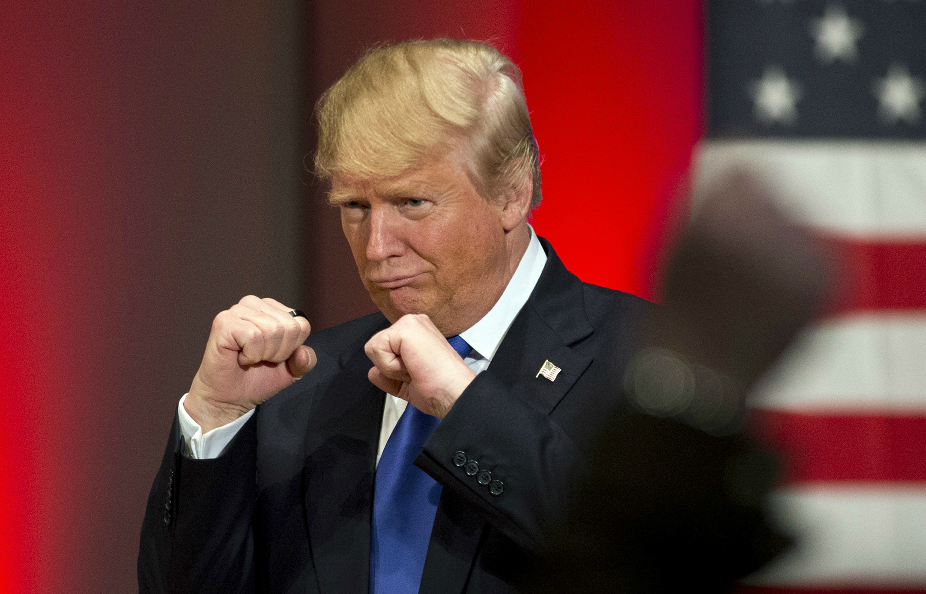 Donald Trump’s presidency has created upheaval in the American political landscape. Here are some of the symptoms.

Some liberal-leaning media organizations take every opportunity to condemn the Trump presidency for the White House's disorganization, and its mishandling of foreign relations, while counting down the days till the demise of the administration. Meanwhile, the conservative media outlets defend Trump's every word and action, regardless of merit. This degree of polarization was not present during George W. Bush’s or Barack Obama administration.

Last month, the Washington Post and the New York Times both apologized for reporting fake news, and some famous editors and reporters even had to quit their jobs. The supposedly objective and fair CNN, has repeatedly raised the question of when President Trump will be impeached, even though Special Counsel Robert Mueller has not released any proof of collusion.

The liberal media have made much of Trump’s associates' meeting with the Russians. In fact, this might be normal before an election. The 2016 presidential election was extremely intense. Under such circumstances, if any candidate were offered damaging materials against an opponent by a foreign agent, he or she would certainly have tried to meet that person. Hillary Clinton would surely have done the same.

What’s even more ridiculous is that during the G20 meetings in Germany, whilst other international media paid much more attention to the world leaders' new proposals or policies, the American media just made fun of President Trump's isolation and criticized the First Lady's dress and behavior.

The conservative Fox News goes in the opposite direction, defending President Trump whole-heartedly, no matter what he says or does. No wonder comments online question whether Fox News has any professional ethics at all.

The establishment elite are uniformly against President Trump

The establishment elites' hostility towards Trump is obvious. When Trump announced his candidacy for President, nobody really believed it, and many treated him as a joke. Both the liberal and conservative elites boycotted his campaign and refused to provide policy consultation for him. After he won the election, there were numerous leaks about the President's decisions as well as about infighting in the White House. No wonder some argued that there was a deep state working against the Trump presidency.

Foreign relations have been damaged by party fighting

No matter what kind of role the Russians played in the 2016 election, the current chaotic state of American politics will only harm America’s interests. Treating Russia as the chief adversary will not help US efforts in counter-terrorism or in maintaining the stability of Europe. American infighting over Russia also narrows the executive branch’s room to maneuver in dealing with the Kremlin.

Donald Trump’s presidency has raised fissures in the American political landscape, as well as fundamental issues concerning the US election system, party politics, and the balance of power between the executive and the legislature.