US-China Relations Entering a Period of Turbulence in 2018 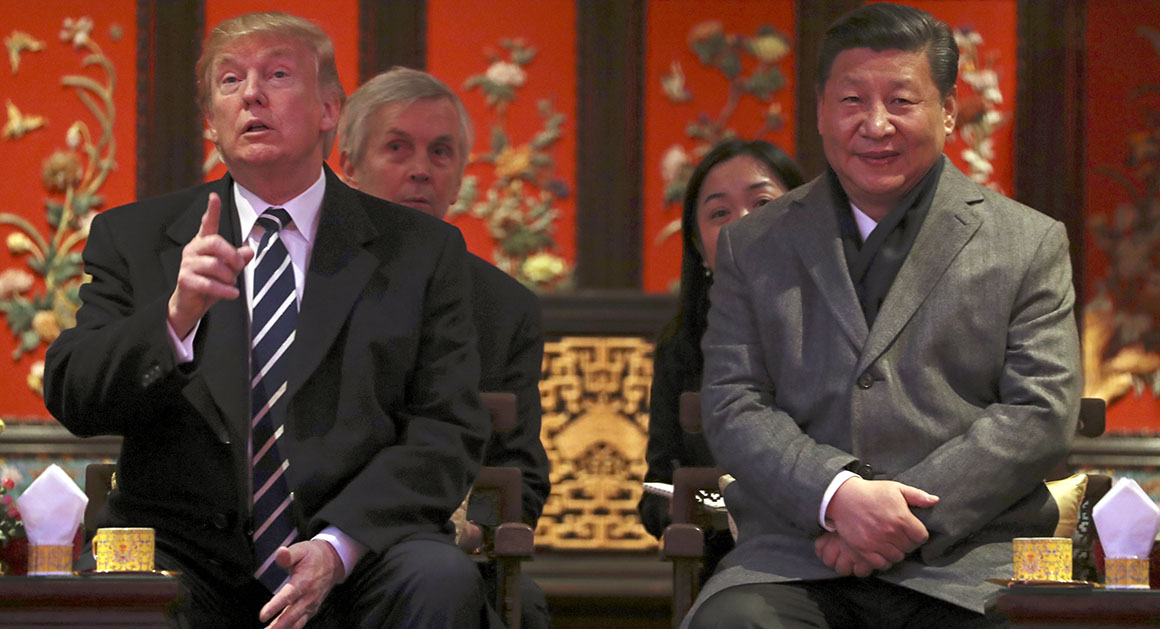 Strategic ambiguity is a tried and tested diplomatic stance. It translates well into Chinese thinking. After all, classical thinkers from Sun Zi to Han Fei over two millennia ago talked of the importance of hiding your intentions, sitting straddling two postures, always maximising your strategic space.

Donald Trump however has introduced a new concept: strategic schizophrenia. One moment he is according Chinese president Xi Jinping the status of `a good guy,’ the next he is threatening trade war, and slapping conditions on Chinese investment coming to the U.S. One day he welcomes Chinese companies Ali Baba and Huawei to set up more projects across the U.S, the next he is tweeting that China needs to do more on North Korea or it will come across as a lame duck.

Whatever other faults he is perceived to have, Trump has so far managed to mark up at least a few achievements with China. His mercurial position has seemingly enforced some action from Beijing on North Korea, with the trade links temporarily closed down in early December, and a new stall on oil. For Xi, the capricious young regent in Pyongyang has already strained his patience to the limit. Allowing this small neighbour to use sentiment and historic links to blight China’s great mission to be a strong, powerful nation by 2021 by antagonising the U.S. would be inconceivable. Maybe Trump just had good timing, but it seems here that his urgings and reciprocal brinkmanship on this issue has enforced action in Beijing. We will see in 2018 how sustainable this is.

For all the Trump bluster, and the legitimate complaint that at the moment the trade relationship that China enjoys with much of the rest of the world is too asymmetrical, the bottom line remains the same: the relationship between the U.S. and China is too important to dice with. It is the critical one of the modern era. This is not like the USSR and the U.S. in the Cold War era where the two at that time lived in two different economic and geopolitical zones. China and the U.S. overlap everywhere, they have 90 official strategic dialogues, the Chinese still hold over a trillion U.S. treasury bonds, and unlike the USSR, China is subtler – not exporting an ideology, just a more self-interested set of messages, to protect its own causes back in Asia.

In 2018, having achieved a relatively trouble-free leadership transition at the 19th Party Congress in Beijing in October, the Xi leadership will maintain its relentless focus on getting China to great nation status and the celebration of one hundred years of the Communist Party in 2021. Its posture will be risk averse. It won’t seek trouble where it doesn’t already exist, it will assert its interests in the South and East China Sea, and continue to role out the Belt and Road Initiative, but it won’t be into unnecessary adventures.

The issue is that while China will want to avoid trouble, will trouble avoid it? It is here the Trump style of leadership with its unpredictability might be a huge problem, with rumblings already starting in Washington of a trade war. The USD $ 250 billion of deals signed when the President was in Beijing in November are already experiencing hitches, with investments being carefully scrutinised in the U.S., and clims of Chinese unfair trade practises starting to surface. As in so many other areas, Trump might serve up some nasty surprises. After all, one of the strongest promises he made in the election last year was to do something about U.S. China trade imbalances, and he had to be seen to have acted on this or risk being called a bluffer.

So far, the combination of Chinese diplomatic finesse and the urging of more pragmatic voices within the administration in the U.S. has prevented any hasty moves. Sitting with Xi Jinping, Trump has largely sounded sanguine and compliant. He did not mention human rights once in his few days in the Chinese capital, breaking a precedent with all of his predecessors, and his comments about China and Chinese leaders have been effusive.

But just as Xi Jinping is the servant of the Communist Party and its mission to deliver what he has called the China Dream to the emerging middle class in the country, so Trump is the servant of the U.S. `base’ – the blue collar workers who feel they have been left behind and largely blame China for the erosion of their living standards and the loss of job opportunities. These two audiences are very different. One wants a bigger global role, and better opportunities, the other wants a return to the good life they felt they once had. The common interest between the two is hard to define.

From late 2018, Trump will start to face mid-term elections. During these, there is every likelihood that the friendly China he talks about now is replaced by China the demon, an exporter of overcapacity, promoter of asymmetrical trade deals, and freeloader on the global trade and security system largely bankrolled by the U.S. that needs to be dealt with. This will stretch Chinese diplomatic patience to its limit. Even worse is the possibility that the American president will feel the time has come to take unilateral action on North Korea, the only country China has a mutual defence treaty with. Were that to happen, global geopolitics would be upended.

China has spent forty years avoiding any appearance of directly confronting the U.S. From Deng onwards, the mission has been to make sure the U.S. does not feel threatened, and that China does not get entangled in a final battle for supremacy. But under a president who does not respect the usual boundaries of predictable, or diplomatic behaviour, this paradigm could be tested to destruction. U.S. China relations in 2018 are entering a critical stage.

Every effort should be made to maintain the status quo. Stumbling into direct confrontation would be a disaster for the world, not just for the two countries directly involved. Nothing should make us complacent about what 2018 holds.