The China-US Relationship Has Changed 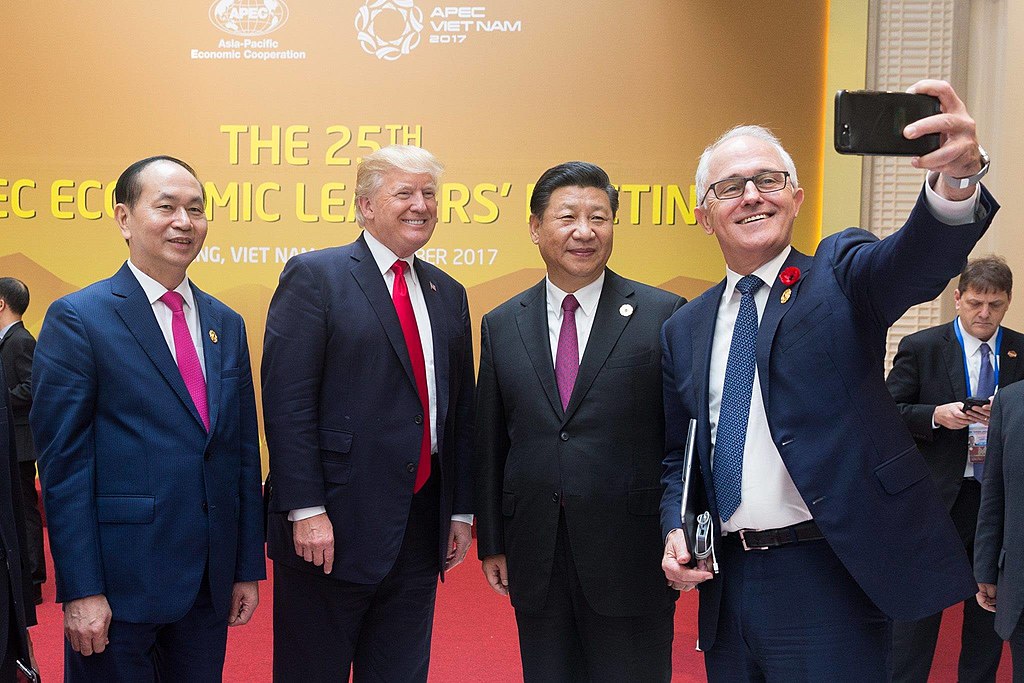 The 40th anniversary of diplomatic relations between China and the US is coming up. Few people imagined that in just forty years such huge changes would take place in their relations. The age of China humbly learning from the US has come to an end as has that of the US allowing China to learn from it at a low cost.

Their relationship is now one of competition and change.

On the one hand, later into Barack Obama’s second term, the American elite’s view of China became increasingly negative and the government started to change its China policy. In the debates over China policy from 2015 to 2017, people concluded that the idealist policy to change the Chinese system by integrating China into the US-led world system, especially the global economic system, had failed. American carelessness and indulgence allowed China to become America’s primary strategic competitor.

The Trump administration has set the tone of competition against China. The 2018 National Security Strategy Report was only the first in a series of documents to that effect. It will be a long-term readjustment process. Behind it is American unease and anxiety at China’s rapid rise. The world’s only superpower is losing its confidence in dealing with China. The Trump administration judges that China aims to replace the US as the world leader. It has therefore chosen to target the Made in China 2025 initiative through trade wars to weaken Chinese innovation.

On the other hand, resentment is piling up rapidly inside China. Today, China’s GDP is over 220 times the figure when it established diplomatic ties with the US. In 2017, Chinese GDP increased by $2 trillion while that of the US only increased by $1.4 trillion. China still lags far behind the US. The gap is manifest in per capita GDP (only one seventh that of the US), military power, scientific and technological innovation and transformation capacity, corporate profitability, cultural soft power, numbers of allies and partners, and many other areas. Nonetheless, today’s China has more confidence and bargaining chips and cannot return to the old way of handling relations with the US.

There is no denying that China’s national strategy and state of mind in the new era are to a considerable extent based on the objective of catching up with and surpassing the US.

In the future, cooperation will further decrease in China-US relations. Under the media’s magnifying lens, the psychological impact from the two countries’ engagements on the South China Sea and trade issues is more pronounced than ever. As such, supporting and maintaining China-US cooperation is transforming from being politically correct to being politically incorrect. But does that necessarily mean a ‘new Cold War’? Will friction and conflicts overpower dialogue and coordination? The question must be answered but we must not rush to conclusions.

The US isn’t committed to a full containment strategy against China. As a matter of fact, most Americans realize it’s already too late for that. The number of ordinary people with a good feeling towards China is increasing. The questions under discussion in the US government and academia are probably the following: How to avoid misplacement of strategic priorities, giving China additional periods of strategic opportunities? How to push the Chinese market to carry out institutional reforms that serve US needs? How to coordinate the interests of the two countries? The discussion has not yet produced any conclusion, which will to a very large extent depend on how things play out today.

A new round of discussion on China-US relations has also started in China. It is not about judging changes of US policy towards China but rather how to deal with the changes. Any moves detrimental to China’s core interests must of course be flatly refused and boldly countered. But it would be a mistake to interpret the increased toughness in America’s China policy as the start of comprehensive strategic containment, and to change the reform and opening-up policy on the basis of that interpretation.

This year marks the fortieth anniversary of reform and opening up in China. Rethinking China-US relations should become an important aspect of the celebrations. Arguably, at the beginning, opening up was first of all oriented towards the American market based on improved relations with the US. If we are not able to maintain a stable relationship with the world’s most powerful country, what will be our goal for the coming forty years? Is it fostering and pulling some junior partners to our side to counter, weaken, and replace the US? How many partners could we get?

Are we able to clearly describe our original intention for reform and opening up? If it was turning China into another America, or a China that handles international relations in the American way, it would have been impossible for China to develop a reliable circle of friends, and even if it did the costs would have been too high.

During his visit to the US in September 2015, President Xi said, ‘There is no such a thing as the so-called Thucydides Trap in the world. But should major countries time and again make the mistakes of strategic miscalculation, they might create such traps for themselves.’ China and the US are now standing at the crossroads of mutual strategic miscalculations, to which many factors have contributed. The two sides must think hard about what misinformation and misunderstandings exist in their communications. Have bilateral relations been trapped in a ‘cycle of mutual stimulation’? Have they made rash conclusions?