What to Expect from the Xi-Trump Summit?

On April 6-7 Presidents Donald Trump and Xi Jinping will hold their first face-to-face meeting at Trump’s seaside residence in Florida. This is unquestionably a good thing—as anytime the leaders of these two major global powers meet in person it sends reassuring signals to a nervous world. In this instance, the uncertainties and nervousness have been particularly pronounced across the Asia-Pacific region, in both countries, and in global markets, since Trump’s election. The stakes are high—but so also is the opportunity to stabilize relations and set a positive tone for future interactions. 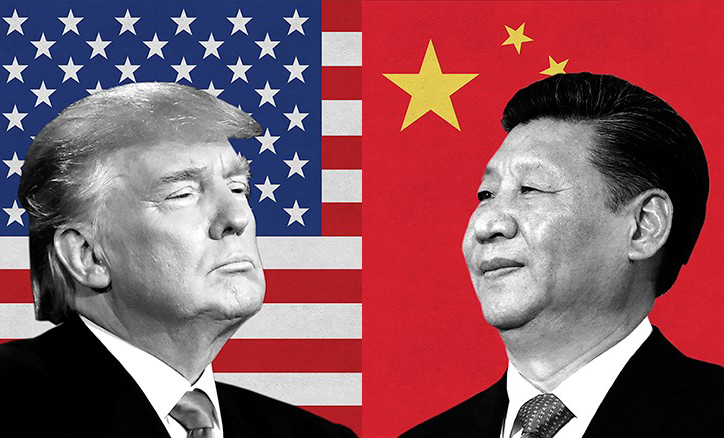 This will be Trump’s first big test in major-power diplomacy. He has not done particularly well in reassuring European leaders, although his meetings with Japanese Prime Minister Shinzo Abe went much better. How Trump handles his meeting with Xi Jinping may also provide some indications of how he will deal with Vladimir Putin and Russia in due course.

President Xi and the Chinese side will come to the summit extremely well prepared on a wide range of complex issues confronting the two governments. The question is: how well prepared will the new American president be? China will be taking Trump’s measure: How sincere is he? Can he be trusted? Does he understand the complexities of the issues? Does he genuinely recognize and respect China’s “core interests”? Will Trump accord President Xi appropriate symbolic respect? What is Trump willing to give in order to get what he wants from Beijing? Indeed, what does he want from China? The Chinese side will be listening carefully to Trump’s words, and the onus will be on him to provide these reassurances.

On the American side, Trump is likely to be myopically focused on three issues: the American economy, North Korea, and the war against ISIS, in that order. Other issues are tangential for Trump. He cares about strengthening the domestic American economy, bringing North Korea to heel, and destroying ISIS. If Xi Jinping is wise (and he is), he will anticipate these priorities and will bring with him significant gestures in each instance.

Taking a page out of Japanese Prime Minister Abe’s playbook (when he visited Mar-a-Lago February 12 and promised $50 billion in infrastructure investment to create 700,000 American jobs), Xi should bring a package of large investments for rebuilding American infrastructure and the industrial economy. He should also come prepared to provide new and concrete measures to rein in North Korea’s nuclear weapons and ballistic missile programs—more finessed fudging by Beijing on this issue will not suffice, and has the real potential to alienate Trump, which could have a negative collateral impact on other issues on the bilateral agenda. It is high time for China to get off the fence and take concrete actions to control the destabilizing and dangerous behavior of Kim 3.0. And it is also overdue for Beijing to contribute tangibly to taking down ISIS and helping to stabilize the Middle East.

If Xi Jinping anticipates these “asks” and comes prepared to concretely address all three—each of which is also in China’s own national interests—then Trump will see China as a friend instead of a foe (and Trump is prone to such simplistic judgments). Xi Jinping would also do well to offer some concrete steps to address the growing obstacles and discrimination that American and other foreign multinational firms have been encountering in China in recent years.

For China’s part, Trump has already provided three things it craves: reaffirmation of the One China Policy, no unilateral punitive economic measures, and the symbolic “face” accorded to Xi Jinping as a world leader.

But, to be sure, China wants more….much more. Beijing wants to halt a pending large arms sales package to Taiwan; it wants a cancellation of the THAAD deployment to South Korea; it wants an end to American naval patrols near China’s coast and its occupied islands in the South China Sea, and an end to US aerial reconnaissance flights along its coastline; it wants the US to not contest its claims in the South China Sea; it wants an end to what it perceives to be American efforts to subvert the Chinese regime; it wants US neutrality on China’s conflicting claims with Japan in the East China Sea; it wants Washington to shun the Dalai Lama; and it wants substantial relaxation of controls on Chinese investments into the United States as well as technology transfers by American firms to China.

Xi Jinping is quite unlikely to gain these concessions from Trump—but summit-watchers should be on the lookout for tradeoffs, quid-pro-quos, or “grand bargains” over these issues. One summit meeting will surely not resolve the long litany of contentious issues that divide the two sides, yet it is hoped that some progress can be made.

Xi-Trump SummitDonald TrumpXi Jinping
printTweet
You might also like
Back to Top
CHINA US Focus 2018 China-United States Exchange Foundation. All rights reserved. Disclaimer