What Trump’s Trip to India Means for China 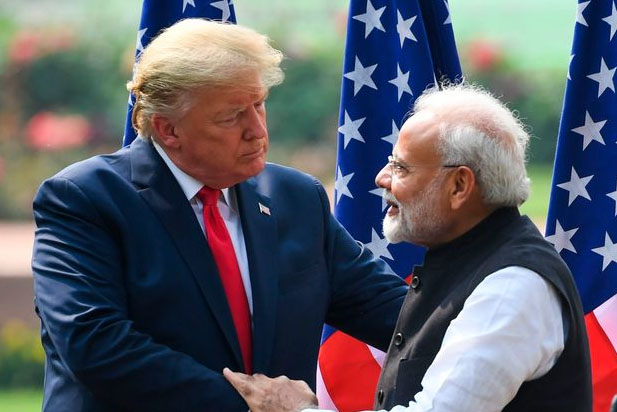 While Washington and New Delhi remain close partners, the trip revealed the limits of their cooperation as well as possible strategic openings for Beijing.

The visit concluded with a joint statement and three memorandums of understanding on mental health, medical products and energy cooperation — a smaller number than expected. The two sides also finalized a defense deal worth $3 billion, but it’s clear the symbolic significance of the visit outweighed its substantive achievements.

Behind the rhetoric about a “comprehensive global partnership,” differences d trade, arms sales and other issues remain difficult to resolve.

Trump’s trip came amid a tit-for-tat trade dispute between India and the United States. Trump has castigated New Delhi for the large bilateral trade imbalance and stripped India of its favorable trading status. Although both sides could have benefited from a trade deal, the United States declined to sign on to a limited trade agreement offered by India that fell short of its ambitions.

In addressing worries about the Belt and Road Initiative, which has speedily expanded China’s global footprint, the leaders discussed the Blue Dot Network, a 2019 U.S. proposal to boost infrastructure and development projects with a focus on the Indo-Pacific region. It is too early to say, however, whether it will develop into an effective strategy to counter the BRI.

As Washington has deemed Beijing a challenger to its global leadership, and U.S.-China ties have deteriorated, the U.S. has looked to India for support — although India may struggle to fill such a role. Trump and Indian Prime Minister Narendra Modi finalized the defense deals and discussed 5G telecom technology and the security situation in the Indo-Pacific in light of China’s growing role in the region. India’s strategic importance was emphasized.

Strategic autonomy is an important aspect of India’s foreign policy, allowing it to deal pragmatically with diverse situations. It has done a good job balancing between the United States and China. New Delhi depends on good relations with both for its economic growth and enjoys greater geopolitical stature amid the U.S.-China tensions.

Therefore, India has chosen to cooperate with the United States on strategic and security matters while staying open to the economic opportunities China has offered in recent years.

A security alliance between the United States and India is definitely not in China’s favor, but China understands there are limits to how fully the U.S. Indo-Pacific Strategy can be implemented by the parties to the Quadrilateral Security Dialogue — Australia, India, Japan and the United States.

So far, the United States has been unable to convince its allies to jump on the anti-China bandwagon, as evidenced by Italy’s signing onto the BRI and the United Kingdom’s decision to include Huawei technology in its 5G networks. This indicates that traditional U.S. partners have their doubts about Washington’s position.

India, likewise, cannot be expected to simply fall in line — especially as China has strengthened its strategic dialogue with the country since 2018 through informal meetings between Chinese President Xi Jinping and Modi.

Despite their many differences, Washington, Beijing  and New Delhi have similar interests in several areas. Trump welcomes India’s role in providing development and security assistance to Afghanistan and emphasized the common need to fight terrorism. Beijing holds a similar position with regard to Kabul and has even started joint projects with New Delhi in Afghanistan following the 2018 Xi-Modi summit in Wuhan, China.

Security cooperation by Washington, New Delhi, Beijing and other regional capitals, with regard to India’s western frontier may offer opportunities to work together and mitigate some of the mistrust born of the Indo-Pacific Strategy, since the region’s security challenges cannot be tackled if viewed only through a zero-sum lens. Such cooperation might be an area where the three powers could achieve results and enhance mutual trust, which could be especially beneficial for U.S.-China ties.

China-India RelationsU.S.-India Relations
printTweet
You might also like
Back to Top
CHINA US Focus 2022 China-United States Exchange Foundation. All rights reserved.