It has now become common knowledge that Xi Jinping, general secretary of the Communist Party of China (CPC) and President of the People’s Republic, sees his historic mission as saving the CPC from internal corruption and societal pressure for political change.  What has been less well-understood is that such mission will be doomed if the all-important Sino-American relationship collapses into a new cold war. 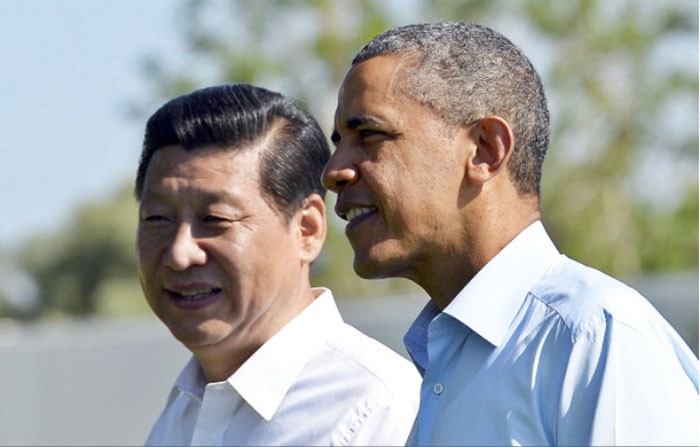 Such a statement is no fear-mongering.  Since Mr. Xi assumed the CPC’s top position in November 2012, U.S.-China relations have been on such a downward spiral that many veteran China watchers believe that the ties between Beijing and Washington are at their lowest level since Tiananmen.  In the last two and half years, a series of incidents, most of them unconnected but nevertheless reflective of a new mindset in Beijing, have severely eroded the foundations of Sino-American relations.  They include widely alleged cyber-attacks against American government and commercial institutions, the escalation of tensions between China and its neighbors over maritime claims in the South and East China Seas, Beijing’s highly publicized efforts to construct international financial institutions, such as the Asian Infrastructure Investment Bank (AIIB) and the New Development Bank, that are seen as rivals to U.S.-led World Bank and Asian Development Bank, and unrelenting crackdown on domestic dissent and civil liberties.

As a result of these developments, both public opinion and elite sentiments are shifting away from support for engagement with China toward a readiness to confront an increasingly hostile great power. Troublingly, as a fierce debate about China rages inside the Beltway, traditional American voices calling for engagement are disquietingly silent.  The American business community, the most powerful and staunchest group for engagement, is basically AWOL – for good reason.  Recent policies taken by the Chinese government, such as selective anti-trust enforcement, indigenous innovation, and imposition of technology standards, have not only hurt the commercial interests of this group, but also convinced them that Beijing is no longer a trust-worthy partner, but a mercantilist Leviathan that equals might with right.

The U.S. non-governmental and scholarly communities have also watched recent developments in China with sadness and disillusionment. Many of their Chinese colleagues have been imprisoned or silenced. Restrictions on social media, the press, NGOs, and academia not only have made their work with Chinese organizations and colleagues increasingly unpleasant and risky, but also have raised disturbing questions whether the current leadership’s regressive policies are destroying one of the political pillars of America’s engagement policy – the unstated but widely accepted premise that such engagement will help bring about a “kinder, gentler” China.

Without doubt, the persistent deterioration in U.S.-China security relations in the last few years is the most alarming development. The unrelenting cyber-attacks and sabre rattling in the South and East China Seas have forced the Pentagon to reassess its principal security threat and weigh potential responses.

If allowed to continue, these trends will most likely result in a breakdown of cooperation between Washington and Beijing. Some may find this assessment unduly alarmist, pointing to the deep economic integration between the two nations. Those who have read too much Marx and Lenin may believe that America will always place its commercial interests above everything else. But a careful reading of American history would show that, when forced to choose, the U.S. has always placed its security above its commercial interests. If, in the worst case scenario, the American establishment reaches a consensus that an authoritarian and powerful China poses an existential threat to American security, well-being, and core values, few should doubt that it has the will and capacity to sever even the densest of commercial ties.

The implication from this gloomy review of recent trends is clear: President Xi’s September state visit to the U.S. is one of China’s last few opportunities to avert a U.S.-China cold war. In terms of the significance of his visit, it ranks with Deng Xiaoping’s historic trip to the U.S. in 1979. Of course, the circumstances are fundamentally different.  Deng’s visit cemented three decades of Sino-American cooperation while Xi’s visit, if successful, can avoid decades of Sino-American conflict.

To ensure the success of his visit, President Xi does not need to look far for advice or ideas.  His summit with President Barack Obama in Beijing last November should be an excellent model.  It was through their demonstration of good faith and commitment to shared interests that the two presidents reached a historic agreement on climate change.  While there is no similar mega agreement on the agenda of his visit to Washington, President Xi can nevertheless reassure the American political establishment that he is leading China in the right direction, and not trying to turn it into another version of the former Soviet Union.  The best place to start is to rethink – and reverse – many of the recent controversial policies that are pushing the U.S.-China relations toward the brink.