Leader-level engagement has always been an anchor of relations between the United States and China. The Nov. 15 virtual summit between President Joe Biden and President Xi Jinping made clear their shared desire to make sure the increasingly competitive relationship does not veer into disastrous conflict.

It’s a reassuring message. The two leaders see their efforts not as a favor to each other but as a responsibility to the world. U.S.-China cooperation is indeed necessary to deal with many mounting challenges, from ending the COVID-19 pandemic to a much-needed economic recovery and climate change issues.

In this issue of Digest, our contributors explore answers to a key question: Can the political will exhibited in the Xi-Biden virtual summit translate into concrete action for improving China-U.S. ties?

Myriad, seemingly insurmountable, disagreements over trade, technology, Taiwan and human rights stand in the way of breakthroughs, as do certain political realities and domestic pressures in the leaders’ own countries.

Ahead of this key summit, ranking Chinese and U.S. diplomats and trade negotiators interacted through a series of meetings, either face-to-face or via video link, and reached some points of consensus.

Climate change envoys released a surprise joint statement during COP26 in Glasgow, Scotland, committing the two countries to coordinating their responses to this crucial global threat. 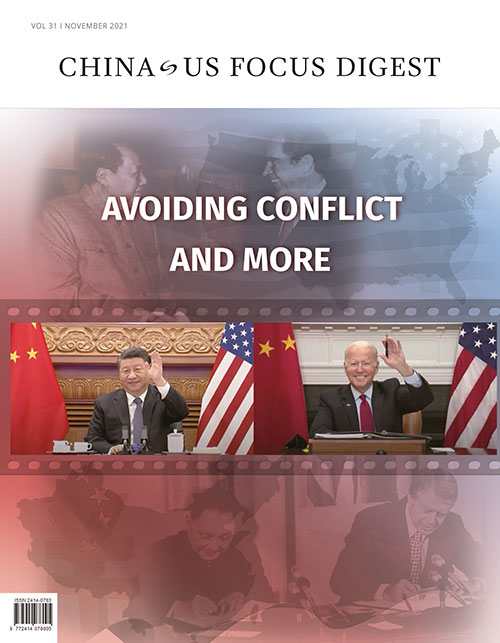 Back to Top
CHINA US Focus 2021 China-United States Exchange Foundation. All rights reserved.