Some assert that North Korea’s nuclear weapons capacity presents an “existential threat” to the United States. Certainly North Korea can now do more damage to America but its nukes are like the sting of a bee: great inconvenience to the victim, death to the bee. Should North Korea ever face its own existential threat, there is every reason to expect it will use its weapons. But without such a threat, there is equally good reason to expect it will not. Particularly after the election of the progressive Moon Jae-in as president of South Korea, it is opportune to consider whether American policy toward the North is due for a radical rethinking. 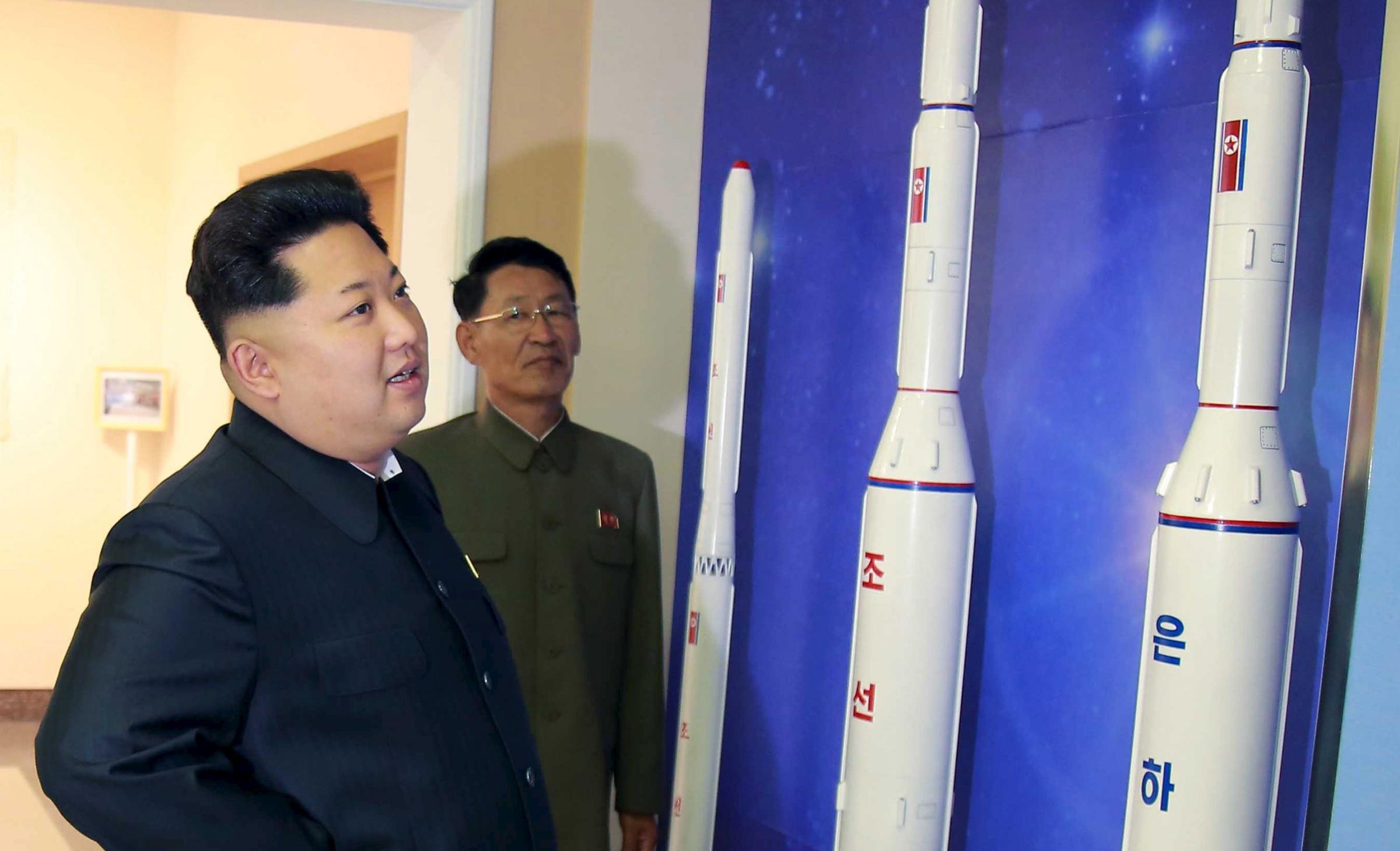 Some also assert the North Korean regime is irrational and that dictator Kim Jong Un is insane. Though Kim may be evil, little suggests he is crazy: he has managed to consolidate his control over the regime, in the process ridding himself (by grotesque means) of condescending attempts by elderly and equally ruthless relatives to guide and control him. If we assume that Kim’s driving goal is power and personal survival, driven by a desire to maintain his own position within the regime, Korean behavior is much in line with what a rational actor model would predict. The regime’s nuclear policy seems consistent with standard deterrence theory: while there is no hope North Korea could ever achieve a second strike capability, its arsenal is sufficient to make it problematic for America to come to the defense of the South in the event of a northern attack, important given the vulnerability of American personnel along the 38th parallel and those in Japan and Guam as well.

Whether North Korea can be a threat depends on its capability; whether it actually is a threat requires consideration of its intentions. There are three major lines of speculation: the North has developed its weapons as a bargaining chip; the North is genuinely afraid of an American attack; and the weapons may be useful against the Republic of Korea.

The bargaining chip hypothesis is unconvincing. The leadership, to be sure, is willing to give the impression that it will change the weapons program in return for favors; but, once the favor is received, it has no incentive to carry through. Furthermore, given American hostility, Kim might even be a fool to abandon his program. The Iraq war was predicated on the premise that Saddam Hussein was about to develop weapons of mass destruction; how likely is it that the war would have taken place if it were thought he already had them? And what can Kim think when he contemplates the fate of Libya’s Muammar Gaddafi?

The second hypothesis is more plausible. North Korea, ever since the signing of the 1953 armistice, has consistently claimed to be afraid of an American attack. But short of a major provocation, this claim was basically paranoid propaganda. Any conflict between the DPRK and the United States would stem from the American commitment to defend South Korea and North Korea’s focus on reunification by peaceful or violent means. The Northern decision for nuclear weapons is what created an intrinsic difference of interest.

Though details of the decision-making process are obscure, a speculative reconstruction of the genesis of the program might run along these lines: By the late 1980s, with communist states collapsing all around and even China faced with grave threats to its domestic legitimacy, it seemed most probable that unification was imminent—on Southern terms and with the demise of the DPRK. Kim Il-sung opted to build nuclear weapons with some foggy notion that they would enhance the probability of regime survival: if nothing else, it would give others, especially the South, an incentive to keep the regime going, since if it did go down it could take the South along with it.

The nuclear program itself, however, undermined regime security, since it frightened the United States. In 1993 President Clinton was prepared to attack the North, and perhaps only Jimmy Carter’s meddling prevented a catastrophe. Subsequently, there was little in American behavior to convince the North the United States might not go to war. This was especially obvious during the George W. Bush administration, but both Clinton and Obama also showed propensity to use force against unsavory regimes, especially those unable to defend themselves.

The North Koreans may still be able to make a positive case for their program, though. While nuclear weapons are generally not considered to be effective weapons of aggression, it can be argued the Northern program be used as an instrument against South Korea. Not as battlefield artillery but as political weaponry used to drive a wedge between the United States and its Southern ally.

Today, the South would likely encourage more such talks. South Korea tends to be more blasé about the threat from the North than are the Americans. As the number of Koreans with living memory of the war is dropping, and younger generations tend to pity their Northern compatriots more than fear them, more Southerners have begun to see the United States as the main obstacle to national reunification. The newly elected progressives tend toward anti-Americanism and conciliation with the North. Koreans of all stripes resent the influence on Korean culture and society exerted by large numbers of foreign soldiers in the heart of their capital. President Moon, has announced a desire to visit North Korea, possibly reviving the old Sunshine Policy, predicated on the notion that the Northerners would be less threatening if only they were fatter and happier, while more seriously creating greater chance for a soft landing when regime collapse does come.

Though conservatives would favor a more confrontational position and few Southerners want a complete withdrawal of American forces, it seems that fear of a US-initiated war on the peninsula outweighs any fear of a Northern attack. This gives America far less reason to treat the Northern regime with hostility.

Hence: a modest proposal. The United States should offer diplomatic recognition to the DPRK, signifying their acceptance as a full and regular member of the international community. While there may be a few private conditions: the North should release those American citizens it is currently holding in effect as hostages; and it should refrain from threatening its neighbors or selling its weapons to terrorists, this recognition should be nearly unconditional. The U.S. should refrain from rhetoric about what a moral monstrosity the DPRK is—but neither should that fact be forgotten. There should also be no hints of aid, or other benefit to the North. Though this may offend the nostrils, consider that both the South and the North are members of the United Nations, and Russia and China already have diplomatic relations with both Korean states.

Obviously this would be a gamble. It assumes that North Korea’s ambitions are limited to the Korean peninsula: that, unlike Iran, it has no pretensions for global or regional influence. It also risks a negative North Korean response. In this case, though, not much is lost: just one more failed initiative with no one any worse off than before. If nothing else, a convincing demonstration that the DPRK is not under foreign threat might increase Chinese impatience with the regime and encourage greater Chinese pressure upon it to behave itself.

While uncertain, there could be a positive payoff. Though the outside world tends to believe the North Koreans are fully brainwashed enthusiasts for the regime, the Northern elite and many regular people know how backward their society is and how the world regards their political order. The experience of how rapidly Maoism vanished in China following the death of the Chairman suggests people are often capable of recognizing when they are misgoverned. Removing the outside threat could sap the regime’s legitimacy, possibly encouraging moves toward liberalizing reform.

The DPRK is likely to have some demands of its own, most obviously reducing American presence in the South. The United States should offer recognition on a take-it-or-leave-it basis, but remain open to considerations and negotiations about the future of relations with both Koreas. Now may be an opportune time to feel out different possibilities, given the current progressive tendency in the South. Rethinking the inclusion of military alliance and the presence of large numbers of foreign troops in the context of U.S. friendship with South Korea, especially in the absence of a real threat from the North, may be welcomed by all sides, though maybe, more in the abstract than in the concrete for the South.

Considering any policy change is likely to be destabilizing, accepting a nuclear-armed North Korea is not without dangers. It could provoke Japan, South Korea, even Taiwan to build weapons of mass destruction: if North Korea can have its nukes, why not others? None of this would be welcomed by China but could encourage China to become more involved in restraining the North.

For Korea one contemplates a regional consortium devoted to issues stemming from a nuclear DPRK: a kind of “Concert of East Asia” based on the old six-power combination: the Koreas, China, Russia, Japan, and America now the somewhat disengaged outsider. The goal would be to encourage proper international behavior by North Korea and promote its economic development, perhaps eventually its peaceful and relatively painless merger with the South.