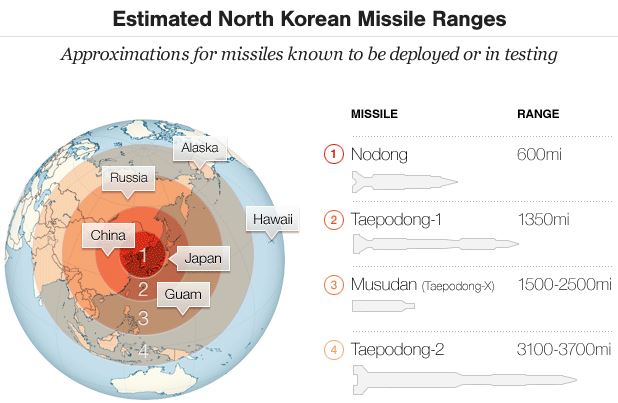 Specialists on North Korea have cited many reasons over the years for why China cannot be relied on to stop the DPRK from continuing its nuclear and missile buildup.  The reasons are by now quite familiar, and have mostly to do with China’s fear that pressuring Kim Jong-un’s regime will destabilize it and produce a chaotic situation adverse to China’s security interests.  Yet U.S. administrations have consistently proposed that China is the key to resolving the standoff with North Korea—that if only Beijing would exploit its economic and political leverage with Pyongyang, Kim will be forced to knuckle under.

The news that Secretary of State Rex Tillerson had, perhaps unintentionally, revealed ongoing U.S. efforts to coordinate with China on the removal of North Korea’s nuclear weapons in the event of a political collapse in Pyongyang further undermines the notion that China has usable leverage. North Korean experts read the newspapers! They have surely known for a long time about U.S.-China consultations on North Korean nukes, and publication of that fact only reinforces it. Now Tillerson has confirmed them, saying “We’ve had conversations with the Chinese about how that [removing the nukes] might be done.” U.S. sources may say that their Chinese counterparts have resisted reaching an agreement that would avoid a clash should both armies move into North Korea in the wake of a collapse. But the North Koreans have no reason to believe that, and every reason to think this is further evidence of Chinese-American collusion to undermine their regime and occupy their country.

To be sure, if the day ever comes when the Kim dynasty implodes, securing North Korea’s nuclear weapons will be important, and ensuring against a clash between Chinese and U.S. forces will be essential. But talking to the Chinese about conflict prevention should immediately deal with the current “most tense and dangerous” situation on the Korean peninsula, as Jeffrey Feltman, the UN Under-Secretary-General for Political Affairs, said on December 17 after returning from talks with North Korean foreign ministry officials. First, China’s proposal of a “freeze for freeze”—a halt in North Korean nuclear and missile tests in return for suspension of provocative U.S.-led military exercises—remains the best one on the table for reducing tensions on the Korean peninsula. Second, keeping nuclear weapons from getting into the wrong hands should be an international responsibility, not a U.S.-China project.  We have the right body to do the difficult work of locating and safely removing nuclear weapons: the International Atomic Energy Agency under the United Nations. Giving the IAEA the assignment of securing North Korea’s nukes would remove a potential new source of friction between China and the U.S., or perhaps between them and South Korea, over which country has the “right” to take possession of those nuclear weapons.

For Tillerson to raise the matter of securing North Korea’s nuclear weapons in public could not come at a worse time, for it only confirms the North Koreans in the view that regime change is a common subject of discussion between Washington and Beijing. Their suspicions can only further undermine what little remains of Tillerson’s idea of direct U.S.-DPRK talks without preconditions—and give North Korea’s hawks more reason to push for completing work on nuclear-tipped inter-continental ballistic missiles. The U.S. and China have common cause to address Kim Jong-un’s primary concerns about security, legitimacy, and economic development. Beyond “freeze-for-freeze” lies the task of crafting a new diplomatic package of incentives within the framework of the September 2005 Six Party Talks Joint Statement, which rests on the principle of “commitment for commitment, action for action.”