Co-existing with a Nuclear North Korea 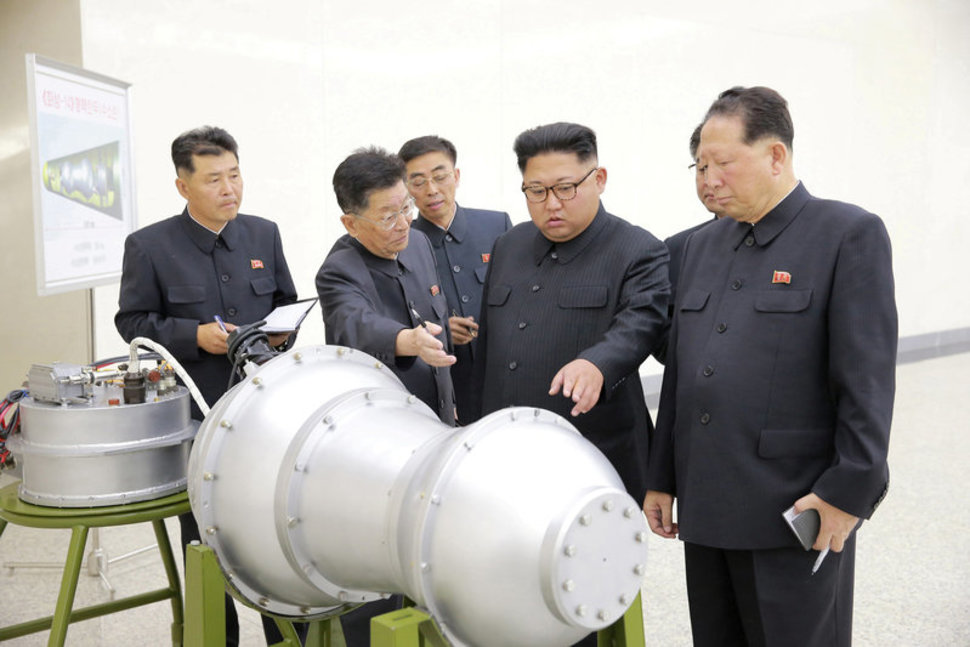 North Korea’s sixth nuclear test on September 3 indicates that Pyongyang has passed the point of no return down the nuclear road. It is now impossible to press it to abandon nuclear weapons. Stakeholders in the nuclear standoff, including China and the US, still refuse to accept the fact that North Korea has become a nuclear power and continue to insist on de-nuclearization as a precondition for restarting dialogue. As Pyongyang presses ahead with its nuclear pursuits, and calls for a military solution rise, many worry about whether it will trigger a war.

First, a military conflict is undesirable.

The North Korean nuclear issue is thorny, and resorting to force, tempting as it may be, may have unpredictable and disastrous consequences. If a war breaks out, there will be a heavy toll on both sides of the 38th Parallel.

This is why a pre-emptive strike on North Korea is not an option. Now is the time to find a new approach. The number one imperative is for the international community to come to terms with reality and learn to co-exist with a nuclear-armed North Korea.

North Korea can be deterred. The deterrence theory has held true since the emergence of atomic bombs. It will be equally applicable to North Korea. Some people question the theory’s applicability to authoritarian regimes like North Korea. Yet the US successfully deterred the Soviet Union during the Cold War, which was very much like North Korea. Deterrence may not work on terrorist organizations, or states driven by religious fanaticism. But North Korea, with its deeply Confucian culture, would not initiate a suicidal attack without being provoked. Everything it does is to ensure its survival.

Second, sanctions by themselves are useless and harmful.

Economic sanctions imposed on North Korea and other countries in the past decades have turned out to be ineffective. The more isolated North Korea is, the more stable the Kim regime will remain. Should the sanctions be eased, even limited openness will create opportunities for North Koreans to know the outside world, and the international community to exert influence on their country.

On the contrary, further sanctions, instead of making North Korea succumb, may create more problems. Once pressures become unbearable, Pyongyang may resort to extreme measures against the sanctions and thus sabotage regional stability, increasing the risk of conflict with other countries.

For example, it might engage in nuclear trafficking. In order to gain cash, North Korea may sell nuclear or missile technologies, equipment, or materials to other countries or non-state entities, creating more security risks.

Or it may blackmail neighboring countries. Currently, North Korea’s nuclear program is intended for deterrence and self-protection. Once sanctions become unbearable, it may conduct low-intensity military provocations against Japan and South Korea, threatening to use nuclear weapons to force them to provide aid and relax sanctions. If oil embargoes are imposed, even China may fall victim to its blackmail.

Or it may resist embargoes and intercepts. The draft resolution the US handed to the UN Security Council calls on countries to impose an energy embargo on North Korea, and to intercept vessels shipping ordnance or fuel to North Korea. If a North Korean crew resists forced inspection, violence may result. An oil embargo may make Pyongyang surrender, or it might stimulate it to take risks.

Third, sanctions, negotiation, and coordination must be conducted simultaneously.

There is a lot for concerned parties to do after they’ve accepted the fact that North Korea is a nuclear power. The US, Japan, and South Korea must do all three at once: while pursuing harsher sanctions, they must engage in talks with Pyongyang without setting preconditions, and coordinate their stances with China and Russia.

The international community can strategically escalate sanctions. These sanctions should not be aimed at pressing Pyongyang to surrender, but at winning more bargaining chips for future talks.

Negotiations with North Korea should be restarted as soon as possible. The goal of the talks should not be denuclearization, but the freezing of nuclear and missile programs. Restarting the dialogue does not mean appeasement. It is aimed at reducing the risk of war, and finding a new way out of the North Korean nuclear crisis.

While escalating sanctions against North Korea, the US, Japan, and South Korea should coordinate their stances with China and Russia. The three may enhance cooperation in the deployment of defensive weapons and information sharing, but must draw lessons from the THAAD deployment and consider Chinese and Russian concerns and interests. If the three countries are willing to take such confidence-building measures as defense dialogue, self-restraint, and verification, they can ease Chinese and Russian suspicions. Then China and Russia should lend their support to resolving the North Korean nuclear issue.