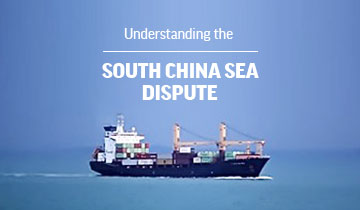 This year is turning out to be a turning point and a transitional period from stability to turbulence and more uncertainty in the South China Sea. U.S.-China relations in the sea are getting more tense at a time of general breakdown.

The statement made by Secretary of State Michael Pompeo on July 13 about the U.S. position on maritime claims in the South China Sea explicitly indicated that the U.S. has completely changed its policy since the 1990s of not taking sides. Many of the accusations are not legally or factually solid. Pompeo’s statement in fact sends a misleading message that China does not abide by international law simply because it refused to participate in the territorial arbitration case brought by the Philippines.

It is worth emphasizing the importance of having a professional understanding and interpretation of international law, especially the 1982 United Nations Convention on the Law of the Sea, rather than using international law as a tool in a public campaign with a political agenda.

The phrases “rule of law” and “rule-making” are often heard these days, particularly during and after the arbitration case. Put in the right context of the South China Sea, the essence comes down to a long-standing debate on the weight or preference given to different sources of international law in jurisprudence. It is about the interplay of three pairs of sources of international law, specifically between old treaties and new treaties (the 1925 Svalbard Treaty and the 1982 UNCLOS in the Arctic), existing treaties and emerging treaties (Antarctica Treaty System and ongoing negotiation of the Marine Biodiversity of Areas Beyond National Jurisdiction (BBNJ2 in Antarctica) and treaties and customs (UNCLOS as a treaty law and historical rights as customs in the South China Sea).

Although many important legal issues exist in the South China Sea, the major legal issue is the relationship of UNCLOS as treaty law and historic rights as customary international law. Unfortunately, the scope and contemporary relevance of historical claims were significantly restricted by the tribunal, which found that UNCLOS supersedes any previous historical titles or rights apart from those explicitly recognized in Articles 10 and 15 of UNCLOS.

Historical rights reflect a continuous, long-established and undisturbed situation. They should be assessed on a case-by-case basis according to the historical particularities and realities behind the claim. What matters most for China and other claimants in the South China Sea is how to balance new maritime regimes, such as exclusive economic zones stimulated by UNCLOS as a treaty law, and historic concepts such as historical waters, historical title or historical rights recognized as customary international law.

The adoption of UNCLOS in 1982 led to a period of relative stability in global ocean affairs by providing a legal framework for the sustainable development of the oceans and its natural resources. However, the challenges of interpreting and implementing UNCLOS should not be ignored. First of all, UNCLOS is not a universally applicable regime. Some countries, especially maritime powers, such as the United States, have yet to formally ratify the convention (although the U.S. does abide by its terms).

Second, the international law of sea goes beyond UNCLOS. The preamble of UNCLOS affirms “that matters not regulated by this Convention continue to be governed by the rules and principles of general international law.” UNCLOS was not intended to be comprehensive, to the extent that there would be no need to create further law. The goal of UNCLOS is to provide for a system of governance, rather than dealing with all substantive matters. In almost 70 of its provisions, UNCLOS refers to the possibility that the subject in question may be governed by another international instrument, bilateral or multilateral, anterior or posterior.

Third, the unique balance of UNCLOS was abused. UNCLOS is a package of deals after decades of hard negotiation that aims to maintain a delicate balance of different interest groups. The existing practice of litigation or arbitration shows that the manner and approach concerning the interpretation and application of some provisions of UNCLOS lacks prudence and needs to be carefully reviewed. One example is the interpretation and applicability of article 298. The principle of  “state consent” has been ignored.

Fourth, the South China Sea arbitration case brought to the forefront other competing interpretations, including the applicability of the tribunal’s award to outstanding entitlement disputes, and the enforcement of the award’s provisions. More broadly, the arbitration case shone the spotlight on the sensitive issue of judicial lawmaking. As a general practice, when adjudicating a dispute, international judicial bodies must identify, elaborate, and apply relevant international laws and rules to eliminate the sources of the dispute. Judicial interpretations should hew to the letter and spirit of relevant laws and rules and ideally in contested interpretive areas pay due regard to prevailing state practices. Disputing parties resort to international judicial institutions on the basis of their mutual trust in international law and their expectation of fair redress.

Of late, however, the principle of judicial lawmaking in the international maritime jurisprudential space has been damaged by the South China Sea Arbitral Tribunal, which fashioned fresh legal rules that depart from the intent of the legal texts and prevailing state practices.

Additionally, in the process of doing so, this trend has disturbed the regularity and legal stability that state parties have come to expect when they submit to the dispute settlement chapter under UNCLOS. Legal scholar Anthony Carty has criticized the Arbitratal Tribunal for overstepping in making new legal policy governing disputed islands. Some analysts also opined that the role of the judiciary in any legal order has to be limited to the interpretation of norms about whose meaning there is a broad social consensus.

Rather than the UNCLOS regime itself, coastal states assume a large share of the responsibility for responding to the most pressing problems of ocean governance confronting us at this time. Because the most serious problems involve areas under the jurisdiction of coastal states, the UNCLOS regime grants far-reaching authority to these states to handle matters arising within their EEZs. After all, the UNCLOS regime encompasses legal arrangements that feature the devolution of authority from the center to the individual coastal states with regard to events occurring in their EEZs. It is the states’ responsibility to follow up with the implementation and improvement of UNCLOS in its various forms, such as national marine legislation, an ocean governance system and state practices in ocean dispute settlement.

The arbitration case between the Philippines and China is a test of the efficacy of the compulsory dispute resolution mechanism under UNCLOS. State practices in maritime dispute management in the region suggest that there is no unique or single answer on the best approach to dispute resolution.

In the future, no matter what approach China takes in settling its maritime disputes, be it through negotiation, conciliation, litigation or arbitration, the important principle is state consent and mutual respect.

South China SeaGeopoliticsRegional Security
printTweet
You might also like
Back to Top
CHINA US Focus 2023 China-United States Exchange Foundation. All rights reserved.