Failing to learn from the Iran Nuclear Deal 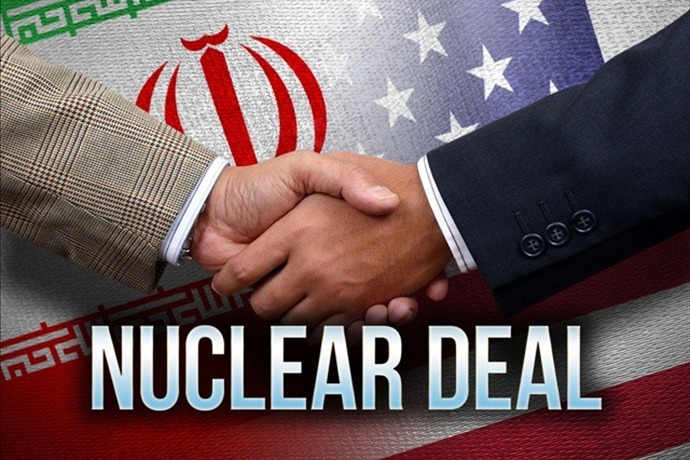 There have been two challenging proliferation issues over the past two decades: one involving Iran, the other North Korea. Iran’s nuclear weapons program was stopped through hard negotiation, while the North Korean nuclear issue remains unresolved.

President Donald Trump refused to certify Iran's compliance with the nuclear deal, and announced a new strategy to deal with it last Friday. In doing so, he shifted the burden to Congress to fix the supposedly bad deal. If Congress, together with European allies, cannot work out a reasonable solution, he will withdraw from the deal and put the blame on someone else. Whatever happens, the future of the Iran nuclear deal is getting very difficult.

Most observers consider the Iran nuclear deal a non-proliferation success, and many lessons can be learned from it. First, the deal was reached through diplomacy instead of the threat of military force. President Barack Obama clearly favored this approach, and both he and his team put great effort into it. Thus, there was no red line and no war of words, as they knew such things would only escalate the crisis. Second, the Obama administration understood that negotiation was not one party dictating to the other but a process of give and take, enabling the US to meet Iran halfway. The resulting deal was not ideal for either party, but ultimately it benefited both. The development of Iran’s military capabilities in the past decades shows that an imperfect diplomatic solution is better than no solution. Third, sanctions might have played a role in convincing Iran to return to the negotiating table, but it was international engagement and multilateral cooperation among major players, not tough sanctions, that made the deal possible.

The lessons of the Iran nuclear deal might not be a silver bullet for the North Korean nuclear issue, but at the least it sheds light on how the tough issue should be approached. However, President Trump’s words and actions indicate that he’s learned nothing from it. First, he emphasizes the military option over diplomacy. His muscular attitude can be seen in his tweets, interviews, and public statements. He threatened "fire and fury", and said the US was "locked and loaded" to "totally destroy" North Korea. When Secretary of State Rex Tillerson tried to moderate his harsh rhetoric by talking about diplomacy, Trump undercut him by asking him not to waste time trying to negotiate with North Korea. He dispatched two aircraft carriers to the region, and flew his bombers, posturing as a warmonger. He pretended to be a tough guy, a mad man, but he did not know that Kim Jong-un is even tougher and madder than him. Empty threats did not lead to negotiation. Second, although President Trump talks a lot about the North Korea nuclear issue, his strategy remains vague at best. He is not ready to give, and does not have a clear plan to resolve the issue. North Korea has invested everything to develop its nuclear and missile capability, and it is not going to give it up for nothing. Hosting Kim Jong-un at the White House with hamburgers as a state dinner is not a sincere offer for negotiation; nicknaming Kim “Little Rocket Man” and threatening to kill him is not the right posture for diplomacy. Finally, Trump overestimated the power of economic sanctions and political isolation to make North Korea back down, and ignored the other party's legitimate concerns. The situation is worsening, and the mad man theory and the boat-rocking strategy scared no one.

It’s time for Trump to rethink his strategy and learn from the success of the Iran nuclear deal. All the other parties involved in the Iran nuclear deal insist that Iran is fulfilling its obligations. Trump refused to certify Iran's compliance by arguing that Iran was not living up to the spirit of the deal. His excuses sound very similar to the tricks played by the Bush administration before the Iraq War. Last Friday, he also outlined a set of measures to address "the full range of Iran’s destructive actions". He is moving the goalposts. After the Iran nuclear deal was concluded, President Obama warned that the United States should resist the drumbeat of war. Trump doesn’t seem to have taken that warning to heart.

Trump’s ambitions might run far ahead of reality. When taking office, almost every new president wants to make a change. President Trump's "freestyle" approach to nonproliferation challenges will have a price. By failing to learn the right lessons and winging it on Iran and North Korea, he risks everything.

US-Iraq RelationsNuclear Security
printTweet
You might also like
Back to Top
CHINA US Focus 2018 China-United States Exchange Foundation. All rights reserved. Disclaimer