Is There Hope for Peaceful Settlement of Korean Nuclear Issue? 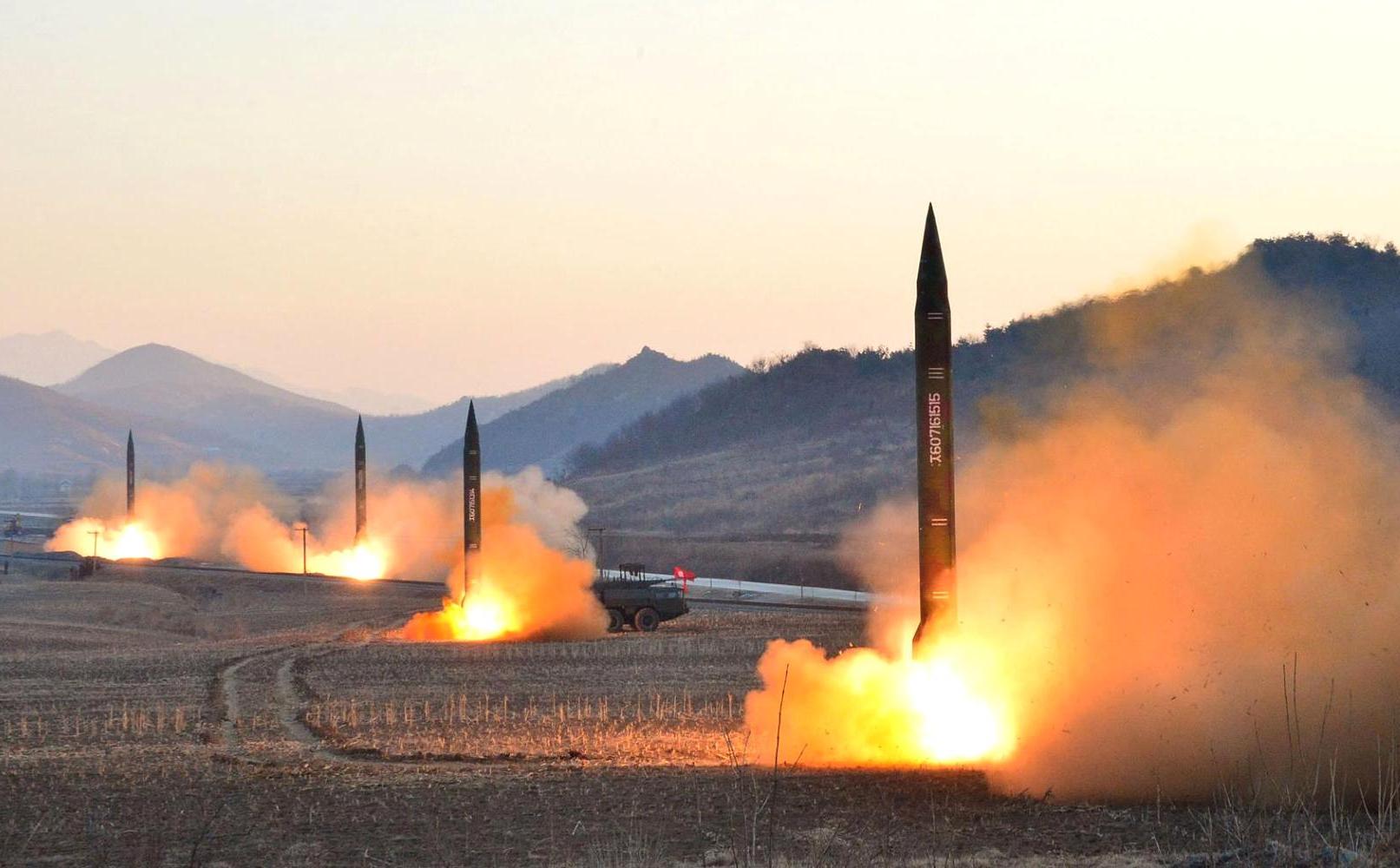 A ballistic rocket launching drill of Hwasong artillery units of the Strategic Force of the KPA in this undated photo released by North Korea's Korean Central News Agency (KCNA) in Pyongyang March 7, 2017.

North Korea’s sixth nuclear test and multiple ICBM launches in 2017 have led to rising concern in the US that it’s approaching the threshold of being capable of nuclear attacks on the US mainland. The US wants to exert greater military intimidation and economic sanctions on North Korea. Meanwhile, there is no peace talks, which every UN Security Council resolution called for. The Korean nuclear crisis has turned into a major security challenge. Is there still hope of peaceful settlement ?

Since 2006 when North Korea made the first nuclear test, the UN Security Council has adopted nine resolutions on sanctions, with the latest Resolution 2375, banning 90% of its trade which is estimated to fall to around US$2 billion in 2018, about the level of the late 1990s. In addition, the US and its allies have imposed unilateral sanctions to deter any financial, investment and services exchanges from the outside world.

These measures have put North Korea in a very difficult situation, yet failed to stop its nuclear and missile programs. Instead North Korea is more determined and by deliberately showcasing its progress in nuclear warhead miniaturization and ballistic missile technologies, it’s defying all pressures and calls of the outside world.

North Korea’s economy isn’t much worse off than before growing by around 1% in the previous two years, and its grain output grew by 7%, reaching 4.81 million tons in 2016, the highest since the mid-1990s. Plus the international humanitarian assistance, it can meet people’s minimum needs.

Why over a decade of sanctions failed to force North Korea to comply? There can be a long list of reasons. For North Korea, this is a national security matter and there is no convincing alternative. On the part of the US and its allies, they are often distracted from the nuclear issue, paying more attention to North Korea’s domestic wrongdoings and even grew into the belief that the regime would collapse under tough sanctions. Any compromise in peace talks would be regarded as condoning the regime.

The Korean nuclear issue has now entered a dangerous stage like a fast train in a dark tunnel. The stake is high for the security of the region and for the credibility of the non-proliferation regime. When reaching the end of the tunnel, one may not see the end of the problem but the beginning of more troubles.

Is there a way out? Since the root cause is hostility on the Peninsula the US, which is a key party, should try to ease instead of heightening the hostility. While imposing pressure and sanctions, it needs to leave an opening to North Korea by launching peace talks, offering necessary diplomatic compromises and seriously considering North Korea’s security appeals.

The US likes to talk about military option, but the fact that it has allow the issue to drag on for so long indicates that a decision on war is very hard given potential cost and unpredictable consequences. But its act of threat and rhetoric of war has successfully scared North Korea into the belief that achieving nuclear capabilities is the only way of self-protection. Facing today’s dilemma, does the US want to continue deceiving itself and keep dragging on?

For China, sanctions are necessary but they would work only when the door to peace talks is open. As pointed out by Chinese Foreign Minister Wang Yi, applying sanctions and facilitating talks should proceed simultaneously.

The US should adjust its policy objective and try to bring the situation to peaceful track. China has proposed the “suspension for suspension” initiative, i.e. North Korea suspending nuclear and missile tests and the US and South Korea suspending large-scale military exercises, to give peace talks a chance.

China-US coordination is essential. Since President Trump took office, the relationship between China and the US has been on a normal track. The two countries have demonstrated willingness to handle bilateral issues and avoid collision. A bigger test is whether they can truly coordinate to handle international challenges, which requires deeper and more stable strategic trust.

During President Trump’s visit to China last November, Chinese President Xi Jinping gave him a full account of China’s position on this issue. The two sides expressed commitment to the international non-proliferation regime, and denuclearization on the Peninsula. Neither side would recognize North Korea as a nuclear weapon state.

They agreed to keep pressure on North Korea’s nuclear and missile activities by implementing the UN Security Council resolutions. They are also committed to resorting to dialogue and negotiations to resolve the issue peacefully and address the legitimate concerns of all parties. The two sides agreed to stay in close touch and update each other on the measures that they would take.

Admittedly, there are differences. First, China disapproves military solution. Second, China views sanctions as means to advance peace talks and prefers to focus on the nuclear issue. Third, China opposes any moves by the US and its allies to undermine China’s security interests, i.e. THAAD deployment.

China has faithfully implemented the UN sanctions. For example, since last February, Chinese institutions have banned or restricted imports of coal, iron and lead as well as their ores, and textiles from North Korea and exports of condensed oil and refined oil products to it. No joint ventures are allowed with North Korean entities or individuals. Chinese financial authorities will conduct retroactive investigations into relevant North Korean individuals and entities.

These steps are not without cost. Many Chinese companies suffered huge lost. Sanctions have also damaged China’s relations with North Korea.

China is firmly committed to denuclearization, peace and stability on the Peninsula and will carry out its international obligations and engage in close coordination with the US as well as Russia, ROK and other countries.

The Korean nuclear issue calls for reflections on a new order in Northeast Asia. China’s diplomatic objectives include building a community with a shared future for mankind. This provides new philosophical thinking for achieving common security on the Peninsula.

China doesn’t want to see war, chaos, nuclear pollution, or a refugee wave on the Peninsula. An outbreak of war makes no winner. We need to take a fresh look and new approach to security and the order in Northeast Asia and realize that our future is tied together.

If the US and its allies refuse to “live and let live”, they may never see the need for compromise.

The window for peaceful settlement isn’t completely closed and the current crisis should be turned to an opportunity. Pressure should be applied in a comprehensive and smart way, accompanied with sincere offer for talks, taking North Korea as an equal sovereign state and addressing its concern for security and development.

North Korea should also view the current situation in a sober way and seize the opportunity to return to talks. There have been some new development lately as signals for talks are being sent out both from North Korea and from the US. Should the peace talks start, there would be hope for avoiding war and finding the pathway towards a solution instead of everyone losing out. It takes all parties’ sincere efforts should we want to come out of the dark tunnel. In doing so, we may ultimately build an all-inclusive security architecture in the region, in which every country’s security is ensured.