Nuclear Lessons for the World 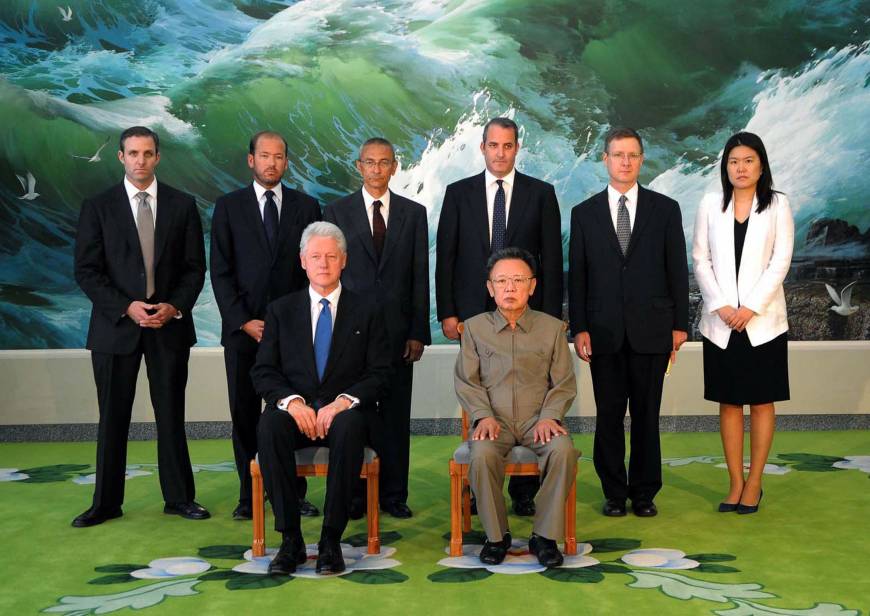 Over the last two decades, tensions have periodically risen over both North Korea and Iran’s nuclear programs. Recently, these two issues have resurfaced. In the first half of September, North Korea conducted nuclear weapon and missile tests, and the US slapped new sanctions on Iran for its missile program.

People in Western media and academia have speculated on the possible exchange of nuclear technology and expertise between North Korea and Iran, but few discuss what’s been learned from how the US managed nuclear issues with the two countries. In particular, lessons learned from dealing with North Korea have not been applied to dealing with Iran, ensuring that a similar result will be obtained.

The first lesson should be that the US should stick to its end of the bargain. It’s true that there are many reasons behind the complex, sensitive, and grave situation on the Korean Peninsula. But the US cannot claim the fault for this lies solely with the other parties. It must bear its brunt of the blame.

The problem can be traced back to 1994. According to the Agreed Framework, North Korea was to freeze operation and construction of nuclear reactors suspected of being part of a covert nuclear weapons program in exchange for two proliferation-resistant nuclear power reactors. If the agreement was implemented, chances that the North Korean nuclear issue would have been resolved are high. But unfortunately, in order to punish North Korea for its 1998 Taepodong missile test, the Clinton administration, and the subsequent Bush administration suspended implementation of the agreement.

The US might have had legitimate concerns about North Korea’s missile test, but its actions resulted in North Korea ousting the inspectors, and gave it an excuse to withdraw from the agreement.

The second lesson is that the US cannot expect other parties to uphold their side of the deal while posing a military threat to them. Some important US policymakers believe military threats can be the most efficient way to make the other side stick to its promises, but it can also make it take unilateral steps to ensure its security. The US’ annual joint military exercises with South Korea provoked North Korea to seek nuclear weapons.

The third lesson should be that once a deal has been signed, the parties should not just rest on their laurels, but should work to improve bilateral relations. Any deal can be fragile if the parties do not have confidence in each other. It was largely because of the hostile relations between two that the nuclear deal finally failed. If the relations between the two were normalized, there could have been another outcome.

It’s true Iran is quite different from North Korea. For one, it’s more open and more connected with the rest of the world, but the same lessons can be applied. Instead, unfortunately, many of the same mistakes are being repeated with Iran.

Firstly, it is the US that is undermining the deal. After the Obama administration signed the nuclear deal with Iran, the Trump administration said it would tear it up. Apparently, Donald Trump has already set up a team to plan America’s exit from the deal, and Nikki Haley, his envoy to the UN, is trying to find evidence of a breach by Iran, despite the fact that the recent IAEA report found Iran in compliance with it.

And just like with North Korea, the US has taken issue with Iran’s missile program, which is not actually prohibited by the nuclear deal or the Nuclear Non-Proliferation Treaty. On September 14, the Trump administration extended the waiver of sanctions, but at the same time imposed new penalties on 15 persons and companies accused of supporting Iran’s missile programs or being involved in the cyber attack against the American financial system. Just like with North Korea, the missile issue could undermine the Iran nuclear deal. And Trump’s irresponsible behavior might cause Iran to withdraw from the deal and the Nuclear Non-Proliferation Treaty, and even to weaponize its nuclear program.

Secondly, the US is over reliant on its military in handling Iran. The US has the largest military presence in the Middle East, and one of the purposes of this presence is to contain Iran. Its frequent small-scale clashes with the Iranian navy have shown its willingness to resort to military force. Just like with North Korea, these things might make Iran fear for its security and prompt it to weaponize its nuclear program.

Historical lessons should be applied to resolve the Iran nuclear issue and for the sake of the future of non-proliferation. Iran’s openness to the rest of the world compared to North Korea will greatly restrict its nuclear ambitions. But if the US repeats the mistakes it made with Pyongyang, chances are that it will get a similar result. Iran might ultimately decide to develop nuclear weapons, but the US should not make that decision easier for it.