Dealing with North Korea dominated China’s Foreign Minister Wang Yi’s three-day visit to the United States in late February. This trip, the third meeting between Wang and U.S. Secretary of State John Kerry in less than one month, was no ordinary visit. 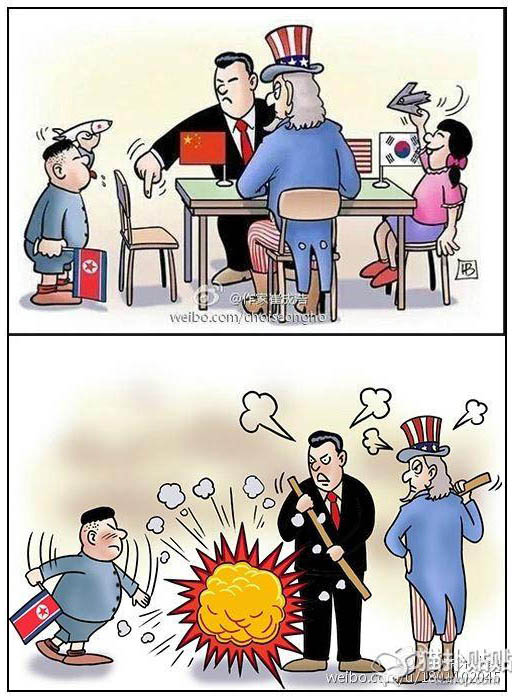 In addition to addressing new concerns regarding the South China Sea, the suddenly arranged trip was to narrow the persistent gap between the Chinese and U.S. positions regarding the Democratic People’s Republic of Korea (DPRK), or at least prevent each country’s tensions with Pyongyang from becoming a source of greater strain between each other.

China, the United States, and other countries quickly condemned North Korea for its Jan. 6 nuclear weapons test and its Feb. 7 satellite rocket launch for violating UN sanctions. Both China and the United States approved the UN sanctions, which prohibit such actions. These two countries clearly are fed up with the antics of the DPRK dictator.

Debate continues whether the DPRK atomic bomb test in January marked any major change in North Korea’s military capabilities. The explosion was not a hydrogen weapon, miniaturized or otherwise, but may have been an atomic bomb “boosted” by various enhancements that could also help manufacture a hydrogen bomb.

Similarly, North Korea has tested its long-range “rocket” before, but on this occasion the flight went farther. The UN prohibited such tests since researching and developing space-delivery vehicles that can place satellites into exo-atmospheric orbit also generates the technologies needed for a country to develop an intercontinental ballistic missile.

Fundamentally, the debate concerns the pace of North Korea’s advancement towards its goal of having a long-range missile that could deliver a nuclear warhead to the U.S. mainland. The direction is clear—with enough testing of its warhead design and delivery systems, North Korea will eventually have that ability. That is unless the United States or China or some other external actor take stronger actions to force the regime to change course, or there is a change in the regime itself.

In response to the DPRK tests, the United States has taken several stern measures—unilaterally and in partnership with South Korea and Japan. Military representatives from the three countries agreed to cooperate more on intelligence sharing regarding the DPRK and, more innovatively, to support ASEAN countries with equipment, training, and other assistance to strengthen their capacity to interdict DPRK imports of UN-banned items for its missile and nuclear programs.

It is often mistakenly assumed that North Korea is already so heavily sanctioned that additional measures will have no impact. But until now the international and even U.S. sanctions on North Korea have been considerably more limited than those on Iran. This is changing.

In the past week, the U.S. Congress and the Obama administration have crafted a set of more severe sanctions that more closely resemble those steps that helped force Tehran to make important concessions regarding its nuclear program. These measures include targeting actors supporting the DPRK’s weapons of mass destruction (WMD) program—including the financing of these programs through large-scale trading in certain minerals or metals which have contributed to the regime’s atrocious human rights record. U.S. funding for humanitarian assistance and radio broadcasts into North Korea will also increase.

Although sanctions by themselves cannot force an end to Pyongyang’s WMD program and human rights abuses, they can at least slow down its nuclear weapons and missile development programs. A reduction of funds affects what raw materials and items the regime has available to purchase for these programs. Sanctions can also discourage foreign nations like Iran and international businesses from supporting these programs, while simultaneously deterring other governments from pursing WMD development and torture.

Furthermore, Washington and Seoul have begun formal consultations about possibly deploying the U.S. Terminal High Altitude Area Defense (THAAD) system to South Korea. Both the United States and South Korea already have missile defenses on the peninsula. THAAD could more effectively protect South Korea from short and medium-range ballistic missiles from the north since it has a longer range, more powerful sensors, and can target missiles at higher altitudes than the current Patriot batteries now in South Korea

Official Chinese and U.S. rhetoric regarding North Korea’s recent tests has been harmonious—both governments condemned Pyongyang’s provocations in the strongest terms. Yet, Beijing and Washington have yet to reach a consensus on a mutually acceptable response to the Korean crisis. In particular, the two parties are still negotiating the terms of the UN Security Council resolution addressing the situation.

Whereas Washington has been seeking Beijing’s support for harder-hitting sanctions targeting more than just the North’s missile and nuclear programs, China wants to limit punishments and instead favors resuming dialogue with Pyongyang on the denuclearization of the Korean Peninsula.

The United States is not prepared to follow China’s path toward a rapid resurrection of the Six-Party Talks seeking North Korea’s denuclearization until the DPRK makes genuine progress toward eliminating its nuclear weapons program. Meanwhile, Beijing resists imposing the strong pressure on Pyongyang that Washington favors and opposes the alternative U.S. policies of applying unilateral sanctions on North Korea’s foreign enablers or reinforcing military pressure on North Korea.

In addition to general complaints about the perceived failures of the Obama administration’s policy of “strategic patience” toward North Korea and holding Beijing responsible for Pyongyang’s actions, China objects to U.S. secondary sanctions that could penalize Chinese nationals and companies aiding North Korea’s WMD and missile programs, such as with asset freezes, even if they do not operate in the United States. PRC representatives also oppose the deployment of more U.S. military assets in South Korea, especially THAAD, and South Korean-U.S. military exercises that Beijing considers provocative and potentially threatening to China.

Given these Sino-American differences, the most immediate challenge for Wang’s team regarding North Korea was to avoid U.S. sanctions on Chinese banks and other companies operating in North Korea—either by ending any connections they might have with Pyongyang’s WMD and human rights programs or confirming that they have no such association.

Meanwhile, U.S. officials must address Chinese worries that these sanctions aim at promoting the immediate collapse of the DPRK regime—which while desirable is not an immediate U.S. goal.