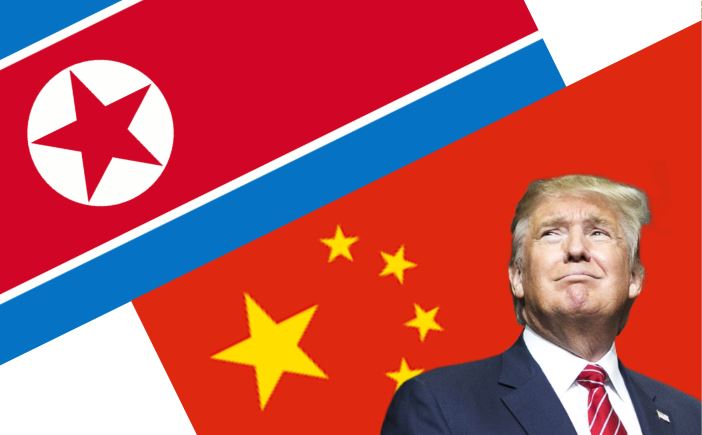 North Korea is developing both nuclear weapons and ICBMs, and China has become the chief scapegoat to many Americans. President Donald Trump variously claimed that Beijing has “almost complete control over North Korea” and has done “NOTHING for us” on the issue. Many U.S. lawmakers and commentators agree with him.

Chuck DeVore of the Texas Public Policy Foundation went so far as to claim that Pyongyang “is China’s proxy, not an independent actor.” In response, he advocated announcing “that any North Korean nuclear strike will be treated as a nuclear strike from China.”

The proposal is foolish on its face. Tying the North and People’s Republic of China together would turn a potential conflict with a small, bankrupt, backward state into one with an incipient great and likely eventual super power.

More fundamentally, though, it’s a delusion to believe that Pyongyang is but a puppet of the PRC. If only that were true. Indeed, that likely is one of Kim Jong-un’s fears, and helps explain the apparent assassination of his older half-brother earlier this year. Kim Jong-nam, who lived under China’s protection in Macau, was an obvious possible frontman for a more pliable, Chinese-dominated North Korean regime.

Alas, the Democratic People’s Republic of Korea is under no one’s control. Which is why reliance on what Beijing dismisses as the “China responsibility theory” for the North’s nuclear program is a dead end.

The ancient Korean kingdom was a tributary state, under its northern neighbor’s influence if not formal authority. But Japan took control after its victory over China in 1895, eventually turning the peninsula into a colony.

Kim Il-sung was a guerrilla leader backed by the Soviet Union against Japan. After Japan’s defeat the U.S. and U.S.S.R. divided Korea into separate occupation zones. Moscow placed Kim in charge in what became the DPRK. He won Joseph Stalin’s backing to forcibly reunify the peninsula, triggering the Korean War.

But after America’s intervention the Soviets were unwilling to risk a superpower confrontation with Washington. So the task of blocking U.S.-led reunification of the two Koreas fell to the PRC. After nearly three more years of war an armistice finally was reached.

The North exhibited little appreciation for China’s assistance, even though Mao’s son died in the fight. Kim consolidated power by presenting himself as the hero who battled, as I was told during my June visit to the DPRK, “American imperialists” and their “South Korean puppets” and European “satellites.” At the Victorious Fatherland War Museum I saw no mention of the intervention of Chinese troops, who suffered hundreds of thousands of casualties.

Moreover, as Kim consolidated power in the aftermath of his horrific miscalculation in starting a war he almost lost, he eliminated both the pro-Soviet and pro-Chinese factions of the Korean Workers Party. Beijing protested, but to no avail. By the end of the 1950s his position was unassailable. And his governing philosophy became Juche, or self-reliance. He directed that as much against his nominal communist allies as the West.

Over the years China-DPRK relations waxed and waned. They were particularly difficult during the Cultural Revolution. Pyongyang tolerated Beijing’s recognition of South Korea in 1992 because it had no choice, especially since Russia already had done so. But if there has been one constant since then, it is that the Kims—now in the third generation in what amounts to a monarchy, which the Chinese opposed—pay little attention to the PRC’s wishes. For years Beijing urged Kim Jong-il, Kim Il-sung’s son and successor, to emulate China’s economic reforms, but to no avail: he apparently feared economic change would be too destabilizing.

Today Chinese officials bemoan their lack of influence over the North, especially its nuclear and missile activities. Lest that professed sentiment be dismissed as part of an elaborate ruse after having turned the DPRK into a military proxy, there simply is no evidence of Chinese control and plenty of evidence of mutual discord. The likelihood of turning a state that rigorously protected its independence for decades into a puppet seems vanishingly small.

Moreover, Beijing’s frustration reflects what would appear to be in China’s natural interest. Beijing already has a nuclear deterrent. Making the North into a nuclear state would not augment Chinese power. Doing so would, however, diminish Chinese control. Indeed, history is filled with examples of supposed puppet states growing less docile. The PRC doesn’t want a nuclear war fought along its border.

What China almost certainly desires is an independent but friendly buffer state. For that reason it resists U.S. demands to impose bone-crunching economic sanctions on the North. However, this stance reflects more than a desire to annoy America. Rather, Beijing sees it as a matter of national security.

The PRC does not want a failed state, potentially convulsed by violence and enveloped in chaos, on its border. Nor does China want a united Korea allied with America and hosting U.S. troops on the Yalu. After all, that’s essentially what Beijing went to war to prevent in 1950. Washington is demanding that the PRC hand over its one military ally to the superpower which maintains an alliance network dedicated to containing China. Turn the situation around: Washington would be unlikely to agree.

Instead of oscillating between praise for and denunciations of Beijing, President Trump should negotiate. For instance, offer to pull U.S. forces out of a reunified Korea. Promise China a free hand in the North if the Kim regime collapses. Pledge aid if millions of North Koreans flee across the Yalu.

There’s no guarantee that the PRC would agree. But such a strategy offers a better chance of success than making more demands and threats and engaging in more bluff and bluster.