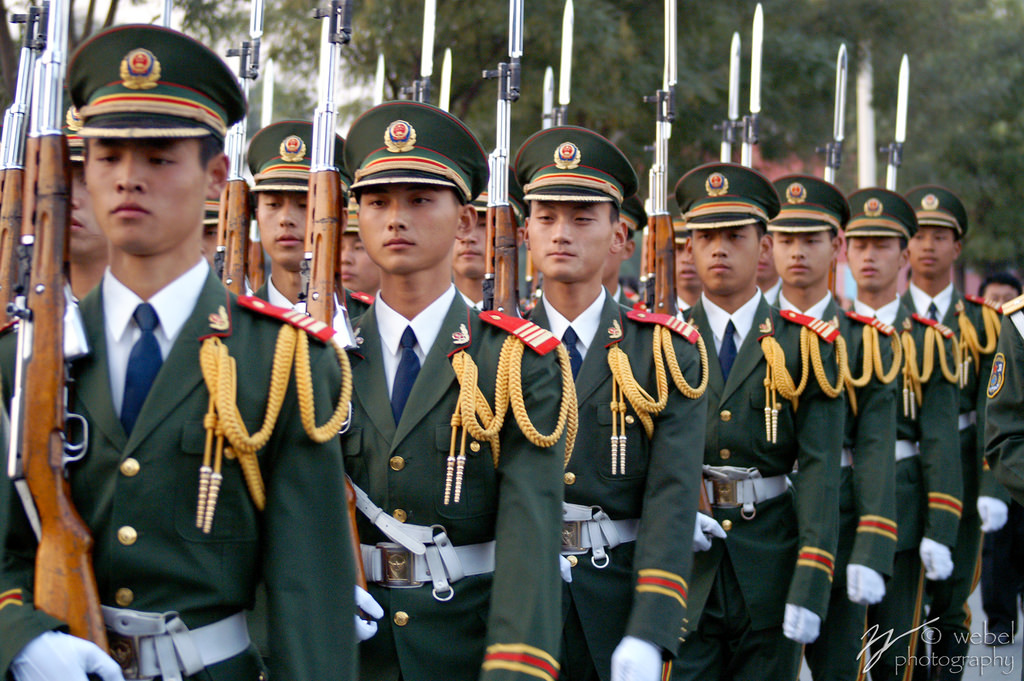 China’s military spending increased by 8.1% this year, reaching ¥1.11 trillion, or approximately $175 billion, making it the second largest military spender in the world. This has stirred fears of the so-called "China threat."

However, what is the truth? The US military budget in 2018 is more than $700 billion, and China’s military spending is only a quarter of that.

China's per capita military expenditure is the lowest among the world powers. The average cost per soldier is also the lowest in the world. Those developed countries with higher military costs than China are not threats, but China is? This is like trying to argue that black is white and white black!

In the 1980s and 90s, China's annual military expenditure was only $3 billion and $10 billion, and military equipment and training were all very backward. Now China is the second largest economy in the world, and has political, economic, security, and other interests all over the world. These legitimate interests must be protected, but this requires a lot of advanced military equipment and well-trained soldiers. At present, China has about 1,000 third and fourth generation aircraft, but the United States has about 2,900. China has 2 aircraft carriers, 18 aegis destroyers, and 1,696 vertical launching systems (VLS), while the United States has 11 aircraft carriers, 65 aegis destroyers, and 9,662 VLS. They are 6 times, 3 times and 5 times the Chinese numbers, respectively. The United States is neither a threat to world peace nor to other countries, whereas China, which is militarily much weaker, is? What is the basis for this claim?

China is now the main contributor to the United Nations peacekeeping missions. In 2017, China’s contributions accounted for 10.25% of the United Nations peacekeeping budget, making it the second largest contributor. In recent years, military exchanges between China and other countries have increased sharply. In 2017, it had 80 such exchanges. This is important for enhancing mutual understanding and trust, and so serves the cause of international friendship and peace.

China has more than 2 million military personnel, but their compensation is relatively low. To build a strong army that is commensurate with China's international status, the treatment of soldiers must also be in line with international standards. To match American levels, China needs $974 billion a year. The current military budget of China will not be sufficient for this.

China is the only nuclear power in the world that promises not to use nuclear weapons first and not to use them against non-nuclear countries and regions. How can China be a threat to world peace?

Since World War II, the U.S. has conducted military operations in other nations at least 110 times, but China has only done so only 3 times. What basis is there for calling China a threat?

In fact, the Western media knows the truth. The purpose of hyping up Chinese military expenditure is to mislead world public opinion. So no matter how we explain otherwise, they won't believe it. However, the reason why we are constantly explaining is that we hope people around the world will not be deceived by the lies of the West, and see China as the real force protecting world peace.

China’s TransitionChinese MilitaryDefense Budget
printTweet
You might also like
Back to Top
CHINA US Focus 2018 China-United States Exchange Foundation. All rights reserved. Disclaimer