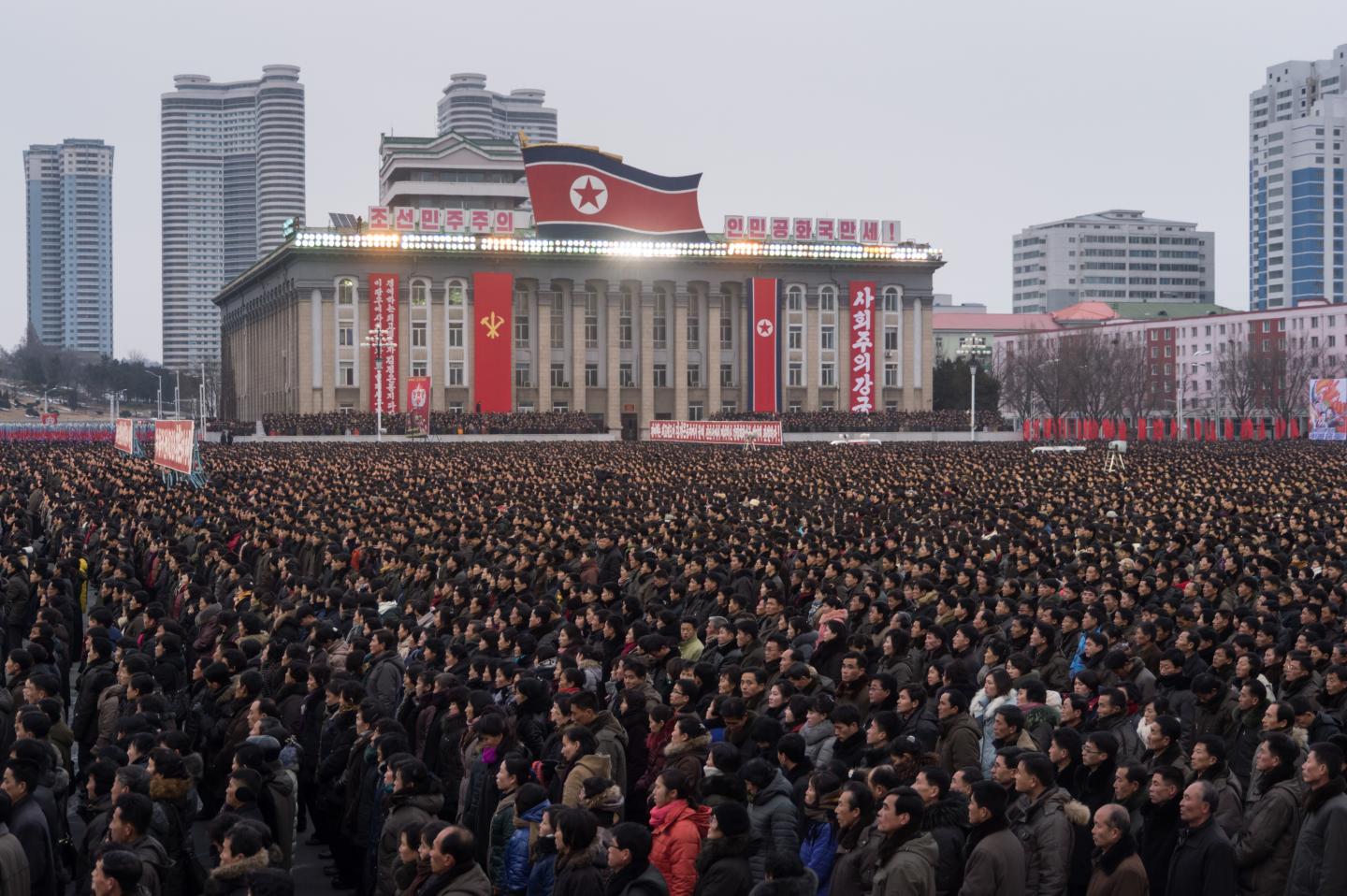 The US and Canada cohosted the Foreign Ministers' Meeting on Security and Stability on the Korean Peninsula on 15-16 January. The meeting cast a shadow over the improving relations between North and South Korea. Why is peace always derailed whenever there is an easing of tension? Over the years, the US' high pressure policy has barely paid off. Rather, it only makes the DPRK more determined to go nuclear.

The crux of the issue lies in the US’ ulterior motives, which runs counter to a solution to the Korean Peninsula issue.

The Korean Peninsula issue is in essence about a security guarantee. Economic sanctions and military pressure are not solutions. On the contrary, military drills and pressure will make the DPRK feel cornered, making it more likely to cling to nuclear weapons. This straightforward logic cannot be lost on the US. The only explanation behind the provocative actions on the part of the US is it has no intention at all to solve the Korean nuclear issue, but uses it as leverage. So the ultimate purpose of the US is never solving the nuclear crisis in the region, but to keep the crisis simmering yet within its control.

“Passing the buck” compounds efforts to solve the issue. The US knows full well that China plays a mediating role in the Korean nuclear issue, but is in no position to solve it alone. Whenever things go awry between the US and the DPRK, the US will start its blame game against China, accusing is of being excessively accommodating of North Korea’s nuclear program. This is a red herring, covering its own resistance towards real and substantive steps to solve the issue. In the meantime, the US uses the issue to balance against China’s rise and to put pressure on China. The deployment of THAAD is a case in point, which exceeds the deployment its said purpose warrants. At one point, the US sent military vessel to waters close to the Yellow Sea, supposedly in relation to the Korean nuclear crisis.

The US also claims a catch 22 situation as an excuse against talks. It believes North Koreas abandoning its nuclear program is a precondition for negotiations, but the DPRK believes talks on peace and security must precede any denuclearization. Both sides eventually get bogged down on who should make the first step, and efforts for direct talks never take off. The US alleges that direct talks would be tantamount to recognition of DPRK’s nuclear status, which constitutes the fundamental cause of the stalemate. In this context, the more powerful country should be the first mover and reach out to the less powerful, in order to break the ice. First, denuclearization is complex in nature and requires negotiation after negotiation to solve, and it should not be seen as a precondition for talks to take place. Second, the more powerful country making the first diplomatic move does not mean recognizing DPRK’s nuclear status. It is less costly for the more powerful to make the first move, and when the stalemate is resolved, the less powerful country will appreciate the gesture and deem it more costly to renege on its promise. Third, the more powerful one taking the initiative and demonstrating more diplomatic flexibility, in and of itself, is a show of respect and generosity, and it will nudge things in a positive direction. The modern world is no stranger to cases where big powers override smaller powers or reduce them to satellite states. Hence, miscalculation driven by fear of big powers leads to nuclear ambitions on the part of smaller powers.

Furthermore, normalizing relations and signing a peace treaty are not over-generous gestures, but rather a sine qua non for the survival of DPRK as a state. It may be a reckless move to go nuclear, but it is a legacy of the Korean War and lopsided military power, therefore, the US should tackle the issue by addressing the long term causes first, before proceeding to address the more recent causes.

The US will continue to use military deterrence and extended sanctions to keep pressure on the DPRK. In the meantime, that will be no change in its passing-the-buck policy. All this conspires against a viable policy towards the DPRK.

North KoreaNuclear WeaponsNuclear Security
printTweet
You might also like
Back to Top
CHINA US Focus 2018 China-United States Exchange Foundation. All rights reserved. Disclaimer