Dissecting Chinese Online Sentiments Towards the U.S. During the Covid-19 Crisis 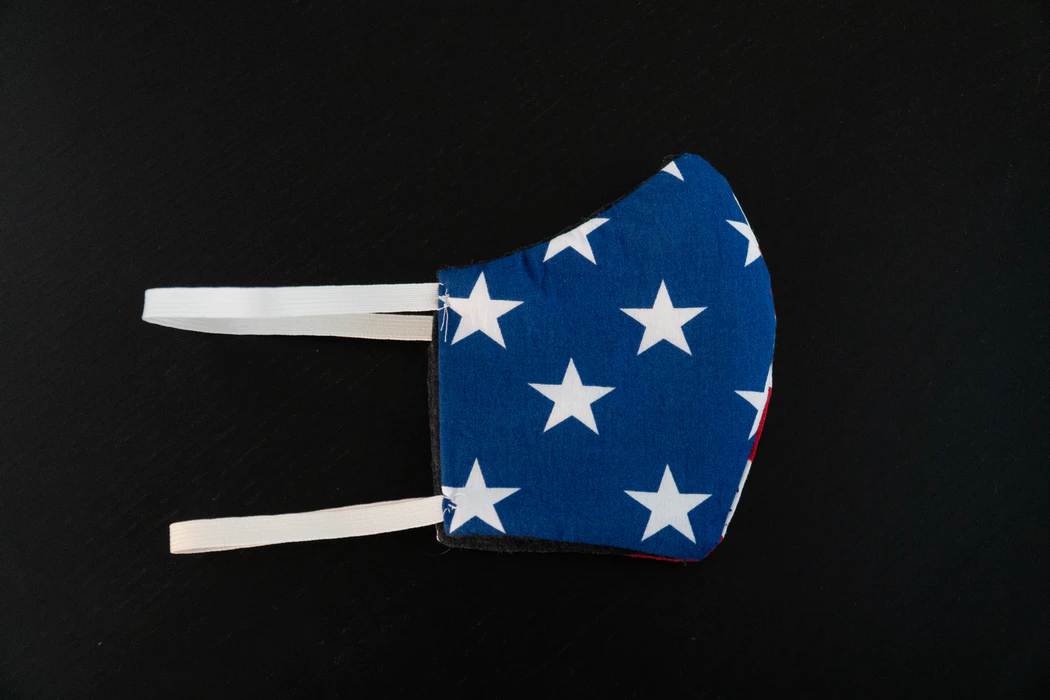 Closing down consulates and boiling up a Cold War 2.0 mentality is simply not what the world needs at a moment of global pandemic crisis. Although both sides have justifiable reasons to engage in hawkish approaches in handling the situation, one of the first steps to rekindling the relationship is to deepen the understanding of people-to-people perspectives.

Using a set of automated text analysis tools, I took a deeper look at the response from the different layers of China’s media landscape to show a wide range of critical viewpoints of China’s online netizens concerning the U.S. 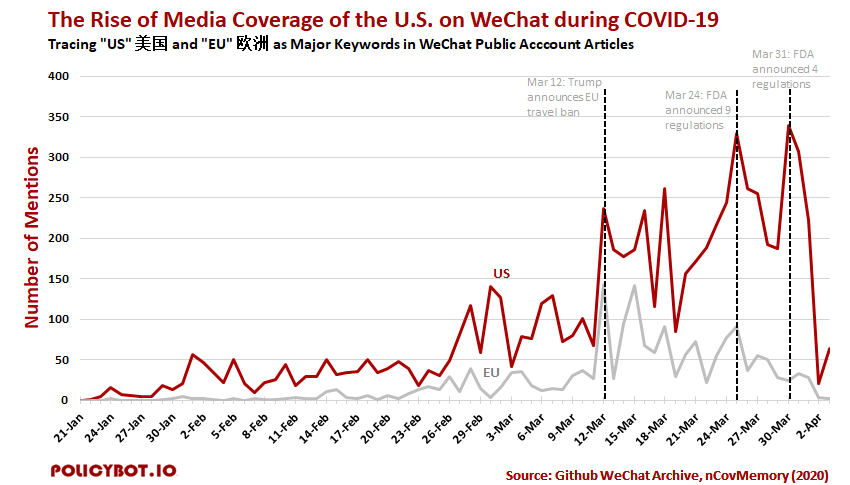 By analyzing a daily-updated but now deleted open source database of about 4,000 WeChat articles related to COVID-19, written between December 31 and April 1, I discovered that negative sentiments towards the U.S. can be filtered into three different levels: grassroots, commercial, and state official media.

From this WeChat news sample, commercial media accounts have consistently produced the highest volume of coverage regarding the American COVID-19 crisis, followed by official media accounts, and then grassroot accounts.

Using the most common words relating to negative sentiments and COVID-19 in the U.S., I created digital word clouds to track the frequency of each sentiment’s usage. We excluded words that were frequently used in association with the word “美国” (měiguó — the U.S.) and terms related to “coronavirus” to get a better understanding of what people were talking about when mentioning the two keywords.

Interestingly enough, masks were the biggest common denominator across all three media levels. 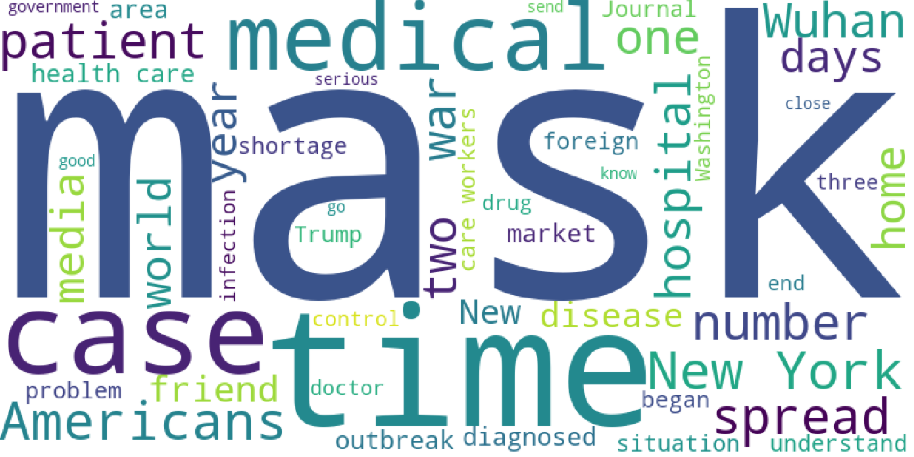 Grassroots media – that is, individual personal accounts – was dominated by critical angles on American social norms and politics. For example, one user illustrated the delicate balance of maintaining social norms and virus preventions: “Americans think only sick people wear masks to prevent existing sickness from spreading to others.” Another WeChat user added, “I reposted the question of whether or not wearing a mask would be discriminated against — my American friend told me the truth.”

In addition, some users pointed at American arrogance and misconception towards masks, with one saying that, “Americans think their lifestyle is not conducive to the spread of the virus, making them look absent-minded.” Another commenter noted Americans’ dark epiphany of the situation — “the indifferent majority of Americans have now finally awakened.”

Some articles even discussed commentary on American politics: “It is not easy to think about American politicians. The psychological stamina must be strong — one of the tasks is to deal with the doubts and sarcasm of all parties.”

Aside from reporting institutional announcements and updates, commercial media – like economic journals and for-profit organization accounts – seemed to play a major role in leading the discourse on the U.S. market and economic recovery.  Caijing, a financial journal with a history of investigative reporting, noted that “the United States will release data on manufacturing, services, and unemployment benefits — this data will show the severity of the blow to the U.S. economy.” Another article added that, “Under the epidemic, the U.S. financial market will finally be under great pressure.”

In addition, the topic of masks seems to appear most frequently in conjunction with economics, “As the epidemic heats up in the United States, panicking Americans are snapping up masks, which has led to a tighter supply of masks (resources) that were originally in shortage.”

Official media has contrasted China’s success in slowing down the spread of COVID-19 with the apparent American failure to bring it under control. One frequently-used technique is to use quotes from Western media articles to describe America’s current panic and chaos – for example, one said that “The Washington Post recently published a commentary on ‘Mr. President, please lock us up’ to express its dissatisfaction with the U.S. government's inadequate prevention and control.”

The China Business Journal quotes from the Washington Post, highlighting the confusing instructions of the U.S. government —  “due to the chaos of the U.S. government ’s directives and the fact that some patients cannot be tested, the U.S. response continues to be uncertain.” A similar article commented, “The New York Times [reported] that even if the U.S. had made significant preparations, it faces the dilemma of material shortages in the face of the COVID-19 outbreak.”

Donald Trump has also been a main topic of critique as one account insinuated the U.S. government’s crisis control inefficiency by highlighting Trump’s ignorance: ”And Trump once insisted that the risk of the COVID-19 epidemic is very low, just like the flu.” Aside from critiquing Trump’s administration and U.S. government, official media also attempted to poke at American institutional agencies, describing the U.S. Food and Drug Administration (FDA) as “a major obstacle” to vaccination advancements.

The importance of face masks

The three different types of media accounts on WeChat certainly provides some interesting insights to the complexity of domestic opinion forces at play. For some Chinese diaspora living in the US, their experiences of what some see as stubborn American social norms and discrimination now are increasingly shaping the thought that America is no longer the world’s number 1. Some Chinese natives are even placing higher confidence in their government to perform better than Western nations. The official media plays a large role in supplementing these opinions. In these media accounts, the single most important factor was one thing: face masks, and all their political, diplomatic, and economic baggage.

As more western-democratic countries are confronting the zeitgeist of growing dissatisfaction, distrust, and disillusion with their own fragmented government, the people of China largely are not asking for change, for obvious reasons. And the more the U.S. pushes against China, the more Chinese people will rally around their government. At the very least, it might be a mix of American ignorance and social norms that demotivates the U.S. from doing the very thing that Beijing wants the most — an American emulation of the Chinese system. Nevertheless, both great powers should relook at the harm that is currently being done to the world, drop all nationalistic hubris, and allow the people of the two nations voice their visions of what the future of Sino-U.S. relations should look like.