Message from the U.S. Capitol Riot 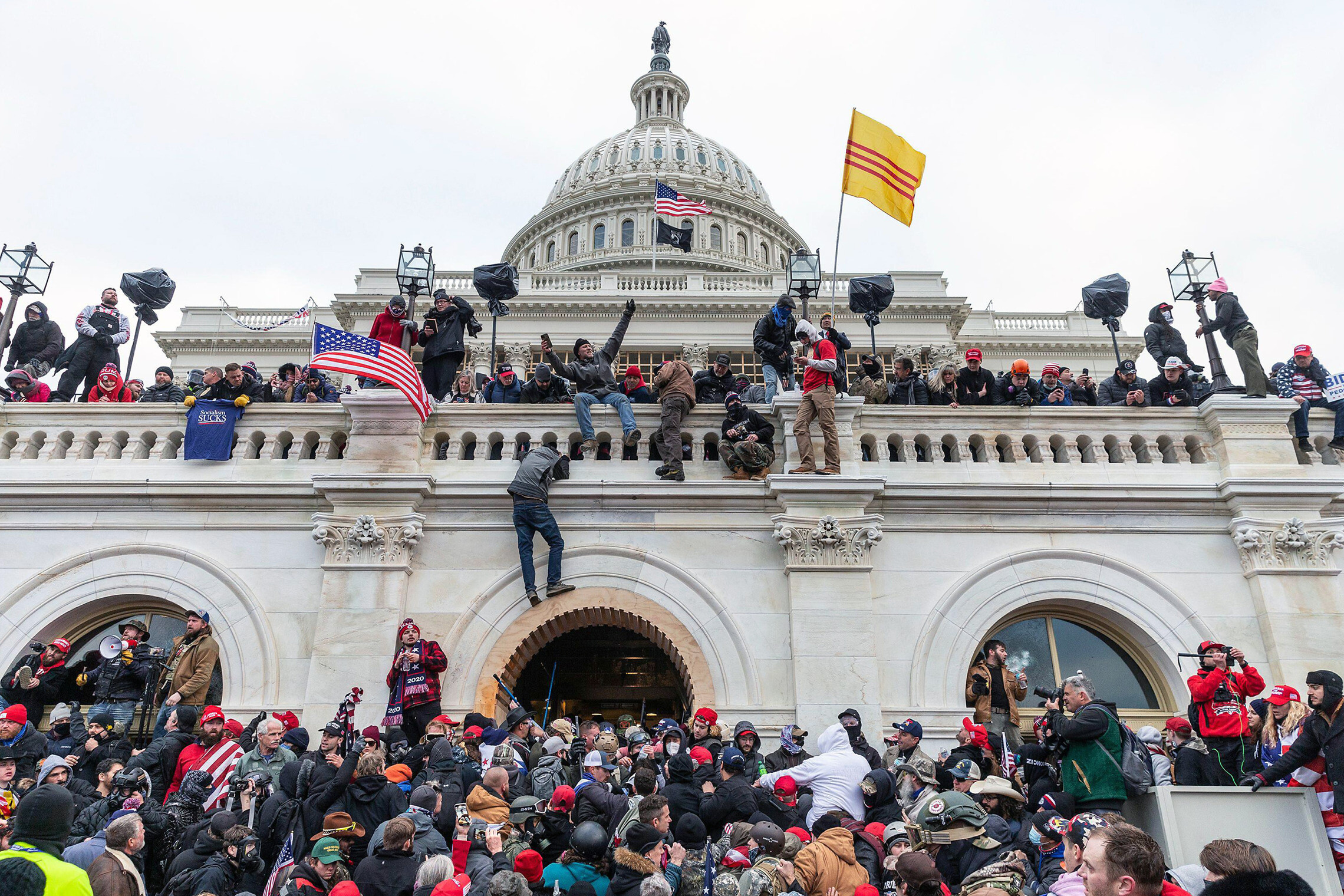 A violent mob inspired by President Trump’s tweets stormed and trashed the Capitol on Jan 6, 2021.

The Capitol riot in Washington on Jan. 6 was the first time the building was attacked since August, 1814, when British soldiers stormed into and torched the building. At the time, it had not yet acquired its now famous dome.

President-elect Joe Biden called it the darkest day in American history, with the violence sparking a global outcry.

But what does it say about the state of U.S. politics and  the U.S. power competition with China in the 21st century?

First, the next few years will see their fair share of domestic chaos in the U.S. A sense of drift will plague the country for an extended period of time. Even in the context of its 230-year history, the riot casts a shadow on U.S. democratic institutions, which should by no means be seen as accidental or dismissed as mere emotion or a momentary impulse. The storming of the Capitol, a symbol of U.S. democracy, was as much a direct outgrowth of Trump’s tacit approval, support or instigation as it a was pursuit of interests and values by some people. It marks a microcosm of development at the time. As the middle and lower classes in the U.S. are being marginalized amid globalization and technological advancement, some took to storming the Capitol to vent. And it may well continue, albeit through different means.

The Capitol riot reveals a predicament that defies solution by the U.S. political system. The Occupy Wall Street movement in 2008 laid bare the social schism in the U.S., where deepening wealth inequality was such that the middle class were gradually sidelined in spite of social development. Over the past 12 years, successive U.S. administrations under both Democrats and Republicans have failed to address the issues, despite claims of trying to do so, and things seemed to take a turn for the worse. The Capitol riot was a conflict on steroids, reflecting the underlying problem of the impoverishment of the middle class. It failed to solve any problem but it did shed light on the broader, more serious conflict. This reveals the deep-rooted challenge faced by the U.S. government, be it te Republican or Democrat, right or left, elitist or populist. Neither seems able to reverse the marginalization of the middle class.

The inevitable wealth gap has long plagued capitalism, but the capitalist system was never materially hindered because the poverty-stricken population was relatively small. With the advent of AI and other new technologies in the globalized 21st century, the middle class will inevitably be staring at the abyss of redundancy, dislodged from its position as the bedrock of society, which adds a new twist to the severity of the growing income gap.

To solve the problem, the government needs to weigh in vigorously to influence the market and society. With U.S. politics progressing toward expanded government in the future, The Economist described Biden economics simply as a “bigger government.” Some academics suggest the U.S. needs to embrace more industrial policies.

The Capitol riot and surging social unrest will not only create political challenges domestically; they will also have consequences for China -U.S. competition. Whereas the riot will surely take some of the shine off the “beacon of democracy,” it does not translate to an absolute increase in the appeal of the Chinese system internationally. China-U.S. competition is not a zero-sum game, and one side’s loss does not necessarily lead to a gain by the other. The West has long been biased against the Chinese system, and some of Western politicians will scramble to make China the scapegoat for their own domestic problems.

But for any fair-minded observer, the troubled U.S. system reveals that no single system is perfect. All are limited by historical constraints and driven by short-term needs, and history will roll on. The Capitol episode in the U.S. drives people to moderate their biases and unwarranted convictions, while comparing different systems. In other words, there will be more recognition that the Chinese system is neither better nor worse than the U.S. system. For the first time, people may take stock of the two systems on an equal footing, which has not been seen before in China-U.S. relations, or even during the past century of East-West interaction.

In the long run, it is far from a foregone conclusion which country will get the upper hand in their power competition. It depends on which country can most effectively grasp the new trend and spur technological innovation. The 21st century will be defined by AI and other new technological advancements, and that sets the tone for power competition between the two countries.

Faced with the same challenge, either country — socialist China or capitalist United States — is capable of securing the advantage so long as it can provide an effective governance system that fosters progress. China rose to the technology challenge and caught up in the 20th century, but the 21st century presents major new tests in technological breakthroughs. The U.S. has been the frontrunner in technological development, and has harnessed social issues and global competition by virtue of its high-tech prowess. However, it is now faced with new challenges in shaking off inertia and other nagging problems. Reforms to its system are needed to deal with the technological advances of the 21st century and the challenges of new competitors.