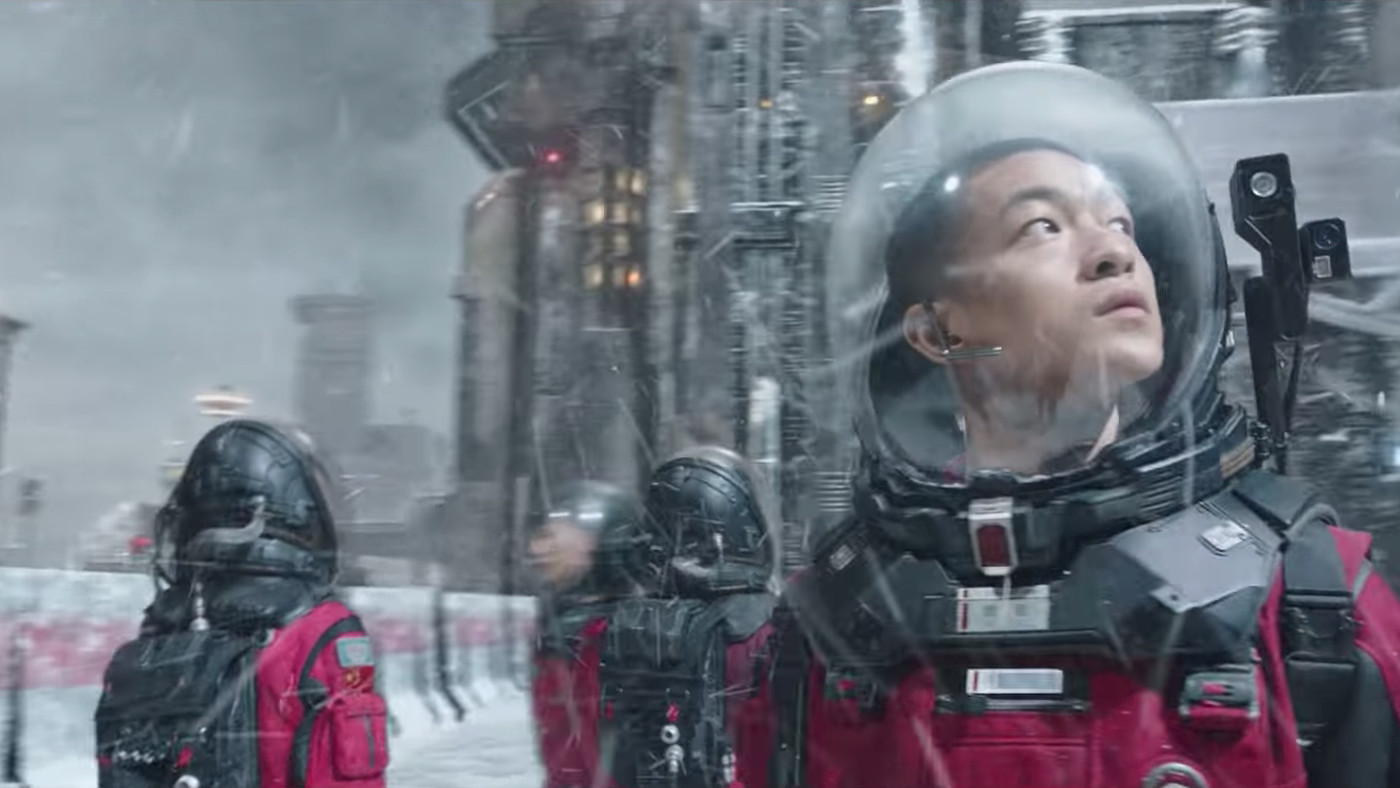 The Lunar New Year celebrations of 2019 saw twin space sensations, with China’s “Jade Rabbit” rover, “Yutu”, crawling about on the dark side of the moon while the action-packed science-fiction film "The Wandering Earth" shook terrestrial box offices in Beijing and beyond. The timing seems propitious. Whether it be the Chang’e lander, artificial intelligence, or path-breaking satellite transmission using quantum entanglement, Chinese science, hard and soft, is certainly coming of age. With the rise of real science in the news, the market for science-tinged entertainment stands to benefit, reminiscent of the heyday of US space exploration and the genesis of space dramas such as Star Trek and Star Wars.

The prolific science-fiction writer Liu Cixin, author of the award-winning novel “The Three-Body Problem,” is the inspiration for an impending boom in films of galactic scale. Putting forward bold premises, the author takes the reader on a wild ride, whether by nudging Earth out of orbit in search of a new sun, or by examining the complex physics of climate change, three-body gravitational interactions, and alien technologies. The scenarios are provocative, and the science borderline psychedelic.

The concept of “The Wandering Earth” is that a sufficiently advanced China could survive the red dwarf blowout of the sun by using Earth itself as a giant ship. It’s nonsense, but high concept nonsense, and perfectly suited to be made into a film where special effects are a central element. There is a national slant in Liu’s vision of the future — in that China is the future — but the real cultural tell is the factional fighting reminiscent of the Cultural Revolution. The tragedy is that even if earthlings remain rational, obedient and emotionless enough not to fight, quibble and clash, they will still find a way to screw things up.

The first Chinese writer to win the coveted Hugo Award for sci-fi, Liu Cixin has acknowledged his debt to Arthur C. Clark, Issac Asimov and others classic writers of the genre who dared to think on a galactic scale. The golden age of science fiction in the US, including the works of Philip K Dick, Ursula Le Guin, Ray Bradbury, and Robert Heinlein hark back to an age when the American public took big science and big questions seriously.

Several decades later, China is proving fertile ground for science fiction, stoking a hunger for scientific wonder at a time when China has invested heavily in technology and science. The rise of Chinese science fiction has been championed by Chinese-American author Ken Liu, who has translated Liu Cixin among others.

In 1957, the Soviet space program stunned the world by launching the first satellite, Sputnik, into space, and then by putting the first man in orbit, Yuri Gargarin. Feverishly playing catchup, NASA sent John Glenn around the planet three times in 1962, and with that the space race was on. Despite the ravages of political violence at home and an ill-considered war abroad, the US had sufficient material wealth, technological prowess and respect for science to reach for the moon. When Neil Armstrong stepped onto the lunar surface “in the name of all mankind” in July 1969, the Apollo program seemed like the beginning of a new era—but within three years, it was all over.

Liu is among the philosophically-minded science-fiction authors who find in the vastness of space a frame of reference that illuminates the foibles and limits of the human soul. It’s a bracing perspective, explicitly and implicitly, because deep space makes nationalism look shallow in the cosmic scheme of things.

In the USSR, science fiction was one of the few realms that was relatively free of heavy-handed state control. Andrei Tarkovsky’s “Solaris,” released in 1972, is a classic of the interstellar psychological genre, based on the 1961 novel by science fiction giant Stanislaw Lem. Another Russian film, “Through Brambles to the Stars” directed by Richard Viktorov in 1981, was considered ahead of its time as it imagined a cosmopolitan future, and featured an actor of truly African descent rather than the usual Soviet blackface.

American fans of science fiction have lamented the genre’s decline, both in books and film, and while the correlation may only be a loose one, it’s hard to escape the feeling that the best days of America’s manned space program are over. While it’s encouraging to see billionaires pick up some of the slack with commercially driven dreams of space exploration, it does not compare with the sense of national purpose when American scientists, boosted by the tax support of a thriving middle class, made the moon walk a reality.

A good argument can be made that the ball is in China's court now; it has the economic means and the engineering talent to conduct large-scale science. If China’s penetration of space seems limited compared to the superlative short-lived efforts of the US and USSR, it’s the forward-looking trend that counts. Yang Liwei’s journey into space aboard the Shenzhou 5 in 2003 was just the opening move. Plans are being made for a space station, a manned lunar landing and a Mars mission. As enthusiasm for science wanes in the US and governmental programs are dismantled by dueling politicians, and Russia’s broken space program remains cash-strapped, there remains adequate ambition, focus and funding in China, offering the opportunity to serve the common good in the name of science.

The US program, shell-shocked by the failures of NASA’s Space Shuttle and the rancor of domestic politics, is not even capable of launching its own astronauts into space. The so-called International Space Station, from which China was excluded by design, can only be reached by Russia’s aging fleet of Soyuz rockets. Yet, as Mexican director Alfonso Cuaron slyly suggests in his 2013 film, “Gravity,” it is not improbable that China might one day be called upon to come to the rescue as US and Russian programs languish and fall into disrepair.

As long as the nation-state, alone or in concert, is the only unit capable of marshalling the money, manpower and knowledge necessary for big science, national chauvinism will be part of the mix, but writers can break the bonds of nationalism with paper and pen. The power of Liu Cixin’s work is in part due to the inescapable conclusion that science transcends borders, even as humans lock themselves into familiar man-made groupings. Liu’s invocation of Cultural Revolution themes adds more than a touch of local color. It’s the age-old story of political madness hobbling human progress: two steps forward, one step back.

And that’s the crux of it, for if you consider how long it took for science to advance to this point, and how precarious things are now, it would be a great shame if retrograde politics and tribal madness were to dash the dream of reaching for the stars in the name of all mankind.

Science Fiction
printTweet
You might also like
Back to Top
CHINA US Focus 2022 China-United States Exchange Foundation. All rights reserved.