After Paris Agreement, What Comes Next?

With the Paris Agreement now poised to take effect, 2016 may mark a significant step forward in the annals of human efforts to arrest climate change. Both the U.S. and China have been credited with spurring support for the proposed international law, which would require that ratifying countries publish information concerning pollution levels and efforts undertaken to reduce pollution. It is currently projected that this year will be the hottest on record for reasons primarily attributable to global warming. While national debates over ratification of the Paris Agreement continue, it is worthwhile to reflect on how two of the world’s largest CO2 emitters, who together account for roughly 40 percent of the global total, plan to achieve the non-binding targets for slowing climate change that they have set—the U.S. to reducing greenhouse gas emissions by 26 to 28 percent from 2005 levels by 2025, and China to halt annual growth in greenhouse gas emissions by 2030, while increasing the share of non-fossil fuels in its energy consumption portfolio to around 20 percent. 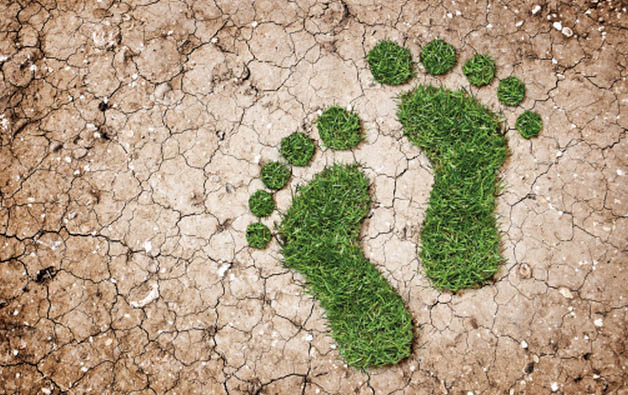 Policymakers and environmental-thought leaders should take note: the joint announcement will also reinvigorate public discussion of U.S.-China economic competition in the area of clean and renewable energy technology.  Both countries will seek to export a climate-friendly vision of development abroad via trade. While the vision may be shared, who will benefit economically remains an open-ended question. Official Chinese commentary already touts the country’s significant investments in clean-energy research and development ($103 billion in 2015, or 36 percent of the global total), laws mandating increases in annual energy efficiency, and projected future position as a “global energy-innovation hub.” China unambiguously seeks to become a leader in electric car production, and within the past decade has poured considerable resources into becoming the world’s largest solar panel and wind turbine market and producer.

Debate over whether the U.S. and China would end up locked in a green-tech competition first erupted in the U.S. in 2010. To a certain extent, it reflected—then, as now—broader geopolitical concerns surrounding the relative position of each country within our evolving global order, particularly with respect to economic growth and energy dependence. At the same time, there is also a very specific issue to be addressed: how the U.S. and China can continue to engage in low-visibility collaboration related to climate change, which already exists in multiple areas of investment and energy research (civil nuclear energy and urban air quality are two notable examples), while U.S. leaders simultaneously head off concerns over intellectual property theft and lost opportunities for job creation.

Seeking Leadership at Home and Abroad

U.S. president Barack Obama seeks to leave commitment to arresting climate change as a key legacy of his second term in office. By making such efforts more transparent, President Obama has also created an opportunity for the U.S. to lead by example in slowing global warming. The move speaks to many Democratic Party supporters. By contrast, several Republicans, including presidential nominee Donald J. Trump, have been vocal in their opposition to the Paris Agreement on the grounds that it will harm American economic interests at a moment when growth is tepid.

Like his counterpart, China president Xi Jinping may be responding to pressures to take a more publicly cooperative approach for political as well as environmental reasons. There appears to be consensus within the Chinese Communist Party that a partially amicable relationship with the U.S. is desirable if China’s economic growth is to continue. Moreover, at the G20 Hangzhou meeting and in recent meetings at home, Mr. Xi has begun to articulate a vision for a “reformed” system of global governance in which China takes the lead as key coordinator and norms-supplier. While his American counterpart is seeking to preserve America’s role as a key architect of humanitarian values, Mr. Xi is seeking to create a similar version of that image for his own country. For both leaders and their respective nations, the ability to claim leadership in slowing climate change represents an important political prize within the context of what is, at the international level, a potential rivalry over the future course of global governance.

Competition and Cooperation over Climate Change

Much like other facets of the relationship, U.S.-China climate change reduction efforts are characterized by a mixture of low-key cooperation and high-profile competition. During the run-up to the G20 conference hosted by China in Hangzhou, Presidents Barack Obama and President Xi Jinping surprised global audiences by jointly demonstrating their support for the Paris Agreement to United Nations Secretary General Ban Ki-moon on September 3, 2016. This effective act of public diplomacy created a positive environment for the meeting, and it served to sufficiently overshadow the rise in strategic and economic tensions between G20 members. But, a note of competition was nonetheless sounded when, during the ceremony, President Xi added his view: “It was under Chinese leadership that much of this progress was made.”

In truth, the announcement reflects renewed commitment to an earlier joint agreement reached by Presidents Obama and President Xi in November 2014 when the reduction targets were first established. China has shown significant and largely unexpected progress since then by decreasing coal use and emissions at a pace that will put the country well ahead of its 2030 goals. Both the U.S. and China have also shown willingness to cooperate in further limiting use of hydrofluorocarbons and offsetting emissions related to international aviation. Yet, environmental consequences are still at stake for both countries and, by extension, for the rest of the world if further steps toward more comprehensive implementation of emissions reduction are not taken.

At the moment, with negotiations over the sensitive China Bilateral Investment Treaty and other cooperative frameworks at stake, both leaders have significant incentives to convince their respective constituents that joining forces with a main strategic rival is both desirable and possible. For this reason, ratifying the Paris Agreement has symbolic value; moreover, much like the 1963 Nuclear Test Ban Treaty, international agreement concerning the importance of addressing climate change creates an important new space for constructive multilateral discussion.

The creation of a lower-carbon future will not take place in a two-country world. In addition to mutual competition for markets, particularly in developing countries, the U.S. and China will also be forced to confront the reality of commercial competition for clean energy primacy coming from the E.U., Japan, and other advanced industrial economies. Reducing greenhouse gas emissions on a global scale will also require technology sharing and collaboration; therefore, competition will not be the only driving factor. While the Paris Agreement requires that countries plan to keep the rise of global temperatures to within two degrees Celsius (3.6 degrees Fahrenheit) above pre-industrial levels, recent monthly temperatures indicate that the planetary environment is, alarmingly, already on pace to exceed this threshold.

Ratification of the Paris Agreement by the U.S. and China signifies an increasingly rare moment of visible cooperation between two environmentally impactful countries. What remains to be seen is how leadership gets allocated in terms of economic benefit and global rule setting. Those who trust the status quo will see a guiding role for the West as appropriate and comforting, while those who see China as representing the interests of developing countries, or even a more broadly appealing middle course might be more willing to support some climate-focused version of a “Beijing consensus” instead. In making such choices, leaders will also have to face the concerns of domestic constituents who identify scenarios of U.S. or Chinese leadership with political compromise and capitulation on domestic energy and technology sectors and, more broadly, national economic growth. There will be no easy way forward; however, earthly futures will undoubtedly be affected—likely much for the worse—if the U.S., China, and other countries within the international system are not able to sustain collaboration while, at the same time, exhibiting nationalism’s more selfish and short-sighted offshoots.

Climate ChangeParis’ Climate SummitEnvironmental Protectionection
printTweet
You might also like
Back to Top
CHINA US Focus 2022 China-United States Exchange Foundation. All rights reserved.