After the Paris Climate Agreement, What’s Next?

When it comes to forging international agreements the U.S. and Europe are figuratively oceans apart from China and Russia in their politics. At the UN, when there is the need for unanimity on the Security Council for action China and Russia are known to be at odds with the West’s decisions. 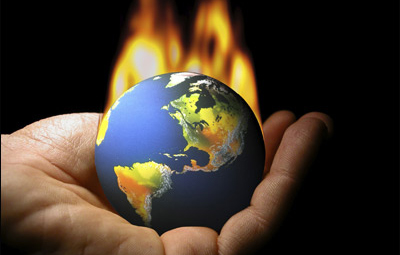 Fortunately the Paris Climate Agreement broke with this tradition: it was actually China and the U.S. that jointly set the precedents. Not only was China a signatory, but it actively promoted the agreement, moving ahead of even Japan and Europe.

The agreement is pending ratification from countries that make up 55% of the world’s carbon emissions. Getting the U.S. and China on board is elemental as they account for a significant 40% of the world’s greenhouse gases.

The 2015 Paris Agreement is an accord that proposes to limit global warming to no more than 2°C by 2030. The agreement propones to maintain that level till the end of the century by limiting greenhouse gas emissions. The planet has already warmed 1°C since the dawn of the Industrial Age. It’s unrealistic to try to cool the planet to pre-industrial levels. Hence the objective is to not exceed 2°C.

195 countries reconciled a diversity of opinions into one accord. The U.S. and China and 173 other countries signed the agreement on April 22nd of this year, on Earth Day. President Obama remarked that the “agreement” is not a “treaty,” thus does not need congressional ratification. Europe and Japan have not ratified it yet, because they need to work it through their respective legislatures.

This agreement is non-binding, meaning violators cannot be hauled before a tribunal. Individual governments are committing to targets in their 5-year plans. But the planet is not a minivan that is easy to turn around. It will take some time for the lumbering hulk of the world’s economies to change course to effectively reduce greenhouse gasses.

Developing nations might not be able to do even that. Countries with more buoyant economies have pledged to help developing nations. China has committed to give $3 billion to the South-South Climate Cooperation Fund.

China can already take credit for its accomplishments this year as the last to curb the amount of greenhouse gases belching from its plants, factories, and mines. The country ordered more than 1,000 coal-mines to shut down and has cut coal-burning by 8%, according to Greenpeace.  The Independent citied this dramatic reversal stating that China’s cut in emissions is, “equal to the entirety of Great Britain emissions.”

But “cut” in politics is not equal to “cut” in physics. The pollution curve will actually go up before it turns down.

According to the Climate Action Tracker, China is already on track to meet the short-term 2020 and 2030 goals. They say the 2020 goals are “substantially above current emissions levels,” 20% above to be exact. Much of this is due to release of other greenhouse gases besides CO2. Those are methane, nitrous oxide, hydrofluorocarbons and other gases that come from burning natural gas, vehicle emissions, and other sources.

The Climate Action Tracker, while calling the Chinese plan to reduce coal “significant,” says that their efforts alone will not get the planet below 2°C it is imperative that other countries follow suit.

To paint a picture, global warming is caused by releasing carbon dioxide and other gasses into the atmosphere. These are called “greenhouse” because they work like a greenhouse, warming up everything underneath it. Carbon dioxide (CO2) is the biggest polluter. It gets released when coal and oil are burned. Coal and oil are created by from millions of years of plant decay. Because they hold carbon they are called a carbon sink.

The planting of trees is a method of putting carbon back into the ground. China says it will increase its forests by 4.5 billion cubic meters (They measure that in volume and not hectares).  Trees and other plants use solar power to convert carbon dioxide to sugars, which are made of carbon and oxygen, or CO2.

Cutting coal use is underway in China. Anyone who has been to China lately or reads the news knows that China has a huge pollution problem. The source of the pollution is from burning coal to power generators that make electricity. This is 80% of China’s carbon problem. Normalizing alternate power sources like sun and wind is a significant step toward reducing carbon emissions.

China has agreed that 20% of its energy will be derived from alternate energy by 2030. The National Resources Defense Council reports such a reduction is equal to all of the electricity produced in the U.S. today. They also state that China has an incredible 40% of the world’s renewal energy projects. Some Chinese firms have found a market exporting that know-how and equipment.

China’s other plans include a adopting a cleaner public transit system, building more energy efficient buildings, and moving toward a consumption rather than export economy. The latter, of course, would account for a huge part of the reduction in greenhouse gasses as the country turns away from an export driven economy lots of heavy export-oriented factories would close.

To reduce emissions, China has long had a carbon cap and trade exchange market like the U.S. That is where a company must buy permits for its emissions. If it costs too much to, say, install an expensive filter on a copper smelter to meet regulations, then a company can buy emission permits from a cleaner company that has an excess of those; the total number of permits across the market are capped so that pollution is capped in the aggregate.

Environmentalists are singing the praises of the Paris Agreements saying they will do much more than the previous 1997 Kyoto Protocol, as the U.S. did not ratify that one being the only major country not to do so (perhaps this explains Obama bypassing congressional input as he would have had a difficult time selling that or anything else to Congress.) Business railed against Kyoto then and there was less-consensus on the urgency of global warming at that time. Now the world powers have heard the environmentalist’s cry, the sky will fall if we fail to act.