Making Sense of the Buzz: What Does “U.S.-China Climate Cooperation” Actually Mean? 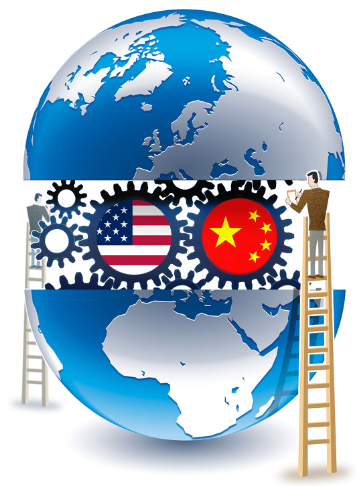 On November 10, 2021, the U.S. and Chinese governments supposedly “surprised” the world by releasing the U.S.-China Joint Glasgow Declaration on Enhancing Climate Action in the 2020s. Even before this, however, since Biden’s inauguration, the phrase “U.S.-China cooperation on climate change” has been tossed around in both countries by academics, government officials, and pundits ad nauseum as the primary area where the U.S.-China relationship can improve. This buzzphrase is intended, at least in part, to evoke a sense of hope that China and the U.S., the world’s two largest national greenhouse gas emitters, are actively doing something to mitigate the impacts of climate change together. What is often left unanswered are the two most important parts: defining the “something” and the “together”. China and the U.S. owe it to their public to better define these two areas to be better held accountable by their citizens.

With the release of the November 2021 U.S.-China joint statement last month, for the first time in the Biden era, some clarifications have been made on where the two governments are willing to pursue some level of “cooperation”, or at least continued discussion, on various issue areas. The short document manages to repeat the word seven times, as if to really drive the point home to those who only skimmed its contents. However, the culmination of several months of negotiations between John Kerry and Xie Zhenhua had once again led to a somewhat uninspiring set of agreements that do little to clarify specifics, save for some low-hanging fruit, such as an agreement to cooperate on low-risk (and largely unproven at scale) “deployment and application technology such as CCUS and direct air capture.”

However, one potentially tangible development of note is included at the very end of the joint statement, which describes the intended establishment of a “Working Group on Enhancing Climate Action in the 2020s”. According to an interview with Xie Zhenhua last month, the working group is intended to institutionalize bilateral cooperation mechanisms on climate change and make joint actions more practical. Xie also provided a timetable for its establishment, indicating that the working group plans to have their first meeting in the first half of next year and would potentially allow for the participation of both governmental and non-governmental experts on either side.

But again, this does not really answer the question on what U.S.-China cooperation will really look like on the ground for the year ahead. There is a lack of consensus in a number of areas where the line should be drawn where the joint societal gains of cooperation are outweighed by perceived or actual political risk. Right off the bat, collaboration on certain technologies are off the table, such as on products that would be in direct global economic competition with one another, such as competing international development initiatives, or have potential dual-use capabilities, such as energy storage and electric vehicle technology. There are, however, areas where congruencies should lead to some fruitful dialogue and agreements that also hopefully lead to actionable plans.

● A critical first area would be to develop consensus on what constitutes a carbon emission and what constitutes a carbon sink. A broadly held understanding on the calculus for national carbon emissions and savings, in addition to greater transparency and verification on reporting, would put the two countries on much firmer ground on how to approach innovative solutions.

● The second most critical area should be a commitment from both countries for a global database of emissions that allows for the monitoring and verification from either government or an agreed upon third party to assess each other’s data submissions. Although third-parties should certainly be a part of the process, which the proposed Working Group could provide the necessary forum to achieve this, there should be consensus and verification that submissions are indeed accurate. More importantly this transparency would better allow their citizens to hold their own governments accountable as well.

● The third most critical area would be a recognition that climate cooperation and climate competition are not by definition mutually exclusive. This is to imply that applying pressure on one country to keep up with its commitments, or lack thereof, should not be viewed as pure disrespect of the other. Even further, however, is the idea that competition, particularly from private sector innovators in either country, should be viewed as a net climate positive. Where possible, education of best practices on creating a policy environment that allows for these net gains in areas of low political risk would create net benefits to local communities and the nation as a whole in both countries.

One area of overlap where low-risk cooperation could be built out is the emerging Blue Carbon Inventory Project announced by the U.S. National Oceanic and Atmospheric Administration (NOAA) at COP26. Blue Carbon’ is a relatively new concept that has gained prominence over the last several years that, according to NOAA’s definition, refers to carbon captured by the world's ocean and coastal ecosystems. Sea grasses, mangroves, salt marshes, and other coastal ecosystems are able to sequester carbon at a much more efficient rate than the world’s forest systems are able to, making their protection a critical piece in addressing climate change.

There have been historic areas of collaboration in recent years both bilaterally and multilaterally on this area. In fact, scientific collaboration efforts with China has already led the country to incorporate pilot projects in some of its coastal communities and established a national five-year action plan as part of a growing recognition that blue carbon ecosystems are essential carbon sinks that require conservation and economic planning efforts. Yes, there is evidence blue carbon sinks are being highly disrupted by seabed mining exploration and extraction, which absolutely needs to be addressed. But it should also be noted that past collaboration has led to potentially novel ideas from the Chinese side that may be worth exploring, such as establishing blue carbon fisheries.

As the United States and China develop their own separate programs to mitigate the impacts of climate change within their own borders, it is essential to share best practices on measurement techniques, environmental impact assessment methodologies, in addition to pushing for global standardization. The proposed Working Group by John Kerry and Xie Zhenhua is one potentially useful forum to establish these cooperative mechanisms bilaterally; not just for ‘blue carbon’, but for other non-sensitive areas of collaboration. China’s participation in the newly launched International Partnership on MPAs, Biodiversity and Climate Change, led by United States, United Kingdom, Chile, Costa Rica, and France, for example, could encourage the country to develop to novel restoration approaches in MPAs and greater accuracy in greenhouse gas emissions.

Cooperation on climate change between any nation, not just between the U.S. and China, is not a joint statement or joint declaration. It is the day-to-day, little-noticed, boots on the ground that occurs quietly behind the scenes through dialogue between government agencies and third parties like NGOs. Sweeping and sensational headlines can often make one forget this truth as the newsreels tend to focus on the more negative, albeit highly important, aspects of the relationship. For the time being, it is clear that the state of the bilateral relationship will only allow for a selective cooperation on non-contentious research and technologies.

Climate SummitClimate ChangeFive-Year Plan
printTweet
You might also like
Back to Top
CHINA US Focus 2022 China-United States Exchange Foundation. All rights reserved.