On September 3rd, the United States and China formally joined the Paris Agreement, a historic global pact to curb greenhouse gas pollution and build resilience to the damaging effects of climate change. The agreement sets a number of collective goals, such as limiting global warming below 2 degrees Celsius, and calls on countries to submit new and increasingly ambitious national targets every five years to reduce emissions.

“The challenge of climate change could define contours of future,” Obama said after submitting the documents to the United Nations. “Some day we may see this as the moment when we decided to save our planet.”

The announcement by the United States and China signifies a major step toward the Paris Agreement taking effect—and will again demonstrate that developed and emerging economies are now working in tandem to make the transition to non-polluting energy. The pact will come into force 30 days after it is formally joined by at least 55 countries representing at least 55percent of global emissions. Together, the United States and China—the world’s largest emitters—account for 38 percent global greenhouse gas pollution. With other major economies slated to join in the near term, the agreement is expected take effect this year. 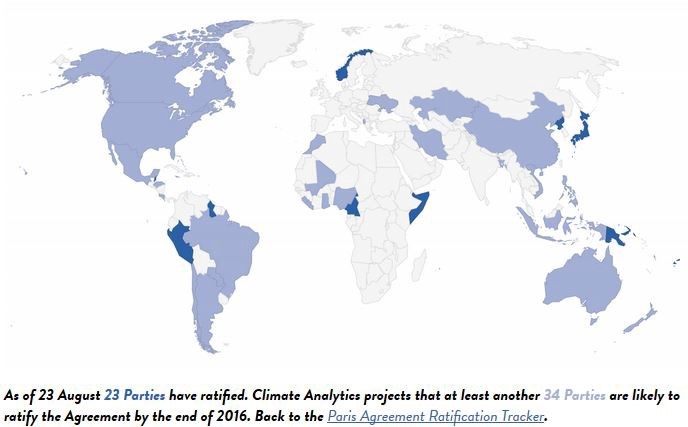 It is not widely known that there are different categories of international agreements in the United States. Adding to the confusion is the fact that all agreements are commonly called “treaties” in conversational or international settings.

Yet it is appropriate—and should be entirely uncontroversial—for the United States to join the Paris Agreement as an executive agreement rather than a treaty. The expected announcement by President Obama is well within the purview of executive authority and is in keeping with longstanding practice in the United States. Moreover, the authority for U.S. participation in the Paris Agreement stems in no small measure from a treaty signed by a Republican president and approved by the Senate with strong bipartisan support.

Types of international agreements in the United States

In the United States, there are two types of agreements that are binding under international law: treaties and executive agreements. Whereas treaties are submitted to the Senate for approval by a two-thirds majority, executive agreements are made pursuant to the authority of a preceding treaty, a statute, or the foreign affairs power of the president. These authorities are not mutually exclusive.

Executive agreements account for the vast majority—more than 94 percent—of internationally binding agreements in the United States. They can be found throughout both Democratic and Republican administrations, on matters of both major and minor significance, and in most areas of international cooperation, including cooperation that tackles difficult environmental problems. For example, the Convention on Long-Range Transboundary Air Pollution, or LRTAP, was entered into as an executive agreement during the Carter administration and strengthened through protocols during both the Reagan and Clinton administrations.

In the United States, the Paris Agreement is an executive agreement. There are several reasons for this.

The Paris Agreement was not created in a vacuum. The United States is already a party to a prior international climate agreement, the U.N. Framework Convention on Climate Change, or UNFCCC, which it joined as a treaty during the George H.W. Bush administration with bipartisan support from the Senate. “I am pleased to support this fine agreement,” said Senator Mitch McConnell in 1992. “I congratulate President Bush on his courageous leadership on the issue of global climate change.”

Framework conventions are umbrella documents: they create sub-agreements over time that promote their mission. The parties to the UNFCCC negotiated the Paris Agreement under the umbrella of the treaty, which notably already commits the United States to pursue emissions reductions without setting legally binding national targets.

Had the Paris Agreement veered sharply from the UNFCCC and set legally binding national targets to reduce greenhouse gas pollution—as did the Kyoto Protocol, which the United States did not join—or to provide climate finance, it would have led to a serious discussion about the appropriate route for U.S. ratification.

“I am pleased to support this fine agreement,” said Senator Mitch McConnell in 1992. “I congratulate President Bush on his courageous leadership on the issue of global climate change.”

But the spirit of the Paris Agreement, for good or ill, is about creating momentum rather than legal obligation. While the pact itself is binding under international law—and, importantly, the provisions on measuring and reporting on progress on country commitments are binding—the climate targets that countries set for themselves are not. Countries must submit national goals; they are not compelled to achieve them. There is no penalty for failure. 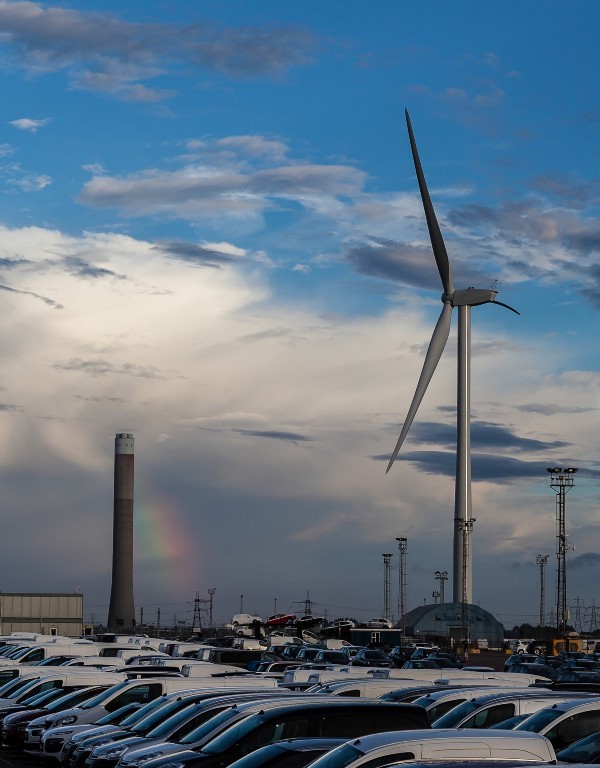 The authority for U.S. participation in the Paris Agreement lies not only in the constitutional foreign affairs power of the president but also in the consent of the Senate to the umbrella treaty. Supplementing such authorities is the fact that the pact is consistent with U.S. law, such as the Clean Air Act, which has a strong history of bipartisan support. New legislation is not required in order for the United States to meet its binding Paris obligations.

There is no algorithm to dictate whether the United States should join a given pact as an executive agreement or a treaty. Instead, the administration must weigh a set of considerations, which may include the existence of a preceding treaty or the existence of laws that could implement the agreement domestically. In the case of Paris, the characteristics of the pact and the history of U.S. diplomatic practice suggest that it is appropriately classified as an executive agreement.

The conversation should now pivot to the pressing issues of implementing the goals set in Paris and setting more ambitious goals in the future in order to prevent the most dangerous effects of climate change.

This post was originally published on ThinkProgress.org, an editorially independent project of the Center for American Progress Action Fund.

Climate ChangeParis’ Climate SummitEnvironmental Protectionection
printTweet
You might also like
Back to Top
CHINA US Focus 2022 China-United States Exchange Foundation. All rights reserved.