This promises to be a year of momentous challenge and possible change in the economic relationship between the U.S. and China.

On the U.S. side, the change is the election of President Donald Trump. On the Chinese side, it is the changes that will likely emerge from the 19th Communist Party Congress in the fall. 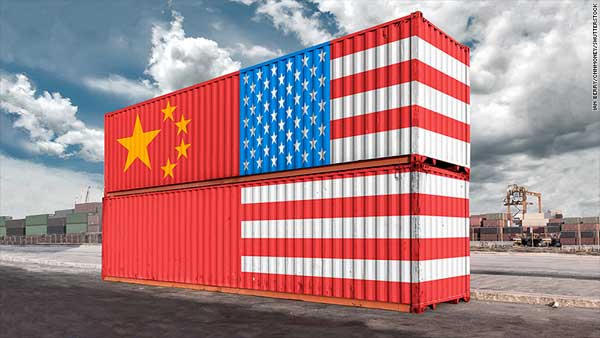 From a very modest beginning, the Sino-US economic relationship has grown exponentially during the past three decades, through both Democratic and Republican Administrations. I’m proud to have played a role when President George H. W Bush sent me to Beijing in 1992 to reconvene the US-China Joint Commission on Trade (JCCT) with my counterpart, thereby restarting the economic relationship following a rather moribund few years. Both countries, consumers, and businesses have benefitted from this growth. China has become the third-largest destination for American goods and services, and according to a new study by Oxford Economics prepared for the US-China Business Council, while this trade relationship supports roughly 2.6 million U.S. jobs.

However, President Trump, during the 2016 election campaign, spoke many times about his concerns regarding the trade imbalance with China. He pointed to the trade deficit – more than $300 billion in China’s favor – as a drag on GDP growth. He believes the U.S. has lost millions of jobs to China. He believes China engages in unfair trade practices and currency manipulation, and has threatened new tariffs on Chinese imports to the U.S. He is calling for a rebalance in this relationship.

Concurrently, we are encouraged by President Xi Jinping’s recent speech at the World Economic Forum at Davos, lauding “economic globalization” and free trade and investment. The U.S. business community has also applauded President Xi’s comprehensive agenda for economic reform put forth in 2013. Yet, not much specific progress seems to have been made so far.
A key question is whether both leaders mean what they say.

I know from my decades of participation in the political process in the U.S. that campaign rhetoric often dies down and changes once the new President is in office. But this time with the election of President Trump, I believe something is different.

As a candidate for the presidency, Trump gave voice to the frustrations and anger felt by millions of Americans who believe that the ruling political establishment of both parties has let them down. They voted for and elected President Trump because they believed he was serious about making the changes he was advocating. And, in his Inaugural address last week, he underscored the very same changes that he had promised during his campaign.

What I believe is different this time is the sheer determination with which President Trump, his Cabinet, and advisors will pursue the changes he has promised. And that includes a rebalancing of the economic relationship with China.

Further, President Trump is, in his own words and by all accounts, a master negotiator. The dictionary definition of negotiation is the process between which two or more parties seek to discover common ground and reach an agreement. So, it is possible that what President Trump said during the campaign and what he may do subsequently is the opening round of a negotiation with President Xi Jinping about changes the U.S. wants to see in the economic relationship. In any case, I believe everyone should take seriously President Trump’s determination.

There are several things China could do to start the rebalancing.

1. The U.S. market is quite open to Chinese imports. The U.S. has been welcoming investment from China, and that has skyrocketed in the past few years. Yet the Chinese market has some 100 sectors which are closed or have restrictions on foreign investment. The opening up of those sectors could make a good start at the rebalance. The Chinese government has put forth plans to do this but concrete actions have not yet followed. Finishing the negotiation of the Bilateral Investment Treaty (BIT) is also a worthwhile objective.

2. There are various tariff and non-tariff barriers to trade that have been documented; China could and should work to lower these.

3. China has an overcapacity problem in some industries, notably steel and aluminum. That has caused the “dumping” of these products at below market prices into various countries, including the U.S. Most recently, the U.S. has taken a complaint about aluminum to the World Trade Organization. China could work harder to correct the overcapacity situation.

4. Chinese companies, particularly the State Owned Enterprises, often receive benefits that give them a competitive advantage over foreign companies. The U.S. would like to see the achievement of the reforms that have been put forth and the playing field leveled.

It is also important that the two sides regularly engage with each other just as they have been doing these past years. There are now a multitude of governmental bilateral summits and dialogues, such as the Strategic and Economic Dialogue, the US-China Joint commission on Commerce and Trade (JCCT) and many others. These should be continued, even if the new Administration decides to restructure the U.S. side of them. There are many avenues of business to business engagement as well. The point is that these methods of engagement provide a regularized and serious way for those who lead the two largest economies in the world to communicate about and work to overcome troubling issues and disagreements.

The tone for these dialogues must be set at the top, and therefore, a great deal is riding on the relationship between President Trump and President Xi Jinping. I am hopeful that the two presidents will meet and talk regularly and often, and will establish a personal relationship. They have had an introductory phone call which, from all reports, was cordial, with both expressing the desire to work together. I am hopeful that they can and will look for ways and issues on which they can work together for the good of both countries and the global economy. And where there is disagreement, I am hopeful that they would look for common ground.

A trade war, such as some are predicting, harms both countries, creates uncertainty for many other countries, and is an activity that does not belong anywhere in the interconnected global world of the 21st century. I believe this will be averted. Instead, I truly believe the two presidents are pragmatic and understanding of the stakes involved, and will start a communication and negotiation process that results in wins for both countries.

Out of changing circumstances there is always opportunity for new understanding and new progress -- if there is the will on both sides to seize it.

China-US Economic RelationsXi JinpingingTrump and China Policy
printTweet
You might also like
Back to Top
CHINA US Focus 2018 China-United States Exchange Foundation. All rights reserved. Disclaimer