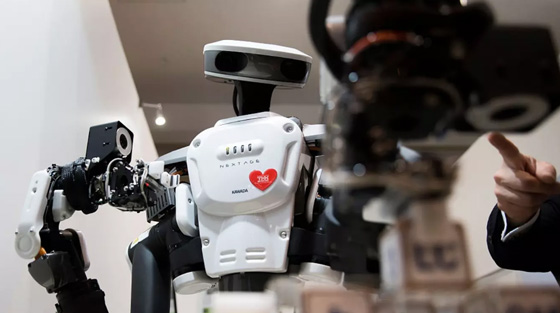 The U.S. and China are both vying to develop comprehensive national security strategies which incorporate artificial intelligence (AI) developments. However, their approaches differ in investment strategy, cooperation with AI leaders, the development of talent, and the anticipation of potential challenges. Differences in policy implementation will likely determine the leader of the upcoming AI revolution.

Whether video games, financial applications, vehicles, military weapons, or speech recognition software, AI integration produces ‘smarter’ and more autonomous processes and services. Unlike ‘frozen software,’ which cannot evolve through learning, AI systems continue to improve with exposure to new information. Due to its immense potential to ‘intelligentize’ existing technologies, societies of the future will employ artificial intelligence for military, social, and economic purposes.

In terms of scope, in America, AI is primarily under development for military integration. American military leaders advocate for the tactical and narrow application of AI in offensive and defensive weapons, limiting automation and preserving the human command and control systems. China, however, is less concerned with legal and ethical issues and is prepared to apply AI enhancements to society as a whole, granting greater authority to technology in industry, economy, and the military.

U.S. companies are faced with substantial Chinese competition. Baidu, similar to Google, is a leader in speech recognition among other AI subfields, and Tencent utilizes AI in popular consumer applications. While American enterprise is currently leading the AI revolution, the ‘data gap’ between China and the rest of the world is insurmountable. China contains approximately three times more mobile phone and Internet users than the U.S. or India, utilizes mobile payment applications 50 times more, and uses food delivery services by more than tenfold. Access to these massive data troves, in combination with increased research output, will likely propel China to a position of AI global leadership or co-leadership in the coming years.

As outlined in a report authored by world-renowned AI researcher, Kai-Fu Lee, and the Head of Eurasia Group's Geo-Technology practice, Paul Triolo, this data advantage is essential to China’s AI strategy. Information collected by firms involved in cloud services, e-commerce, and social media is used to train AI algorithms in subfields such as facial recognition, voice recognition, and natural language processing. While China is lagging behind other AI leaders in hardware production of microchips and processors, it hopes to become the “world’s primary AI innovation center” by 2030 by exploiting its data advantage.

The Chinese plan for AI development resembles AI policies previously prescribed by the Obama administration in 2016, and includes long-term investment strategies, advocacy for more private sector and government cooperation, plans to cultivate top-level engineering talent, and the anticipation of potential AI-related societal challenges. It outlines a strategy to construct a first-mover advantage through collaboration with leaders in academia, research, industry, production, and business: linking the private sector and the state. The Chinese government argues that a dual military-civil approach will protect the interests of the Chinese Communist Party (CCP) and maintain robust state security and national defense systems, through developments in policing, censorship, and surveillance.

The Chinese are anticipating the future of AI with a broad whole-nation approach to maximize research, development, and application but minimize undesired regulatory, legal, and ethical consequences. However, Beijing’s goals are more ambitious in hoping to increase overall domestic health, prosperity, and convenience through AI application. The Chinese government hopes to leverage AI opportunities to govern more effectively through ‘smart’ cities, government, and manufacturing in industries like agriculture, transportation, social security, pension management, and public security. Additionally, the Next Generation Artificial Intelligence Development Plan seeks to repurpose AI breakthroughs for national defense and use by the People’s Liberation Army (PLA). Unlike the U.S., Beijing seeks to “intelligentize” all aspects of governance and statecraft.

Does the U.S. Lack a Strategy?

U.S. Treasury Secretary Larry Summers predicted that advances in AI “may have a third of men between the ages of 25 and 54 not working by the end of this half century” in the U.S. Ironically, instead of anticipating potential challenges generated by AI application, the current U.S. Treasury Secretary, Steve Mnuchin, has stated that AI workforce issues are “not even on our radar screen.”

As outlined in the Belfer Center Study on Artificial Intelligence and National Security from July 2017, the U.S. is targeting a variety of military uses for AI but failing to address potential transformative qualities pertinent to society. The U.S. Third Offset strategy attempts to compete with global adversaries through developing military deterrence technologies. Silicon Valley and the Department of Defense (DOD) invest primarily in virtual reality to increase the effectiveness of training and computer vision capabilities to identify between strike and non-strike targets. Currently, the U.S. is not heavily funding the technology essential to broader analytical application of AI or cloud improvements which will increase overall processing speeds.

The tactical U.S. approach, combined with Washington’s turbulent relationship with Silicon Valley, threatens the American ability to formulate a long-term national strategy with regards to AI. The Belfer Center Study argues for increased DOD involvement in funding for general research and development in both offensive and defensive settings, and for cooperation between the national security community and the commercial AI industry.

If legal and ethical impediments concerning autonomous military systems and diminished funding continue to reduce government and private sector cooperation, the U.S. will find it difficult to compete with China’s ambitious plans to apply AI to all segments of society. Leadership in Washington must acknowledge that the artificial intelligence revolution will alter national strategy, priorities, and interests, and will also shift the global balance of power to states most prepared for it.

AINational Security
printTweet
You might also like
Back to Top
CHINA US Focus 2018 China-United States Exchange Foundation. All rights reserved. Disclaimer