Are Trade Wars Good and Easy to Win? 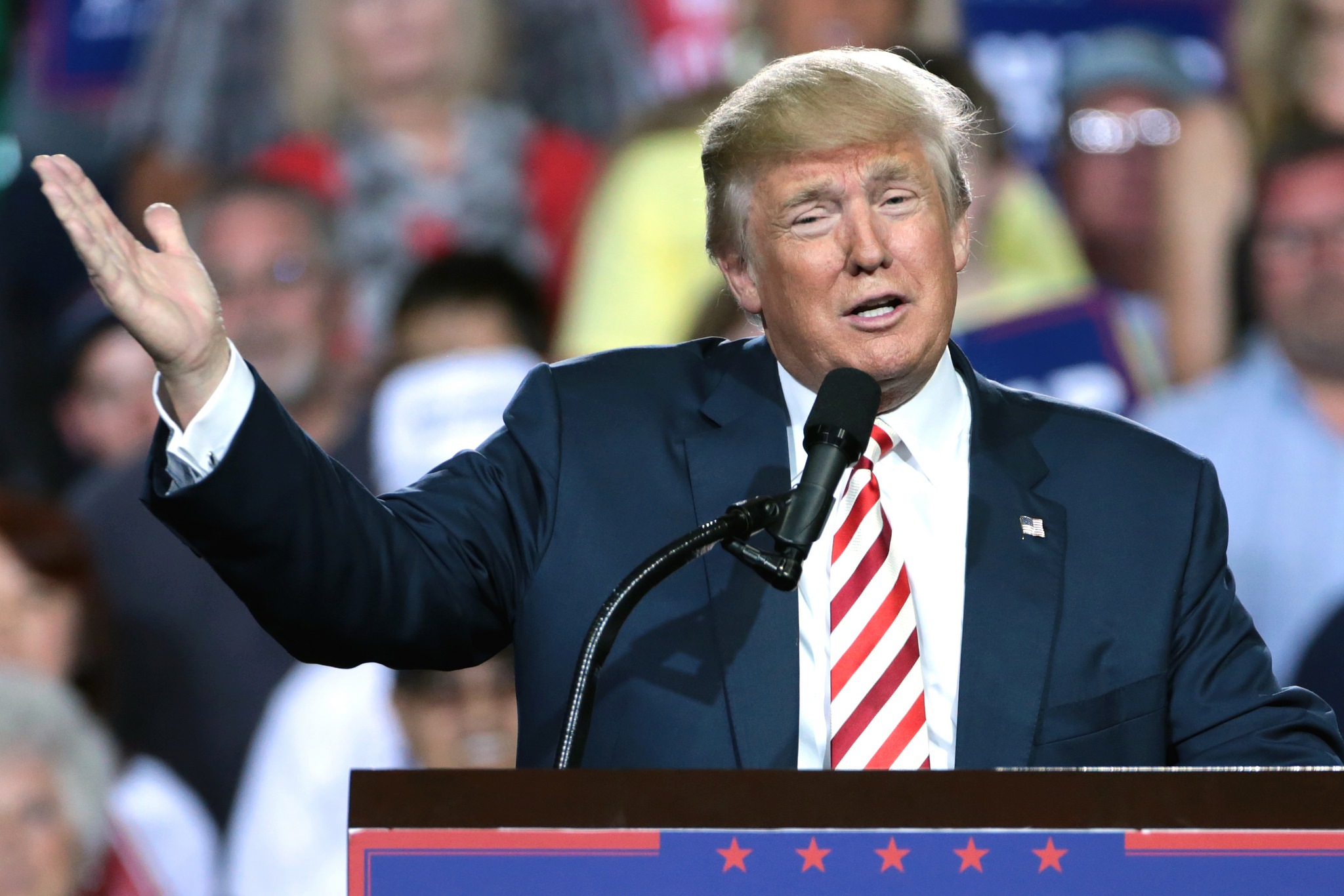 “Trade wars are good, and easy to win.”

“When there was little room for public policy, populist policies adopted by developed world governments helped fuel the crises.”

In an earlier article, I argued that the “the ultimate game that Trump will be playing with China will be a game of chicken in trade and the ultimate question is going to be who will blink first.” This has not changed. President Trump played his card masterfully in the beginning of March by citing Section 232 of the U.S. Trade Act that authorizes the president to impose tariffs for national security concerns, sending shockwaves across Europe and Asia. With Garry Cohn – the globalist cosmopolitan and Wall Street representative despised by the Alt-right – resigning from the White House, Trump also doubled down on his earlier tweets asserting that as China enjoys an enormous trade surplus against the U.S., the U.S. could actually win the trade war. But are trade wars easy to win and is Trump both willing and capable of escalating the conflict with Beijing to an all-out trade war, hoping that China will sooner or later capitulate? And also, would a trade war be effective in encouraging China to embrace a more reciprocal trade relationship, setting the stage for the next era when China will be competing directly with advanced, industrial, Western goods?

Three constituent strategic elements will be the key determinants evaluating the current trade power dynamics between China and the U.S. and the capacity of Trump to deliver on his threats: economic capability, strategic resolve and strategic trade alliances. The first is an indicator of material capabilities and the latter two are indicators of strategic determination and operational acumen.

Capability can be assessed by the size of a country’s economy relative to global GDP, its dependency on trade— also called trade openness— and the bilateral trade balance with its major competitors. A big economy which is not so dependent on trade and has a deficit with its major trade partners is better qualified to escalate and dominate a trade conflict, thus probably winning early concessions by its adversaries – all other things kept constant. This seems to be the crucial indicator that Mr. Trump is counting on as an accomplished businessman and author of The Art of the Deal. Indeed, the United States remains the world’s largest economy, and its trade dependency accounts for 26.5 percent of its GDP, while China’s is 37.1 percent. The U.S. is the side suffering from an all-time high 2017 bilateral deficit of $276 billion. Nonetheless, U.S. superiority is not as fully-fledged as it seems. Unlike the 1971 Nixon shock and 1985 Plaza Accord when the U.S. coerced the Europeans and the Japanese into currency and trade concessions, the gap between the U.S. economy relative to China’s today is much narrower than that of the U.S. and Japan at the time of the Plaza Accord or Nixon’s shock. Meanwhile Beijing is a much more autonomous global actor than Japan and Western European states which were then fully-dependent on the U.S. nuclear umbrella to defend them from the Soviet menace.

But in negotiations and dynamic strategic interaction, material capabilities are not the sole determinant. Strategic resolve is also essential and here is where Mr. Trump’s self-confidence suffers. With Xi Jinping officially becoming “emperor for life” and the party in charge of the state apparatus, China’s political strategy and retaliation to U.S. tariffs will be as targeted as it will be trenchant. During a hectic period of mid-term elections in the U.S., Beijing would target American exports from swing states, undermining the chances of a Republican majority in both the House and the Senate. This would be a devastating blow to Mr. Trump, who could even be indicted by a Democrat-controlled Congress. If the EU managed to deliver painful blows to the Bush junior administration when the U.S. imposed tariffs on steel in 2001, then China could most probably emulate this action. Mr. Trump’s best hope is that the nascent bipartisan consensus in the United States that China has circumvented World Trade Organization (WTO) rules by compelling U.S. companies to transfer technology in return for market access (Section 301 investigation) will solidify the nation’s stamina and will not affect mid-term elections. Yet, political cleavage and the caustic polarization of the U.S. republic make this an overly optimistic assessment.

Last but not least, the U.S. and China are not the sole elephants in the room. The European Union (EU) is actually the largest trade power in the world and when it comes to trade, it enjoys enormous influence both in terms of institutional power through the WTO and in terms of retaliation by limiting access to its affluent half a billion consumers. Trump’s steel and aluminum tariffs will mostly affect European exporters who were not included in the latest revision protecting Canadian and Mexican exporters. Responding to the EU’s warnings of retaliation, the U.S. president tweeted that the U.S. could impose a border tax on European automobile exports to the U.S.; never before has the Transatlantic relationship been in such peril. Does this imply that the EU is ready to unconditionally align itself with Beijing? The EU has serious trade disagreements with Beijing (on China’s market economy status at the WTO and investment access), but Beijing and Brussels agree on the institutional imperative that the WTO system stands supreme and they both unconditionally oppose trade unilateralism à la Trump. Meanwhile, the EU is also competing neck-and-neck with the U.S. to gain market share in the vast Chinese market in automobiles, airplanes and other high-value added manufacturing goods. As I noted in an earlier article, “as the Chinese market is expected to become the largest market by a big margin, it is access to this vast market that has once more lead into a cutthroat competition between major Western powers. Yet China unlike the days of the Boxers, is much stronger and increasingly capable to play the new geo-economic game with sharp strategic competence. Unlike in 1900, this time China can choose with whom to realign its gigantic geo-economic posture.” In all, under the current circumstances, it is more probable that European officials will hold their nose and momentarily align with China thus leaving the U.S. cornered. But even if they stay neutral, this will still not benefit Washington.

If one thing is clear from evaluating the material and strategic balance of power between the United States and China, it is that trade wars are not easy at all to win: the president is bluffing. A Sino-American trade war would most probably lead to what former Undersecretary of State Robert Hormats has described as “Mutually Assured Depression.” It would also exacerbate the rising securitization of Sino-U.S. relations, with ominous effects for global peace and prosperity.

It is therefore during this current crisis of multilateralism that a quote from Liu He should guide Sino-U.S.-EU discourse on trade: “When there was little room for public policy, populist policies adopted by developed world governments helped fuel the crises.” Room for public policy needs to be expanded in such a way that those who were harmed by the open markets have to be subsidized by those who were enriched and often parked their wealth on fiscal havens. In addition, social dumbing and regulatory arbitrage should not be tolerated and reciprocity on market access should be expected by economies on similar levels of industrial development.

The U.S. will hardly ever narrow significantly its trade deficit with China, mostly due to the Macroeconomic fundamentals of the two economies. However, there is still ample room for a fairer relationship and for a trade peace with honor if China harmonizes its trade practices, opens up its state procurement and allows more investment to flow into the country. While Mr. Trump the populist does not care much about the welfare of the American labor class, Mr. Liu the rationalist communist could help deliver responsible Chinese trade behavior that both tames the demagogue across the ocean and empowers the essential world trade institution, the WTO, to survive the current ordeal. This would not mean that China has blinked first; it would not be a sign of Chinese weakness, but a sign of dawning Chinese responsibility.