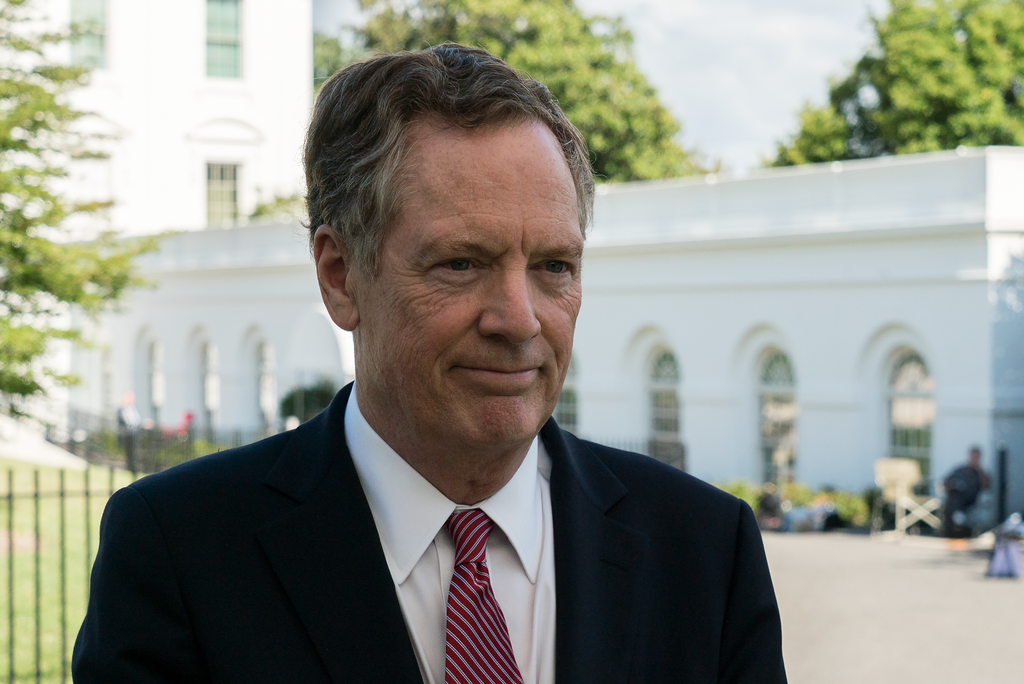 On 23 March, President Donald Trump announced he would impose 25% tariffs on imports from China worth $50 billion, along with new restrictions on Chinese investment in the US. In a prompt response, China announced 25% tariffs on US imports worth $3 billion, including steel and pork. The prospect of a trade war between China and the US sent shock waves across the international financial markets, and heralds substantial risks for the global economy.

The Trump administration invoked Section 301 as the legal basis for its actions, which allows the US president to take any measures appropriate against a foreign country for actions that go against the international trade rules and those deemed unreasonable and discriminatory against US businesses. According to the Section 301 report authored by US Trade Representative Robert Lighthizer, China has committed four malpractices in trade with the US, including forced technology transfer through joint venture, shareholding companies, and other forms of investments, obtaining technology from US companies through investment, obtaining advanced technology and intellectual property critical to Made in China 2025 through systemic state sponsored investments in US businesses, as well as mergers and acquisitions, and lastly theft of intellectual property and trade secrets through cyber activities. The report alleged this resulted in $50 billion losses annually.

Based on the findings, in addition to filing a lawsuit against China at the WTO, President Trump has asked the Treasury Department to produce a list of Chinese imports worth $50 billion in two weeks, which will be subject to 25% tariffs, including the aerospace and information technology sectors. Meanwhile, the US has also demanded China reduce the $375 billion bilateral trade deficit by $100 billion in a year, and is in the midst of rolling out measures to restrict Chinese investment in the US high tech sector on the grounds of “intellectual property theft”.

As things stand now, if these measures are implemented, it will cut deeply both ways. In the past few years, China’s exports to the US totaled around $450-460 billion, and Trump’s plan to levy tariffs on $50 billion worth of Chinese imports consists of 11% of total volume, which is quite a substantial amount. China will take retaliatory actions, and the back and forth could risk escalation of trade tensions to the detriment of both countries economically and politically.

China has repeatedly said that it does not want a trade war with the US. China as a country is undergoing the most profound changes in history. Under the strong leadership of President Xi Jinping, China has made great headway in addressing challenges such as corruption, environmental protection, energy, debts, health care, and governance. China has set up a new governance structure, a central task for its development. In the years ahead, economic rebalancing and financial reforms will be on top of the agenda. Reform as a whole is an ongoing process, and these tasks mentioned may take at least another decade to fully accomplish. China needs a stable environment both at home and abroad for its development, and sound China-US relations is at the center of such stability.

The US has pressing economic and social issues to deal with. President Trump was elected to “make America great again”, but protectionism provides no answer. Imbalance in trade between China and the US has been a longstanding issue with complex structural causes. Bilateral trade is settled in dollars, and surplus for China is also denominated in dollars and is spent primarily in the US as investment or to buy liquid securities such as T-bonds. The cycle feeds itself. US federal bond debts now total $22 trillion, and another $2 trillion bonds will be issued this year. Searching for potential buyers will not be easy. If China is unable to purchase more US bonds, the Fed will have to raise interest rates, leading to hiked interest payment expenditures and a subsequent expansion in the federal deficit.

Also, higher tariffs will affect consumer expenditures. As most of the items subject to tariff hikes are consumer goods, average Americans will have to foot the bill. Higher prices will not be well received, adding to a list of unpopular GOP policies including gun rights and entitlement cuts. Things may well come to a head soon. President Trump should try placating the people, not aggravating their pains.

Trade benefits both partners, and in the same vein, trade war harms both sides. Now the USTR is working on a list of Chinese products to be subjected to tariffs, followed by a 30 day comment period. That means the list will undergo review and revision till May. As a general practice, the US government will allow a 60 to 90 day grace period for the related industries before the order goes into effect. With a 3 month window, if the two countries can engage in meaningful talks, a deal is still possible, and a trade war can be kept at bay.