China and U.S. Should Treasure Their Economic Mutual Dependence

In recent years, an inconspicuous view on mutual dependence between China and the US has drawn attention from people seeking an alternate perspective: the “de-linkage” between Chinese and American economies. According to this proposition, the state of American economy now has a less outstanding impact on the Chinese economy. In the first three years since the global financial crisis, the serious slowdown of the American economy did not seem to have a conspicuous influence on the Chinese economy, which continued growing at a fairly high speed. People used to say that when the US had a cold other countries would sneeze. It was not true this time. In the past two years, the American economy has gained a good momentum while China is slowing down. America’s driving role seems to have disappeared. The relevance of this influence is shown in two-way trade. 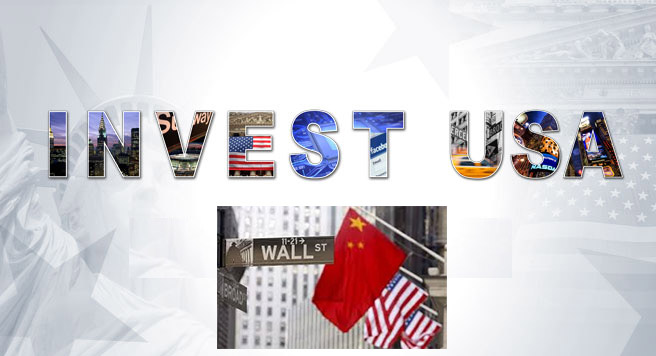 According to statistics, the American economy was in good shape in 2010 but in May that year Chinese exports to the US had a negative growth of 1.6%. Since November 2012, Chinese exports to the US have registered negative growth, down from the double-digit growth in 2009 and 2010 to single digit or even negative growth. The proportion of imports from China in America’s total imports reached the peak of 20% in 2008 and has been moving between 15% and 20% in recent years. The proportion of Chinese exports to the US in the total exports of China has dropped from a high of 23% to the current 15%. Keen observers have started to consider whether it’s a temporary phenomenon or a major logical change with material significance to the mid- and long-term development of the Chinese economy.

More importantly, in the steady recovery of the American economy, there is the possibility of an interest-rate increase, which may raise China’s risk of capital flight. In the real economy, the renewal of manufacturing industry in the US will offset Chinese production capacity, leading to great over-capacity in China.

The above represents an observation of these two countries’ economic relations in a relatively short period of time. The “de-linkage” argument is not always reality. Generally speaking, the American economy has entered into a period of readjustment and repair, the so-called “new normal” featuring de-leveraging and enhanced regulation. It took the lead to move out of crisis only in 2013, with the capital market regaining vigor, unemployment rate dropping, inflation getting under control and popular confidence recovering. A projected negative growth in the first quarter caused concerns over whether the recovery would be solid or not. The figure was later revised as positive and the second quarter has a growth of 2.3%. The momentum of recovery and relatively improved macro-economic indicators still have a positive effect on the Chinese economy.

According to statistics from Chinese Customs, total two-way trade reached $555 billion in 2014, an increase of 5.4% over the previous year, higher than China’s overall import and export growth (2.3%). In 2014, Chinese exports to the US valued 396 billion dollars, up 6.4% over the previous years; and its import from the US reached $159 billion dollars, up 3.1%. In the first five months of this year, Chinese exports to the US reached $204 billion (which is about 1.3 trillion yuan), an increase of 2.8% year on year; its imports from the US valued $58.8 billion (which is about 374.5 billion yuan), down 8.9%. With the American economy moving towards the better in the second quarter, import demands have picked up in May. According to the Ministry of Commerce, Chinese export to the US increased by 7.9% in May, a rate 4.5 percentage points higher than the previous month. Structurally, import and export by foreign-invested enterprises decreased by 1.1% (158 billion yuan) in May while those by Chinese private enterprises increased by 2.6% (99.64 billion yuan). In other words, export by private enterprises to the US grew faster. Obviously, the de-linkage, if any, is unidirectional: China’s influence on the American economy remains limited while the US, as China’s largest export market and second-largest trading partner, remains positively correlated to the Chinese economy.

There remains fairly close mutual dependence between the two economies at least in trade flows. A state of relative or temporary de-linkage might exist unidirectionally rather than two-way, structurally and in specific sectors rather than in the overall economy. As both are giant economies with a GDP of over $10 trillion and two-way trade occurs in gigantic volumes, America’s pulling effect on the Chinese economy can no longer be judged on the basis of the level of trade and its effect on Chinese economy in the past. Bilateral trade volume was around $1 billion in the early 1970s and nearly $20 billion in 1990. The increase or decrease in import and export, of course, had a more apparent impact on the economy. Now at over $550 billion, annual bilateral trade accounts for a lower proportion of both countries’ total trade volume, with an influence that must not be underestimated.

Economic mutual dependence between these two countries will shift from quantitative expansion to structural interdependence. The interdependence will be increased through various consultations at all levels, such as those to speed up negotiation of a bilateral investment protection agreement, open further trade in high tech and financial services and seek development of common rules in regional integration. The process will help China-US economic relations and trade develop deeper in wider areas and towards higher levels. As the Chinese economy and domestic demands grow bigger still, its import and export with the US will become more balanced and Chinese influence on the American economy will also increase.

The economic mutual dependence remains in a rational range. Since the end of the Cold War, China-US economic ties have been repeatedly proved to be the ballast of the countries’ overall relations. However, these two countries need a ballast beyond economics and trade, reflecting their mutual dependence rather than confrontation or conflict. The China-US relationship is still confronted with many problems, both bilateral and multilateral. Without the mutual dependence perspective, the two countries will only be trapped in such problems. Obviously, a close bilateral relationship is always accompanied by more differences, frictions or even conflicts, including profound structural contradictions. So long as both regard and handle their relations from a strategic and long-term perspective, there will be no difficulty that China and the US can not overcome.

China-US Economic Relations China’s Investments in the Americas Xi’s US Visit
printTweet
You might also like
Back to Top
CHINA US Focus 2018 China-United States Exchange Foundation. All rights reserved. Disclaimer