Sino-Israeli economic ties are fraught with contradictions. Commercial and trade links are set to deepen over the coming years while military and strategic relations, once the cornerstone of the relationship, will remain limited. Israel seems keen to resume limited sales of defence equipment and dual use technologies to China, even though Beijing maintains close ties with Iran and does not recognize Hamas or Hezbollah as terrorist organizations. That Hamas rockets fired into Israel are eerily similar to Chinese rockets, only further complicates matters. Diplomatically, deeper engagement in the region will lead to pressure on Beijing to take a more proactive role in the peace talks, but China’s traditional “hide and bide” will remain the guiding principle in the Middle East. 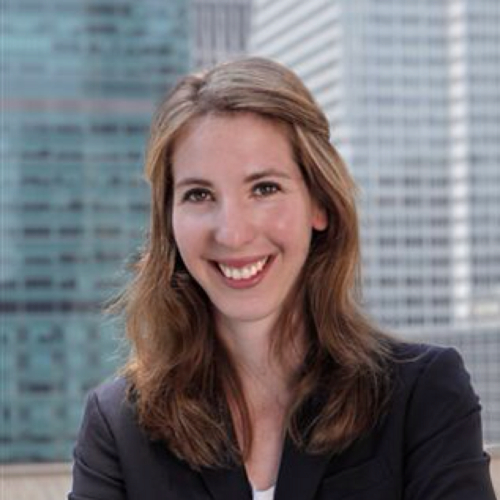 Against this backdrop, it may be somewhat surprising that Sino-Israeli bilateral trade is booming, yet it has increased almost 220-fold, from as little as $51 million in 1992, when diplomatic ties were established, to almost $11 billion in 2013. Today, China (including Hong Kong) is Israel’s second top export destination after the United States and the Israeli Central Bureau of Statistics estimates that by the end of 2014, China will have displaced the US. The trade balance is still largely skewed in China’s favour as it exports manufactured goods including diamonds, electrical and electronic equipment, food, textiles and clothing. Israeli exports (roughly $3 billion in value) to China are concentrated in three main sectors: electronic components, minerals and chemicals.

Over the past year, however, both sides have been working to deepen the relationship and expand it beyond two-way trade. High-level delegations have been actively exploring avenues for collaboration on trade, technology transfer, agriculture and public works following Prime Minister Benjamin Netanyahu’s visit to China in May 2013. This impetus in bilateral ties dovetails with China’s efforts to engage more actively with Middle Eastern countries. While the lion’s share of Chinese interests in the Middle East revolves around energy, Israel is all about hi tech. Chinese interest in Israel’s military technology and innovations is increasing, just as Israeli companies are finding more ways to align themselves with China’s ambitious economic rebalancing agenda. As such, they are targeting sectors including hi-tech, renewable energy, water treatments, medical equipment, communications, agriculture and consumer products. For Chinese firms, Israel offers specialized high-tech innovation, which is often in search of financing, and a highly skilled workforce in an investment destination that is less politically charged than the US. At the same time, Israel is actively encouraging Chinese investments in Israeli infrastructure. Over the past few years, Chinese foreign direct investments in Israel have increased substantially with Sinochem’s $1.4 billion acquisition of a 60% stake in Makhteshim Agan (one of Israel’s largest agrochemicals maker) and a $240 million purchase of Alma Lasers by Focus International. China’s Bright Food group has also recently acquired a controlling interest in Israel’s Tnuva Food Industries Ltd.

The crown jewel for China remains the resumption of military cooperation with Israel. But while strategic and military relations were the cornerstone of Sino-Israeli relations in the 1980s and 1990s, they have all but ground to a halt since Washington’s strong objections forced Israel to cancel a $1.1 billion sale of a Phalcon early-warning aircraft to China back in 2000. Both Israel and China may be looking to resume some form of defence exports, but these will likely take a back seat to other ventures as Washington remains firmly opposed to any such ties. For now, Israeli companies still rely heavily on the US market, while the Israeli government relies on US government aid.

As China’s footprint in Israel continues to expand, it will also fuel the debate in Israel about the impact of closer ties with China on Israel’s relations with the US. Israel must balance its burgeoning relationship with China with its deep and established ties with Washington. Even though trade and investment dynamics may well be changing and could lead China to surpass the US as Israel’s largest trade and investment partner in a number of years, it is the $3 billion a year of US government aid, most of it earmarked for purchases from American military manufacturers, that officials in Israel are loathe to jeopardize. Beyond trade figures, Washington’s support for Israel in the UN or on regional issues is priceless for Israel.

While US concerns over Israel’s relations with China will cool ties, China’s ties with other countries in the region, first and foremost with Iran will also complicate matters. For example, Israel and China are far apart in their assessment of the threat related to the Iranian nuclear program. Moreover, Beijing also has long-standing relations with the PLO, recognizes the Palestinian state in the UN and does not consider Hamas and Hezbollah as terrorist organizations. Moreover, the M-302 rockets fired by Hamas into Israel may have been manufactured by Syria, and their design is based on the Chinese Weishi-2 (WS-2) rockets.

Indeed, as China seeks to deepen ties with Israel while at the same time maintaining its neutrality on Syria, as well as fostering good working relations with Iran, Saudi Arabia and Iraq, it will not only live with the inherent contradictions in its ties with Israel, it will embrace them.