China-US Relations at an Inflection Point? 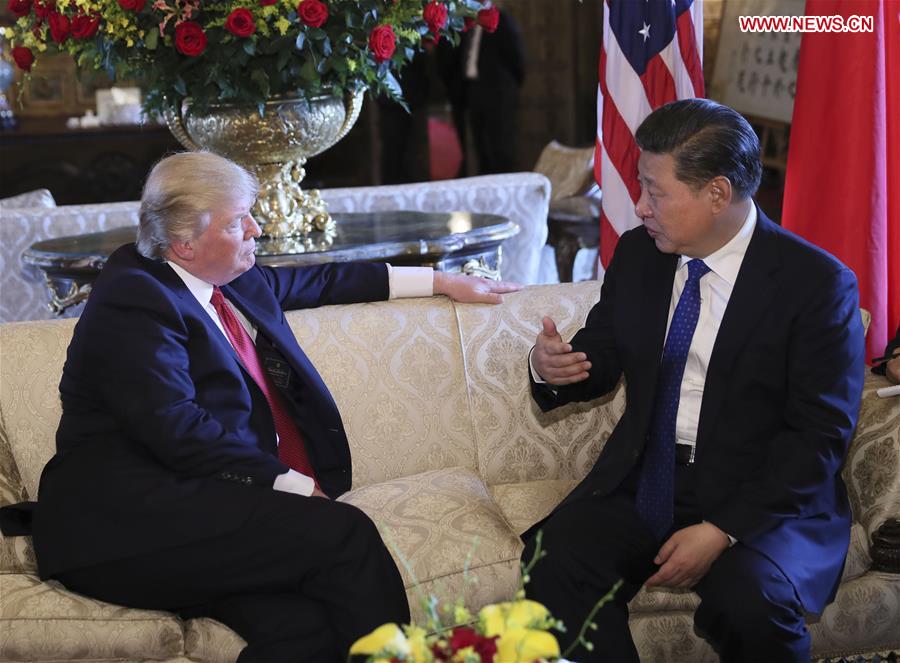 The China-US trade friction has eased temporarily. The economic teams from the two countries are working hard to defuse tensions. But the Trump administration is still wielding a stick against China.

Its tariffs on steel and aluminum imports in the name of cutting the U.S. trade deficit reveals the U.S.’s broader scheme to replace “free trade” with a so-called “fair-trade” that is discriminatory against China.

Second, the threat of another $150 billion in tariffs is directed at China’s policies regarding technology transfer, intellectual property, and the Made in China 2025 plan. Ultimately, it is about preventing China from innovating its way up the value chain to prosperity.

Third, a string of business deals between Chinese and U.S. companies have been blocked by the Commerce Department, the Committee on Foreign Investment in the United States (CFIUS), the Federal Communications Commission (FCC), on the ground of “national security” or “personal data security” concerns.

The unfolding trajectory of the U.S.’ China policy deviates from the relatively cautious posture President Donald Trump exhibited in his first year in office. While consensus is a rare commodity in U.S. politics today, there appears a convergence of negative attitudes toward China across the board, uniting the President and the rest of the government who have cried wolf for so long. And this union is demanding that the U.S. seek fundamental and systemic changes in its economic relations with China.

However, beneath that voice lie confusing and conflicting messages either by design or accident. Is it bluff and bluster as a trick of psychological warfare? Or is it Trump’s bargaining style to set the stakes high but eventually settle on a profitable quid pro quo? Or is it an open expression of the official desire to stop China from catching up with the U.S.? Any negotiations between the two countries will be largely overshadowed by these uncertainties.

China must remain sober. The current tit-for-tat may escalate into a trade war, and spill over to other fields, engulfing more diplomatic and security issues. The two countries might slide into mutual hostility. Political pundits from both China and the U.S. have cautioned that the punitive tariffs as well as retaliatory measures could be the first shots in a looming China-U.S. strategic competition, and that the two giants are near a “tipping point”.

The atmosphere turned chilly in late 2017 and early 2018, when the U.S. government issued a succession of official documents, including the National Security Strategy, the National Defense Authorization Act, the National Defense Strategy, labeling China an economic and strategic competitor. The official confirmation of China-U.S. competition came as no surprise, for it is deeply rooted in the long-brewing suspicions about China prevalent in U.S. strategic thinking. Around 2010, the U.S. concluded that China had become a major strategic rival. The heated debate on China policy in 2015 has accentuated this.

China must stay alert against U.S. politicians scapegoating it to divert attention from domestic difficulties.

While China-U.S. relations enter a new phase in the new era, the two countries need to do their best to clarify their strategic intentions.

Today, the power balance between China and the U.S. is shifting, feelings are getting increasingly sensitive, and the landscape of economic interests for the two to share and contest is changing. China and the U.S. have arrived at a stage where the low-hanging fruits of cooperation have been picked up, and their structural differences surface.

Innovative ideas are imperative in times of great change. China and the U.S. need to close the gap in their thinking by having frank and sincere dialogues. The United States need to have clear answers to the following questions: What is the purpose of engagement with China? How to guarantee that competition doesn’t lead to confrontation? What is the “result-oriented US-China relations” the White House and the State Department have mentioned?

The Chinese side should consider whether a win-win approach is always possible, or whether there are some situations that are more of a give and take. It should also consider that properly managing competition might have to come before moving to cooperation. Realism is preferable to lofty idealism with good intentions.

2018 marks the 40th anniversary of China’s reform and opening up. Forty years ago, China began build ties with Western countries by reaching out to the U.S. The US has exerted great influence on China’s reform and opening up. It is safe to predict that as China continues to catch up with the U.S. as a powerhouse, bilateral relations will experience even more ups and downs. It is incumbent on the two countries to compete and cooperate with each other in a way that is conducive to reforming themselves, adapting to changes, and moving with the trend of the times.