Chinese Investors Making Inroads in the US

Over the holidays, I was in New York City and walked past One World Trade Center – the site of the 9/11 tragedy and now the location of a new soaring skyscraper that has been deemed the tallest building in the United States. One of its biggest new tenants, scheduled to move in during 2015 and take up six floors and 190,000 square feet of office space, is the 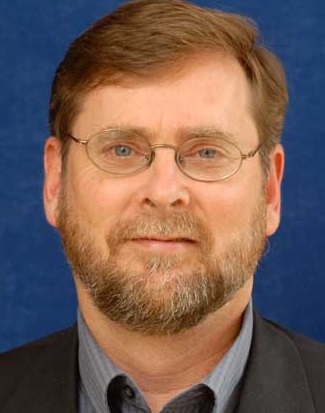 When it opens its new office space, China Center aspires to be a glitzy penthouse for business and civic leaders to hobnob and network. Owned by Vantone Real Estate, one of the largest property developers in China, it will include a private-member club, multiple restaurants, a bar, a tea lounge, avertical “folding garden” and conference spaces. Beyond its commercial focus, CCNY seeks to amp up its business buzz by embedding its members and visitors into an alluring cultural experience, including exhibitions of cutting-edge art works, haute-couture fashion shows, lectures by thought leaders, ongoing displays of contemporary Chinese paintings, sculpture and photography, and private screenings of new Chinese films. This will be a splash of “commercial and cultural Communism,” on display in the Big Apple.

And no question, Chinese investors are greatly focused on New York. In 2013, Greenland Holdings Group, a state-owned company, purchased a 70% stake in Brooklyn’s $5 billion Atlantic Yards project. Beijing real-estate tycoon Zhang Xin led an investment group’s estimated $1.4 billion purchase of the General Motors office tower, a  50-story, 705-foot (215 m) monster that is one of the few structures in Manhattan that occupies a full city block and reportedly the most expensive building in the U.S. In October, Fosun International Ltd. acquired the landmark building One Chase Manhattan Plaza for $725 million, 2.2 million square feet of office space purchased from J.P. Morgan Chase. Anticipating more Chinese investment and commercial activity, Fosun billionaire co-founder Guo Guangchang projects that eventually his company will fill as much as one-third of the building with Chinese companies.

But New York City is not the only target for Chinese real estate investment. While square footage in Manhattan goes for top end prices, Chinese investors lately have been snapping up low end properties in the unlikeliest of places – poverty and crime-ridden Detroit, Michigan.

The city of Detroit, which is broke and has seen real estate values plummet, has become the fourth most popular U.S. destination for Chinese real estate investors (with Los Angeles and Philadelphia ranked after New York City). With thousands of homes foreclosed, in some cases a two-story home was auctioned off for as little as $39. This attracted attention in China, with state broadcaster China Central Television reporting that houses in Detroit cost the same as “a pair of leather shoes.” A poster on Sina Weibo pitched, “Seven-hundred thousand people, quiet, clean air, no pollution, democracy — what are you waiting for?”

And so Chinese investors came a-calling. Some have made bulk purchases of 100 to 200 cheap homes in the urban rings surrounding the city center. Many of the houses are being bought sight unseen. But it’s not just Detroit’s residential properties that are being snapped up. Dongdu International Group of Shanghai bought at rock bottom prices, sight unseen, two downtown icons, the David Stott building for $4.2 million and the Detroit Free Press building for $9.4 million. Both were bought at auction last September with plans to redevelop those buildings into a $50-million apartment and retail complex.

How ironic is that? Dongdu International, which is a “communist-capitalist” company accused of refusing to pay 30 million yuan ($4 million) in wages to Chinese migrant workers, has now bought a building that for decades was a bastion of the free press in the United States.

But who in Detroit can complain? With US investors mostly having abandoned Detroit, Chinese investors are seen by some as godsends helping Motown and Motor Town to get its groove back. It’s been good publicity for Chinese investors, and they need it. Eight years after the CNOOC-Unocal debacle, in which Washington lawmakers killed CNOOC’s US$18.5 billion bid for Unocal Corp, polls still show that many Americans are uncomfortable with Chinese investment in the United States, with 51 percent of Americans believing China poses the greatest threat to the U.S. economy and 34 percent not comfortable with any investment by Chinese firms into U.S. Companies.

But Chinese investors’ plans have been anything but public relations-driven campaigns. In fact, there’s a method to their madness. Chinese buyers are keenly aware of Detroit’s long time position as the automotive capital of the United States. In addition, they are keeping an eye on efforts by a few US investors like hometown billionaire Dan Gilbert, who has launched a load of property investments in the urban core. Gilbert, the founder and chairman of Quicken Loans and owner of the Cleveland Cavaliers basketball team, has bought up 1.7 million square feet in Detroit as the core of his revitalization plan to create a cluster of entrepreneurial companies that can lure away start-ups from other cities. Chinese investors are hoping to catch a new Detroit investment wave that sparks a downtown resurgence and then reverberates out into the residential rings.

But it’s not just in the United States where Chinese investors are ramping up their activity. In the past two years, Europe has attracted twice as much Chinese investment as the US, as investors seized commercial opportunities arising from the eurozone crisis. Chinese investors have bought into cash-strapped European industrials and assets such as utilities and other infrastructure. China’s annual FDI flows to the EU tripled to more than $10 billion in the past two years, while in the U.S. it has surged to $6.5 billion, a record high but still below the levels in the EU.

At least two factors seem to be driving Chinese investors. First, they have sought out bargains in economically-troubled places, whether in the eurozone, Detroit, and even New York City. In addition, more Chinese companies have begun looking for deals abroad because of tight policy measures in China aimed at cooling off the country’s overheated housing market.

But a third factor also may be in play. Some experts believe that the parking of wealth offshore may indicate an increase in capital flight from China. A study conducted by Bank of China and Hurun found that more than half of China’s millionaires have taken steps to emigrate or are considering doing so. No one knows how much Chinese individuals already have stashed offshore, with estimates ranging from $450 billion in assets to $658 billion. Boston Consulting predicts Chinese offshore assets will double in three years. CNBC recently called the movement of Chinese capital “one of the largest and most rapid wealth migrations of our time: hundreds of billions of dollars, and waves of millionaires flowing out of China to overseas destinations.”

If those numbers are true, then that would be evidence that the transfers of cash out of China are not just normal investment diversification or because these investors are so bullish on the potential in Europe, New York and Detroit – it may indicate that these investors are not confident about China’s own prospects.

On the other hand, the Chinese have only 13% of their wealth outside China, according to Oliver Williams of WealthInsight, while the global average is 20% to 30%. In a developing society like China, it’s normal for the wealthy to geographically diversify their investment portfolios and transfer more of their wealth abroad.

Whatever the reason, in 2014 wealthy Chinese investors will be on the hunt, and weakened advanced economies like in the U.S. and Europe are prime targets.