How to Understand the China-U.S. Intellectual Property Conundrum 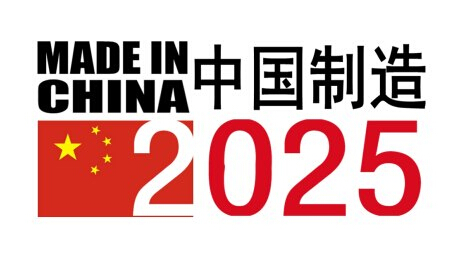 In August 2017, the White House Office of the United States Trade Representative (USTR) launched an investigation into China’s alleged violations of IPRs, under Section 301 of the Trade Act of 1974. The inquiry seeks “to determine whether acts, policies, and practices of the Government of China related to technology transfer, intellectual property, and innovation are unreasonable or discriminatory and burden or restrict U.S. commerce.” While the investigation awaits President Trump’s decision, he did intimate through a tweet that “the U.S. is acting swiftly on Intellectual Property theft. We cannot allow this to happen as it has for many years!”

There are several major factors driving the current intellectual property infringement debate in Sino-American trade relations that must be better understood: the cultural factors highlighted by the Chinese epigram that “to steal a book is an elegant offense” and the Made in China 2025 Initiative.

In America, the idea of intellectual property lies in Article 1, Section 8 of the U.S. Constitution where Congress has the power “to promote the Progress of Science and useful Arts, by securing for limited Times to Authors and Inventors the exclusive Right to their respective Writings and Discoveries.” Unlike the United States, China has had neither the tradition nor the theoretical legal foundation for intellectual property protection for much of its history.

Trademarks first appeared nearly 3,000 years ago during China’s longest-lasting reign of the Zhou Dynasty (1046-256 BC). However, both protections and compliance against reproduction were limited. Geoffrey Willard has argued that “this failure might be attributed to Chinese tradition and the widespread notion that “detailed replication of art and written texts is considered the highest form of honor to the master.”

In the twentieth century, between invasions from Japan, World War II, and internecine warfare, patents in China had virtually no real protections. In the post-World War II milieu, when the Communists assumed power in 1949, they rejected the entire corpus of Kuomintang (i.e., Nationalists) law and began to develop a new legal system. Under this system, writes Wei Shi, rights are bestowed by the state, and are not inalienable rights enjoyed by individuals. Therefore, the intellectual property regime that emerged in the early years of the People’s Republic of China (PRC) “rested heavily on the notion that individual accomplishments belonged to all of society.”

It was not until the 1980s that China began to strengthen its intellectual property framework and enact comprehensive laws that governed the protection of these rights. Becoming a member of the World Intellectual Property Organization (WIPO) in 1980, China then adopted the Trademark Law of the PRC in August 1982, “significantly marking the beginning of the systematic establishment of China’s modern legal system for the protection of intellectual property rights.”

In principle, the world should welcome China’s increased innovation and increase in manufacturing capacity. However, “Made in China 2025” presents several issues that will prove to be extremely consequential for the rest of the world’s economies.

The first thing to remember is that the sources of China’s development have not exactly been indigenous. Karel de Gucht, the then-European trade commissioner, remarked in 2011 that the Chinese economy’s “spectacular rise would not have been possible without the open global trading system that China was able to benefit from during the past 10 years.” Intellectual Property Watch has reported that once Chinese manufacturers figure out how to “reverse engineer” foreign products, there are very few legal obstructions to manufacturing them under a different name. This has resulted in China being “one of the top global producers of cheap, IP infringing knock-offs.”

Intellectual Property Watch reports that the cost to the U.S. economy is somewhere between $225 billion to $600 billion as a result of pirated software, counterfeit goods, and theft of trade secrets. Of these amounts, somewhere between $180 billion to $540 billion is related to forced technology transfer as a condition of market access (think, for example, electric cars, high-speed rail, wind technologies, deep sea drilling, or fracking in folded shale.)

The intellectual property issue will be further exacerbated by the 2017 Cybersecurity Law. According to Zhiyao Lu and Gary Clyde Hufbauer of the Peterson Institute for International Economics (PIIE), the law requires “businesses identified as ‘critical information infrastructure operators’ to store data domestically. And any transfer of this data overseas is subject to security assessments.” The world’s largest professional membership organization of scientist and engineers, IEEE, has reported that under this law, tech companies will be required “to hand over source code and build back doors in hardware and software for government regulators.” To be fair, some of these requirements were put in place after the disclosures by former U.S. National Security Agency (NSA) contractor Edward Snowden that the NSA had been attempting to infiltrate Huawei, a Chinese tech giant.

Made in China 2025 will increase market distortions by providing state-owned enterprises with massive state funding and communicating local content requirements, both official and unofficial. In the process, it seeks to gradually decrease the role of foreign technology by exploiting and “digesting” it. USTR Ambassador Robert Lighthizer has called Made in China 2025 a “very, very, serious challenge, not just to us, but to Europe, Japan and the global trading system.” Contrary to the notion that China would slowly adjust to the rules and principles of open markets and fair competition, it appears to be moving in the opposite direction.

It has been just over 15 years since China’s accession to the World Trade Organization (WTO). Under the state’s command economy, China kept its currency low for years to promote exports and state-owned enterprises received cheap credit. Ambassador Lighthizer testified in 2010 that “derogation [from WTO commitments] may be the only way to force change in the system, to prompt China to live up to the letter and spirit of its WTO obligations.”

In his Harvard International Law Journal article, Mark Wu wrote that of the WTO disputes among major trading powers (the U.S., EU, Japan, and China) between 2009 and 2015, China-related cases “accounted for 90 percent of the cases brought by the four largest economies against each other.” Wu added that, “even when a status quo power’s legal interest aligns with China’s, it has not joined forces with China to challenge its ally.”

In the face of these violations, there is no question that the U.S. should challenge China because IPRs also develop an equitable global trading system. However, in going through the WTO, the Trump White House will likely face an uphill battle. The case would take years to adjudicate and the WTO law lacks clear rules concerning data flows or other cyber-related actions, and therefore lacks a clear jurisdictional mandate to adjudicate such disputes.

Finally, when China joined the WTO, it negotiated to maintain restrictions within its market. As a developing nation, American trade negotiators gave China some room, such as the rule that “companies in critical industries work with Chinese partners” and limiting market access to foreign companies unless they engage in joint ventures. China promised to slowly remove these restrictions as its economy matured, but Beijing has not honored it. Negotiating with China from such a paternalistic view has cost the U.S. dearly. Referring to the rules on services that were negotiated at China’s entry into the WTO, Nicholas Lardy of PIIE opines that “U.S. negotiators, I think, basically dropped the ball…They didn’t think China was very important.”

The assertion that China has taken every advantage to violate the spirit, if not the letter, of the rules governing world trade is certainly not without merit. But, to be fair, what nation wouldn’t, and why not? Every state acts in their own national interest.

For nearly a century, China has fought for recognition on the world stage. Having finally stepped up to the dais with the major powers, it is not turning back. As the CPC looks to its 2049 centennial, the world can bet the party will seek to cement its legitimacy at that time as a sovereign first world power.

China-US TradeIntellectual Property
printTweet
You might also like
Back to Top
CHINA US Focus 2018 China-United States Exchange Foundation. All rights reserved. Disclaimer