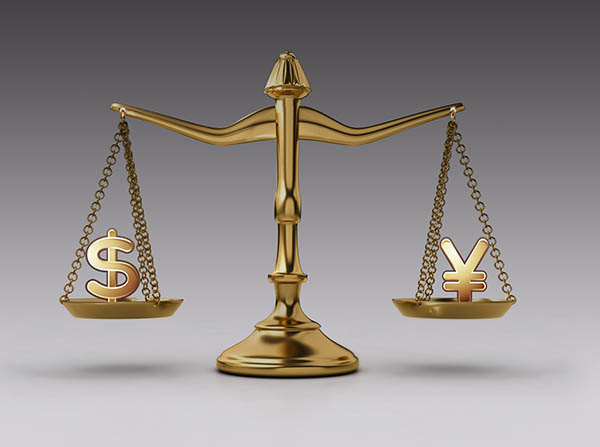 The International Monetary Fund (IMF) announced on May 26 that the Chinese currency, known as the renminbi (RMB) or the yuan, is “fairly valued.” This is the first time, in more than a decade, that the IMF changed its “undervalued” assessment about the RMB. This proves the substantive progress made in the exchange-rate formation mechanism and bodes well for the inclusion of the RMB into the Special Drawing Rights currency basket of the IMF before the end of 2015.

In the past few years, the Chinese monetary authority never ceased its efforts in reforming the RMB exchange-rate formation mechanism. The fluctuation band for the RMB exchange rate has gradually been widened， from 0.3%, 0.5% and 1.0% to the current 2%. On the policy front, China does not intend to pursue a surplus. Since the global financial crisis in 2008, China has been implementing a policy of “stimulating domestic demand, adjusting the structure, reducing the surplus and working to strike a balance”, has gradually achieved a balance of international payments under current account, and has maintained an annual growth rate of more than 17% in imports. This was the longest streak in history in which imports maintained a stable and fast growth. In recent years, China’s surplus under the current account has contracted remarkably, from about 10% of the GDP in 2007 to a level within the internationally-recognized reasonable standard in 2010, and down further to about 2% in 2014. Furthermore, it has been controlled below the level of 5% for five consecutive years.

The long-hyped fallacy about RMB “undervaluation” and “currency manipulation” do not hold water. In terms of the imbalance in China-US trade, it was not the outcome of the so-called undervalued RMB exchange rate, nor was China’s massive foreign exchange reserves the result of the undervalued exchange rate. Martin Feldstein, professor of economics at Harvard University, recently pointed out in his article in the Financial Times that the United States should bring an end to publishing the semiannual report on international exchange-rate policies. As every student of economics knows, he said, the current account balance of a country is actually determined by its domestic structures, and is not decided by its trading partners.

The RMB, however, has always been considered to be “undervalued” and has been blamed as the culprit for global imbalance, particularly the imbalance between China and the United States. It is therefore urgent to put an end to the unilateral, passive appreciation, improve the exchange-rate formation mechanism and increase the flexibility of the RMB exchange rate. China launched market-oriented reforms on the RMB exchange-rate mechanism in 1994 and adopted the managed floating exchange-rate system based on market supply. In July 2005, China further reformed the exchange-rate system, and began to adopt the managed floating exchange-rate system based on market supply and adjusted with reference to the rates of a basket of currencies, and set the daily fluctuation band of the RMB against the US dollar on the interbank spot foreign exchange market at 0.3%. And in 2007, 2012 and 2014, the fluctuation band was further widened and eventually to the current 2%. In 2014, the central bank (the People’s Bank of China) clearly indicated that it would exit from regular foreign exchange intervention in the future, gradually abandon the model of supplying base currency according to funds outstanding for foreign exchange, and increase the autonomy in currency pricing.

Facts speak louder. With a “global currency war” sweeping across the world since 2014, excluding Brazil which hiked interest rates to fight inflation, the central banks of Turkey, Denmark, Switzerland, India, Egypt and Canada have all joined the wave of cutting benchmark interest rates or adopting a loose monetary policy, and the central banks of 24 countries chose to cut interest rates. With more and more central banks resorting to the expansionary monetary policies again and a new wave of competitive currency depreciation, China did not choose to join the “global currency war.” A flood of significant currency depreciation also hit other emerging economies. The real effective exchange rate of Brazil’s real dropped 16%, the rouble of Russia declined 32% and the Indian rupee dropped 12%. Judging from the effect of exchange rates, if all countries compete to depreciate their currencies, the effect from currency depreciation would be offset and the effect in stimulating exports would be very limited.

In terms of the currency stance, the main goals are to give consideration to market supply and the exchange rates of basket currencies, to guide market expectations and to maintain a stable RMB exchange rate. China will not jump on the bandwagon of the “global currency war”, nor will it allow the RMB to depreciate massively. To maintain the RMB exchange rate stable or even fluctuate downward by a small margin, it will be constructive in keeping the financial assets stable, preventing the risk of massive capital outflows, controlling the risk of overseas debts, lowering the debt burden and stabilizing expectations for economic growth. This is in the best interest of the Chinese economy and conforms with the long-term goal of the RMB internationalization.

The rise in RMB value in international payments and the recognition of reasonable level of the RMB value by the international community, no doubt, are important in the process of the RMB internationalization, and represent a milestone. According to data from the Society for Worldwide Interbank Financial Telecommunication, the RMB is now the second most-used currency for trade and financing, and is the fifth most-used payment currency in the world. It could be predicted that with the maturity of the RMB exchange-rate formation mechanism and the opening of the capital account, it would be natural for the RMB to be included in the SDR basket of currencies.