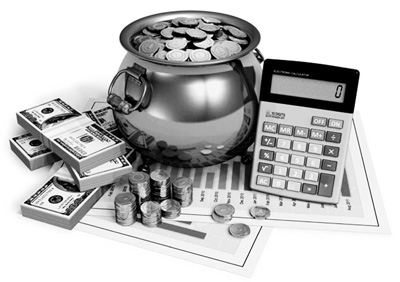 The sudden closure of a Citizen watch factory in Guangdong Province on Feb. 5, 2015, along with a number of Japanese factories’ moving back home – including Matsushita, Sharp, Daikin and Uniqlo, has created uncertainty in China’s foreign direct investment scenario. This followed earlier announcements by Nike, Foxxcom, and Samsung to move part of their China manufacturing operations to India and Southeast Asia.

Those developments coincided with a February 15th report from the China State Administration of Foreign Exchanges (SAFE) on 2014 China cross-border capital flows, which says that China witnessed a net capital outflows of $91.2 billion USD during Q4, reversing the net inflows trend during the Q1-3 period.

Negative comments came afloat on China’s foreign investment communities. Some even asserted a “massive foreign capital flight” out of the country, due to the rising labor cost.

China’s FDI is still on the Rise

These worries are neither supported by the overall foreign direct investment inflows facts and figures, nor by the SAFE report.

According to MOFCOM data, 23,778 new foreign investment enterprises were set up in China in 2014. The overall actual investment imbursement reached $119.56 billion USD, 1.7% up over 2013. The latest UNCTAD report found that China had overtaken the U.S. as the world largest recipient of cross-border direct investment in 2014, the first time in history.

The main driving force for the slight increase in China’s FDI is the service sector, which had a total FDI of $66.3 billion USD, 7.8% over 2013, and accounted for 56% of total FDI. The manufacturing sector had an actual FDI of $40.0 billion USD, 12.3% off. This data, considering the above-mentioned cases of moving factories and closures, clearly showed that foreign investment is only shifting from manufacturing to service sectors – not leaving China as a whole.

In January 2015, another 2,266 new foreign investment enterprises were set up, with a contract investment volume of $33.21 billion USD, 126.2% up y-o-y, and actual imbursement of $13.92 billion USD, 29.4% up. Japan had 3.5% more new investment enterprises than a year ago, with contract investment volume 46.9% up and actual imbursement 3.2% up. Interestingly, there was even an increase of 13.9% in manufacturing sector FDI. However, within manufacturing sector, the driving force for growth is the higher-end industries, including transport equipment (actual FDI shot up by 103.3%), telecom/computers and other electronics (48.8% up).

Hence, we could come to a clear finding that foreign direct investment in China is shifting from manufacturing to service sectors, and within the manufacturing sector, from lower to higher end segments. On the whole, China is still, and will continue to be one of the top three destinations of cross-border direct investment in the world. There is no massive foreign capital flight out of China, including that from Japan.

Capital inflows and outflows in a country’s international balance of payment is a different issue. According to the SAFE report, the capital flown out of China during 2014 could be specified as the following: change of holdings from RMB to USD or other hard currencies for short covering or debt payment; change from RMB to the U.S. dollar by enterprises or individuals for out bound investment, overseas travels or education. There are four major reasons behind these phenomena.

The first reason is reforms to the RMB exchange rate formation. During the whole year of 2013 and early 2014, the RMB was on a path of appreciation, attracting hot money flowing into the country, on the expectation that the RMB would break the 6 yuan barrier to the dollar. Since mid-2014, China’s Central Bank announced a more market-oriented approach of RMB exchange rate formation by expanding the daily limits to 2% either way, thus leaving it more to the market forces. The appreciation pathway was then replaced by a two-way move with a general trend of depreciation. This in turn, led to increased holdings of the U.S. dollar.

The second main reason is due to appreciation of the U.S. dollar. The U.S. dollar index rose by 13% during the second half of 2014, while the leading commodities prices weakened continuously. This situation has led enterprises to deleverage their dollar liabilities which resulted in capital outflows. In the light of the strong dollar and flat RMB, enterprises tend to hold dollars instead of RMB, resulting in net selling of dollars by banks, which had a net foreign exchanges sales of RMB 118.4 billion in December 2014 and another RMB 108.3 billion in January, 2015.

The third indicator is due to the downward trend of China’s economy. China’s GDP growth slowed to 7.3% during the second half, and the property market seems no longer worthy of speculation, thus caused to some hot money leaving.

The fourth reason is due to an increasing need for the dollar and other hard currencies. China had its non-financial out-bound direct investment hitting $106.2 billion USD in 2014, the third largest in the world. In terms of international balance of payment, this is a huge capital outflow.

There are therefore two different types of cross-border capital flows. One is for regular payment needs, or stable flows; the other is hot money for quick speculation, or volatile flows. In 2014, China saw a net inflow of $412.3 USD billion of stable flows and a net outflow of $294.5 billion USD volatile flows. In balance, China had net increases of $118.8 billion USD in its foreign exchange reserves. The overall international balance of payment situation is sound.

A similar situation also happened in 2012 when it saw net $391.6 billion USD of stable inflows, and net $299.4 billion USD of volatile outflows, with the foreign exchanges reserve increased by $98.7 billion USD.

Our focus of concern about China’s FDI situation should not be on any sensational but untrue discussion of “massive foreign capital flight,” but on the solid efforts to improve China’s investment environment. 2015 will be an important year in China’s long march towards a high standard open economy. China will definitely make good progress in further market access, especially in the service sectors. Progress will also be made in revamping the existing laws on foreign investment, towards national treatment, open and fair competition, IPR, and all by rule of law. The “negative list” in the Shanghai Free Trade Zone will be shortened considerably and the other new FTZs (Guangdong, Tianjin and Fujian) will take significant steps forward. Many of Shanghai FTZ’s experiences will be reproduced and popularized to other parts of the country.

China has just finished its FTA with South Korea and is pushing energetically with its FTA strategy. The China-U.S. BIT, among others, will soon start its talks on the negative list. There is a general optimistic mood among both the Chinese and American business community on the BIT prospects. Although there will be difficulties regarding specific issues negotiations, the BIT talk itself will serve as a strong engine not only for supporting China-U.S. investment over the long term, but for building a high standard open economy in China as well.