Standing Up to Trump Bullying 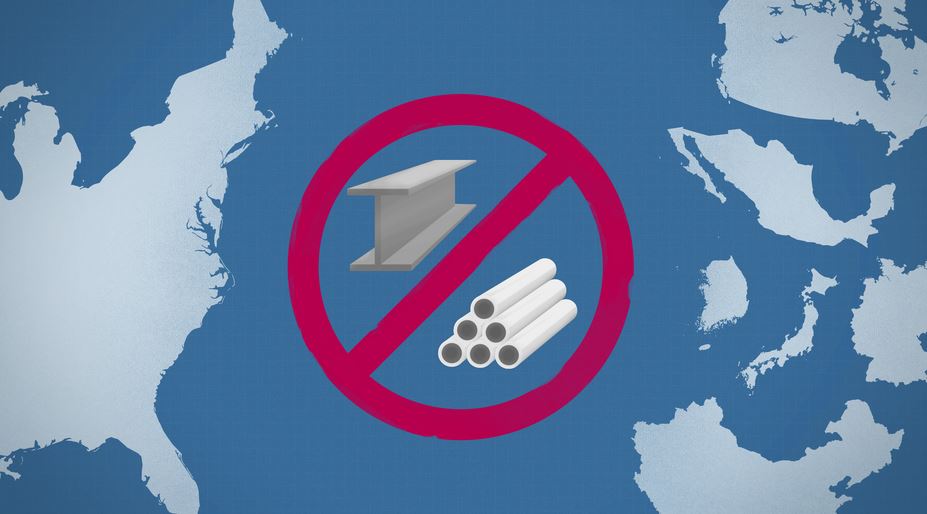 Recently, the Trump administration continuously sends out signals that it is considering to make a final decision on the Section 232 investigations into steel, claiming some steel imports are threatening the US national security and hinting to impose barriers to limit steel import, and that the final and exact tariffs or quotas will depend on negotiation results with related countries.

The Section 232 of the Trade Expansion Act of 1962 grants the US government to conduct comprehensive investigations to determine the effects of imports of any articles on U.S. national security.

At Trump’s order, Wilbur Ross, the Secretary of Commerce, initiated the Section 232 investigation on steel imports on April 19, 2017. Ross initially planned to complete the investigation by the end of June. But because the domestic politics chaos erupts and the negotiations with related import countries are still in process, the final decision is delayed. Then the Trump administration makes use of this delay as a bargaining strategy to push negotiating countries to make concessions.

China and related countries should stand up to Trump’s trade bullying and demonstrate that laying down the “Section 232 investigations” stick is the only rational and correct option.

But the Section 232 investigations are a double-edged sword. When it hurts the opponents, it will also hurt the US itself.

Trump’s decision to reduce the import of steel will benefit US steelmakers, but more upstream companies will be impacted. The high cost will have chain impact on the whole upstream industries’ ecology. Currently, 97% of U.S. steel production is consumed by non-defense sectors. One benefit for one industry or specific steelmakers will mean a disaster for other industries on the value chain. The auto industry, a major user of steel, has voiced strong concerns.

What’s more, the trade barriers on some specific countries could not solve the overcapacity in the global market, they simply redistribute the sale of steel worldwide. The disadvantage the US steel producers wouldn’t be fundamentally changed. Applying high tariffs to protect domestic market is hard to realize Trump’s goal of reviving the Rust Belt.

Considering the US steel industry has closely integrated with some import countries such as Canada and Mexico, imposing high tariffs against imports will actually threaten the US national security. According to the MSCI data, the US inventories of all steel products held at steel distribution totaled 7.26 million tons at the end of June, which is too low. High tariffs or quotas might drive shortage.

Besides the damage to the US domestic steel consumers, new trade barriers under the Section 232 investigations will incur strong reactions from the US trading partners, do harm to the credibility of WTO. WTO is not only a platform for facilitating trade and economic cooperation but a mechanism for handling disputes. When a country faces unfair trade treatments from the other country, its fair claims  could be declared at WTO. But if an obvious protectionist action is taken under the excuse of national security, the WTO couldn’t disapprove such an action. Then the victim countries would likely take paralleled actions to fight back. Now numerous other countries have voiced their opposition to the potential Trump move for months. The EU trade commissioner Cecilia Malmström has warned, "If the EU were unjustifiably hit by this tariff on steel, we would have to see if that measure is in compliance with the WTO, and if it hits us like it could, we will of course retaliate." A huge collection of US agricultural producers has expressed concern over other countries’ retaliation putting up trade barriers on flimsy national security grounds. If so, the WTO would dysfunction, and the WTO framework would be at stake.

China is the world’s largest steel-producing country, but considering China has devoted to curbing the steel production and 20 US trade remedies in effect against Chinese steel mill imports have been in effect,China only exports less than 1 percent of its steel to the US in 2016. Chinese steel exports to the US decreased from 2.29 million tons in 2005 to 0.95 million in 2016, while US imported 30.1 million tons’ steel worldwide in 2016. The steel imported from China only takes 3.2% of the whole US steel import. China is only the sixth largest country to export steel to US, after Canada, Mexico, Germany, South Korea, and Japan. In the near future, China’s steel export to the US will continue to stay relatively low.

Even so, China shouldn’t keep quiet on Trump’s obsession with reducing steel imbalance through bullying. As a stakeholder globally, China should reiterate its stance on adhering tothe WTO rules and the norms of international trade and economy. China should also workwith related countries, such as EU, Korea, to stand up to fight  Trump’s protectionist actions and how strong political will to enforce open, rules-based global trade and economy practices.

Bilaterally, China should send out a very clear signal that trade war is not a solution to the imbalances between the US and other countries. There would be no winners in a trade war. China will work hard with the US to avoid a trade war, but China is not afraid of it and keeps options open to retaliate. The appropriate response is not to adopt trade protection measures but rather to implement a package of improved adjustment measures and longer-term policies to enhance competitiveness.

Technically, in order to help to alleviate US steel imbalance, China will continue to cut steel production capacity and try to consume most of the steel products domestically and on the Belt and Road initiative infrastructure projects. China would increase goods imports from the US and open up certain service sectors to the US, while the US should reciprocally ease restrictions on exports of technological products to China.

China-US TradeTrump and China PolicyChina-US Economic Relations
printTweet
You might also like
Back to Top
CHINA US Focus 2018 China-United States Exchange Foundation. All rights reserved. Disclaimer