The EU Between the U.S. and China 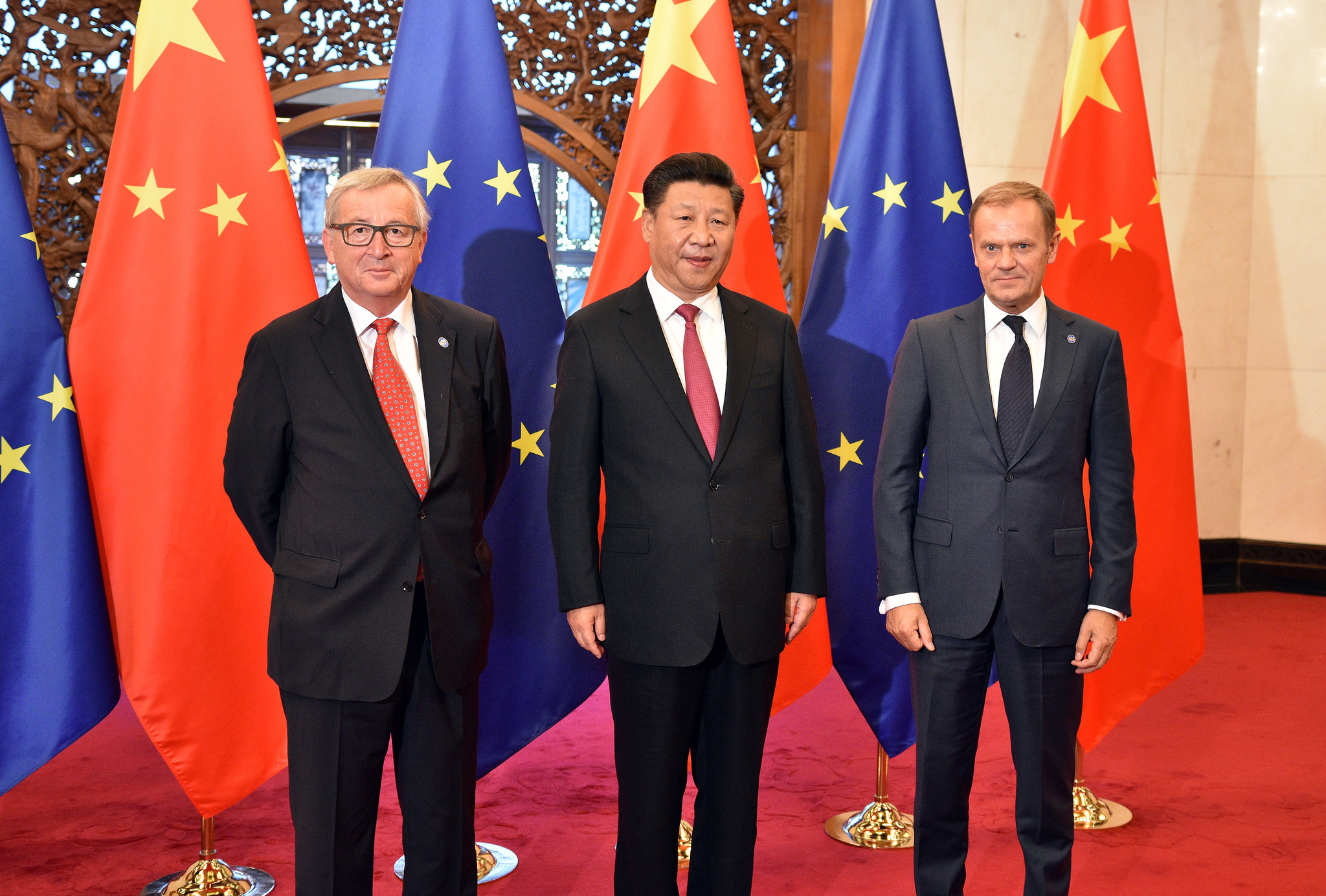 Since Donald Trump was elected U.S. president, pundits have been speculating whether this would lead to a closer relationship between China and the EU. Many signs have recently pointed in that direction, despite the fact that in the past, the EU and China have also had their share of differences. The EU thus finds itself in a middle position between the U.S. and China, which could allow it to strengthen its role in the international order.

Overall, EU-China relations have long been strong on a pragmatic and working level. Politics have highlighted specific differences, particularly in trade relations, that may prove difficult to resolve. One recent example is the debate over China’s Market Economy Status (MES), which has had spill over effects into other areas.

In 2016, a provision in China's WTO Accession protocol expired, which identified China as a non-market economy. Beijing argued that this meant China would automatically be granted MES, which would change the abilities of trading partners such as the EU to launch anti-dumping measures against Chinese products. Neither the U.S. nor the EU have explicitly granted China MES, arguing China does not fulfil the criteria. Yet, attaining this status has been one of China’s key diplomatic goals and it has not shied away from putting pressure on its partners to get it. For instance, in 2017, a joint statement on climate change and clean energy was withheld after the EU-China Summit in Brussels due to the EU's position on MES.

Signs of improved relations do, however, exist.

Trade and investment remain the backbone of EU-China relations, and cooperation is strong on issues where there seems to be more of a common understanding, such as on climate change, the preservation of the Iran nuclear deal, and initiating WTO reform. China is increasingly investing in the EU, with investment volumes now nine-times higher in Europe than in North America due to fewer regulatory hurdles, a predictable policy environment, and high-tech assets. Negotiations over a Bilateral Investment Agreement between the two are moving along, which can itself be seen as a positive sign when taking into account all the stumbling blocks currently facing international trade and investment relations.

July’s EU-China Summit was applauded for producing the first joint statement in two years, which illustrates that both sides aim to project a positive picture of their relations. But on taking a closer look at the statement, consensus between both parties seems to exist on rather vague issues, while more sensitive issues such as human rights, steel overcapacity, and the South China Sea were not included. No mention has been made of several contentious topics that have produced heated debate such as MES, steel tariffs, or trade defence legislation.

Since Trump increased tariffs on Chinese goods, Beijing has upped its charm-offensive towards the EU. While in the past China has preferred to deal with individual member states, it now sees advantages in dealing with the EU as a single actor, in particular when it comes to building alliances against the U.S.

At the same time, Beijing continues to deal with individual EU Member States as well. Over the past decade, the deepening of economic ties seems to have been accompanied by an increasing unwillingness on the part of China to engage substantially on sensitive issues like human rights. Yet, through quiet diplomacy, Germany managed to persuade China to allow Liu Xia, wife of late Nobel Prize winner Liu Xiaobo, to leave China for Germany.

While these are signs of progress in the relationship, scepticism is warranted. China's increasing presence and investments in the EU have sparked debate over national security issues. Countries like Germany have called for a common EU approach towards Chinese investments in sensitive areas. National legislation has been tightened and an EU-wide legislative proposal that includes increased information-sharing among Member States regarding investments with potential national security implications is currently in the making. Such initiatives add contentious elements to the EU-China relationship which could provoke countermeasures, but demonstrate that this is a risk the EU is willing to take to protect its own interests.

The EU has also been sceptical of Chinese initiatives like the flagship Belt and Road Initiative and 16+1, China’s platform to engage Central and Eastern European Countries. The EU also criticises the lack of market access for European businesses in the Chinese market, protectionism, and lack of reciprocity. EU leaders have made it clear that although they do not intend to side with China against the U.S. yet, they also feel they can no longer rely on the current U.S. administration as a stable partner.

EU Commission President Jean-Claude Juncker’s recent visit to the U.S. has been applauded as a success and produced pictures of unity and friendship that stand in contrast to viral images from the G7 Summit earlier this month in Canada. But the only tangible outcome so far is an agreement to future talks.

In the current debate, international relations are often presented in an oversimplified way. While the daily stir of politics tends to highlight the drastic shifts in these relations, the wheels of bureaucracy ensure the continuance of the foundational work - often beyond public sight. Through these processes, EU-U.S. relations will remain close despite Trump’s tariffs, repeated threats and verbal attacks. But these same mechanisms simultaneously drive the progress of EU-China relations on a working level, despite political differences.

The EU is facing the challenge of balancing its relations with China as well as the U.S. while facing internal disputes on foreign policy. If the EU does not project its own interests strongly, Chinese and U.S. decision makers may further doubt the Union's relevance. It is unlikely that the EU would choose one partner over the other as it has critical interests with both, and such exclusion would harm its aim to strengthen its role within a multilateral, rule-based international order. Accelerating trade deals with other large economies, like Japan, demonstrates that the EU is capable of acting when there is enough political will, which can strengthen its position in the international arena and send signals to other partners. If the EU plays its cards right, it could position itself well and maintain its strong credentials in international trade. This could yield investment agreements with China and the U.S., its two largest trading partners. Either way, such positioning would provide the EU with a springboard to pursue its goals in a world full of tension.

Trade WarChina-U.S.-Europe Relations
printTweet
You might also like
Back to Top
CHINA US Focus 2022 China-United States Exchange Foundation. All rights reserved.