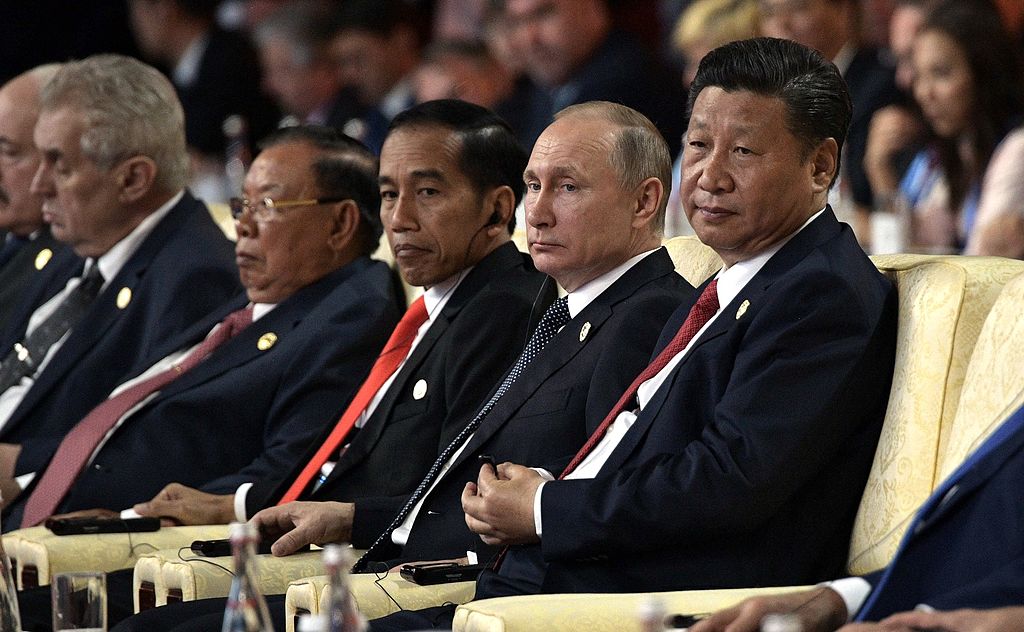 The United States-China trade war is creating a new dimension for power rivalry in Southeast Asia. China’s Belt and Road Initiative and America’s Indo-Pacific strategy may receive fresh impetus as companies in both countries seek out new frontiers. Although an uneasy truce between President Trump and Xi was reached in Buenos Aires, it will soon be tested. As such, U.S. and Chinese firms will continue to relocate to Southeast Asia or expand their existing footprint in the region. The region is well poised to absorb re-directed trade and investment flows from the world’s two largest economies. For Southeast Asia, the trade war can also kick-start much needed reforms or accelerate the pace of present efforts to boost competitiveness. However, due to uneven levels of development and diversity, some countries are better positioned to benefit from the trade war than others.

Southeast Asia is dynamic and robust. It has a youthful population with a large labor-age force, large consumer demand, increasing infrastructure investments, and relative political stability. Based on World Bank 2017 figures, 68% of the region’s population is between 15 and 64. AC Nielsen estimates the region’s middle class will reach 400 million by 2020, doubling 2012 figures. Regional economies are increasingly more competitive. The World Economic Forum 2017-18 Global Competitiveness Index showed modest gains (one-two notches in the rankings) made by Malaysia, Philippines, and Thailand compared to their previous year’s performance, while Brunei, Indonesia and Vietnam made impressive strides (five and above places’ ascent in the rankings). The region is also among the most active in global value chains (GVCs). The United Nations Conference on Trade and Development’s 2017 World Investment Report listed Singapore’s GVC participation rate at 76%, Malaysia’s at 64%, Philippines’ at 58%, Thailand’s at 52%, and Vietnam’s at 51%. Thailand, Malaysia, Vietnam, Indonesia, and the Philippines are also among the top exporting countries from the developing world.

All these contribute in making the region attractive to foreign capital, not least from trade war protagonists, such as the U.S. and China. China and the U.S. are ASEAN’s largest and fourth largest trade partners respectively. However, while China dominates the trade scene, the U.S. remains the region’s top investor. More than 3,000 US companies do business in the region and the 2017 ASEAN Business Outlook Survey showed that 87% of these American firms anticipate greater trade and investment in ASEAN in the next five years. In addition, ASEAN is actually investing more in the U.S. than in China. This said, China has been making tremendous inroads in the investment space as well, becoming the top investor for Cambodia, Myanmar, Laos, and Malaysia, and the second largest investor for Singapore and Vietnam.

Southeast Asia is fast becoming a magnet for China’s overseas direct investment (ODI). In a survey of 59 economies done by The Economist Intelligence Unit in 2017, Singapore had eclipsed the U.S. to become the top destination for Chinese outbound capital. Other regional countries have also climbed up several notches in terms of Chinese investment. This includes fourth ranked Malaysia (up from 20th in 2015), Thailand (ranked 18th in 2017 from 38th in 2015), Indonesia (ranked 26th from 44th in 2015), Philippines (ranked 28th from 39th in 2015) and Vietnam (ranked 30th from 40th in 2015). Breaking down China’s global sectoral investments by country will further reveal the region’s significance for its big northern neighbor. Vietnam was the fifth largest target market for Chinese investments in the automobile sector, while Singapore is the third largest market for financial services. In terms of consumer goods, Malaysia, Vietnam, Singapore, Philippines, and Indonesia were ranked second, fourth, fifth, sixth, and ninth top markets respectively. In the energy field, Vietnam, Indonesia, Philippines, and Thailand were ranked fourth, fifth, sixth, and eighth largest markets respectively. In addition, Philippines and Malaysia accounted for the ninth and tenth largest telecoms markets for Chinese enterprises.

China’s proximity, financial largesse, surplus capacity, formal mechanisms such as the ASEAN-China Free Trade Agreement, and initiatives like the Belt and Road support its economic diplomacy in the region. Choosing Jakarta as the venue to announce the 21st Century Maritime Silk Road and the Asian Infrastructure Investment Bank back in 2013 also demonstrate the importance China attaches to the region. The completion of the Singapore-Kunming railway project, which jives with the ASEAN Master Plan for Connectivity, will further integrate mainland Southeast Asia with China. Likewise, investments into industrial park and port infrastructure (e.g. Kuantan and Melaka in Malaysia, Kyaukpyu in Myanmar, Sihanoukville in Cambodia, interest in Indonesian port projects like New Priok and Kendal and in Thailand’s Kra Canal project) will position China as a facilitator of regional connectivity.

In contrast, less institutional arrangements (e.g. the ASEAN-US Trade and Investment Framework Agreement and Expanded Economic Engagement), perceptions of retrenchment, and the less-pronounced economic dimension of the Indo-Pacific strategy present challenges for continued U.S. engagement with the region. While efforts to leverage private finance and collaboration with partners like Japan and Australia to meet the region’s burgeoning demand for infrastructure funding are welcomed, delays in mobilizing private capital and its higher risk aversion heighten the advantage of state capital. That said, commitment to established standards and greater opportunities for local content apparently constitute the pros of private financing. Although relatively small, the U.S. announcement of a $113 million down payment for infrastructure, technology, and energy investments in the region was welcomed, as it has the potential to catalyze private capital flows.

The structure of its external trade provides some cushion and opportunities for Southeast Asia. Electrical machinery and equipment and parts thereof constitute the top class of goods traded by the region with both the U.S. and China, accounting for close to 30% of its trade with China and a quarter of its trade with the U.S. Deep integration in the value chain and increasingly higher value added ensure greater resilience amidst the raging trade war compared to churning out easily substitutable low-end goods, such as agricultural exports. The presence of downstream ecosystem in the region may also entice more manufacturers to head south.

Furthermore, despite America’s increasing preference for bilateralism under the Trump administration, Southeast Asia’s active interest in multilateral free trade agreements will still offer benefits for the region. Malaysia, Singapore, and Vietnam are signatories (March 2018) to the rebranded Comprehensive and Progressive Trans-Pacific Partnership (CPTPP), with Singapore ratifying last July. Indonesia, Philippines, and Thailand also expressed their interest to join the trade pact. The ten-country bloc are also actively taking part in negotiations for the Regional Comprehensive Economic Partnership (RCEP). The first summit was held in Manila last year and the agreement is expected to be signed this November in Singapore. The U.S. is curiously absent in both the CPTPP and RCEP, although President Trump did raise the possibility of the U.S. rejoining the CPTPP if terms can be renegotiated to benefit American interests.

As the trade war intensifies, Southeast Asia is finding ways to adjust and adapt accordingly. Countries which already have a higher trade and investment portfolio with both the U.S. and China are expected to get even more investment. Vietnam, Malaysia, and Thailand are China’s top trading partners in the region and not surprisingly, these countries are also among America’s biggest trade partners in the region. While these countries have their own unique developmental milieus, they share several elements in development strategies, such as continued institutional capacity building and infrastructure investments. As such, countries that were early to address basic developmental requirements now enjoy some competitive headway compared to their peers. This said, other regional countries are not sitting idly by and are instead taking their own measures to ensure that they can turn the US-China trade war into an opportunity.

Belt and RoadTrade WarASEANSoutheast Asia
printTweet
You might also like
Back to Top
CHINA US Focus 2022 China-United States Exchange Foundation. All rights reserved.