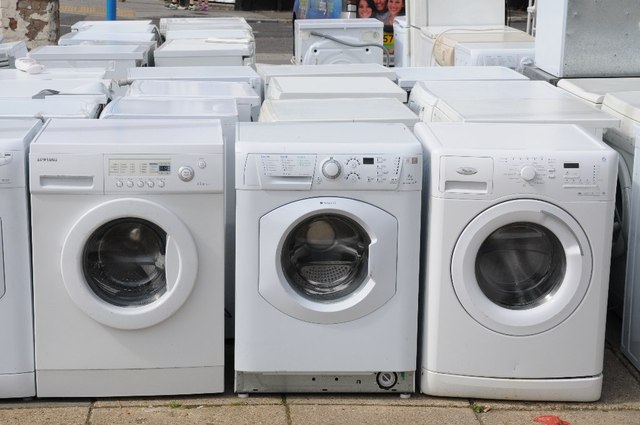 The Trump Administration’s tariff measures have gained momentum since the start of the year. Following hefty tariffs on washing machines, solar cells and modules, President Donald Trump has announced a plan to impose a 25% tariff on steel imports and a 10% tariff on aluminum imports, invoking strong opposition from the EU, Canada, China, Brazil, and South Korea. Jean-Claude Junker, President of the EU Commission, said the EU was preparing to impose tariffs on Harley-Davison motorbikes, bourbon whisky, and Levi’s jeans in retaliation. Chrystia Freeland, Canada’s Foreign Minister, called any tariff “absolutely unacceptable”. Wang Hejun of MOFCOM, China, also vowed retaliation. Earlier, both South Korea and China appealed to the WTO on the washing machine and solar cell tariffs, respectively. A tit-for-tat trade fight is quickly looming.

Trade War will hurt the World

The volume of US steel and aluminum imports in 2017 was $50.78 billion, or 2.2% of its total imports. Import data for washing machines and solar cells and modules are not available, but we can estimate it to be at $50 billion. In other words, roughly $100 billion, or 4.4% of US imports will be involved. Equal retaliation from exporting countries will be imposed on US exports, involving another $100 billion, or 6% of its exports in 2017. If that happens the US will suffer more. Putting the two together, trade restrictions and retaliation amount to losses of $200 billion, and could be regarded as a limited trade war, with the danger of further escalation.

$200 billion is only a little over 1% of the almost $20 trillion world trade. However, a trade war would damage the world free trade environment and may derail global economic growth. It will also threaten the effectiveness and immediate prospects of the WTO, the multilateral mechanism governing world trade. In the early 1930’s, when the US imposed high tariffs through the Smoot-Hawley Act, equal retaliation immediately followed from the UK, France, and Canada. By 1933, world trade, including US exports, fell by over 50%, and US GDP fell by 50%.

The steel and aluminum tariffs are highly controversial as they are not based on actual needs, nor on any relevant WTO rules. From 2011-2017, steel capacity in the US remained little changed, varying from 114.4 million tons to 113.3 million tons. There is no threat to national security as the capacity is still there. According to the data released by the Fed, production of primary metals as a whole rose by 3.8% in 2017. There has been no net job loss in steel and aluminum sectors either. The US Department of Labor statistics shows that total employment in the steel sector was 142,200 in 2017, 2,400 more than in 2016. It was 143,000 in January 2018, an increase of 7,700 from over a year ago. The figure in the aluminum sector was 59,500 in January 2018, 2,000 more than a year ago. There is no point taking the year 1998 as the base, as the US Department of Commerce steel report did, because any trade measures must be based on the data of the period under investigation. In fact, the drastic fall in steel sector employment happened before and during the global financial crisis. The US steel sector employment fell to 135,200 in 2009, and has been growing since 2010. Based on this data, the Trump Administration has no right to impose tariffs.

The Trump trade team has enough knowledge of world trade and its rules. In fact, there has been heated debate among the White House trade teams on the issue. Nonetheless, President Trump lost no time in announcing his plan in March 1, far before legal deadline in April. The only reason for this is the looming mid-term election, with the first campaign initiative on March 13. Trump promised to protect the rust-belt steel and aluminum constituents when running for presidency in 2016. He must do something very drastic to keep his base and try to attract the Democrats who oppose globalization. US trade policy follows domestic political needs. Doubtless, with the mid-term election campaign developing, more restrictive unilateral trade measures will follow.

However, these measures will soon trigger tremendous recriminations from both US trading partners abroad and downstream industries at home, causing extensive harm to the US economy totally out of the President’s control. In 2002, President George W Bush imposed 15-30% steel tariffs, which protected 20,000 jobs in the steel sector, but cost 200,000 jobs and $4 billion in income in downstream sectors, including in the automotive, construction, energy, machinery, and port and warehousing industries. When President Trump announced his steel and aluminum tariffs plan on March 1, equities of steel companies rose while most other sectors fell. The Dow Jones Industrial Average fell by over 400 points, harming the US economy. The primary metals sector accounts for only 2.28% of total US industrial production, and the steel and aluminum sectors combined employed only 200,000 people in January 2018, while three affected downstream sectors - construction, machinery, and transportation equipment employed 9.85 million, 49 times as many. So are steel and aluminum tariffs really good for the US economy? Moreover, the resulting retaliation will also hurt US steel and aluminum exports, as well as that of agricultural products and machinery, and in turn, erode the President’s base.

In all the solar cell, steel, and aluminum cases, either the US Trade Representative or the Department of Commerce always picked out China as the main target. In 2017, the US imported 35.93 million tons of steel, with Canada supplying the most (5.80 million tons), followed by Brazil (4.68 million), South Korea (3.65 million), Mexico (3.25 million), Russia (3.12 million), Turkey (2.25 million), Japan (1.78 million) and Germany (1.37 million). China supplied 0.78 million, ranking 11th, or accounting for 2.2% of total US steel imports. Still, China is made the No. 1 target. China is a very small supplier to the US, and the US is an even smaller market for Chinese steel exports, accounting for a mere 1.0%. Few people would believe that the constant attacks on China could pull the US steel industry out of difficulty.

China and the US should come together to discuss the steel production and job situation in the US, and help invest in its restructuring and upgrading. Both governments could also encourage and support Chinese green investments in emerging and new technologies and create new jobs in the US rust belt. In that event, a win-win prospect will prevail over trade war.