A Chinese Pivot to Latin America? 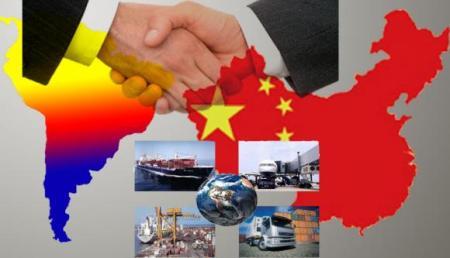 The Obama administration’s “strategic pivot” (or rebalancing of military forces) to East Asia has received considerable attention both in the region and in the United States over the past few years. With good reason, Chinese leaders wonder whether the pivot is the initial stage of a containment policy directed against their country. Other moves by Washington, including reviving the moribund U.S. military presence in the Philippines, strengthening the traditional bilateral alliances with Japan, South Korea, and Australia, and forging unprecedented security ties with Vietnam and other wary neighbors, have reinforced Chinese suspicions.

There are now subtle signs that China may be countering the U.S. strategic pivot by becoming more deeply involved in Washington’s long-standing geopolitical backyard: Latin America. Premier Li Keqiang’s high-profile May trip to four key South American countries (Brazil, Colombia, Peru, and Chile) is the latest manifestation of Beijing’s growing interest in the region. The primary purpose of the trip seemed to be economic, and it was a solid success. Li made a concerted effort to upgrade the economic ties between Latin America (especially the important commodity-producing states of South America) and China.

Given the voracious appetite of China’s economy for key raw materials, that is a natural, mutually beneficial relationship. Indeed, bilateral commercial links are already substantial and growing, with Latin American exports to China now exceeding $112 billion annually. In addition, China is a crucial source of investment capital for major economies in Latin America, especially such countries as Brazil and Chile—two prominent stops on the Premier’s tour.

It’s important to note that there has been other evidence of Beijing’s growing attention to Latin America. A billionaire Chinese businessman with close ties to the government is directing a $50 billion project to build a “grand inter-oceanic canal” across Nicaragua. Despite major environmental concerns, that project has the enthusiastic backing of Nicaragua’s leftist president, Daniel Ortega. If successful, the new canal would be a direct competitor to the Panama Canal, giving Chinese interests an important economic and strategic foothold in Central America. The project is already setting off alarm bells in the U.S. foreign policy community.

China has also provided multi-billion-dollar loans to Venezuela in 2014 and 2015. Given that country’s dire economic condition, it is a stretch to justify that initiative based solely on financial considerations. As in the case of the Nicaragua canal, the loans are being channeled to a government that is on frosty terms with the United States. Indeed, the financial aid package to Caracas undermines Washington’s attempt to isolate the radical leftist government of Nicolas Maduro through ever-tightening economic sanctions.

At this point, it is probably premature to fully equate China’s moves in Latin America with the U.S. strategic pivot to East Asia. For one thing, the mix of motives appears to be different. So far, China’s interest in Latin America remains primarily economic, although it does increasingly have some subtle strategic aspects. In contrast, the U.S. pivot is more military in nature than economic.

Despite the largely economic focus of Beijing’s Latin America policy, U.S. officials are likely to become concerned about China’s attention to the region. Attempting to block Chinese penetration, though, would be a futile exercise. Latin American nations appear to welcome China’s growing interest, especially the enhanced prospects for bilateral trade and badly needed investment capital.

As Beijing’s economic and diplomatic ties with Latin American countries (especially with such significant players as Brazil and Chile) expand, the foundation is being created for new security ties. It remains to be seen whether Chinese leaders intend to build on that foundation. If they do that take step, Washington would confront the first serious geopolitical competition that it has faced in the Western Hemisphere in decades.

Whether China mounts such a challenge does not depend solely on developments in Latin America. The strategic pivot and other manifestations of U.S. crowding of China in East Asia increase the incentive for Beijing to take countermeasures in America’s backyard. U.S. officials need to consider the possible broader ramifications of its increasingly unfriendly policies in China’s neighborhood.