A Cooling Trend in Relations 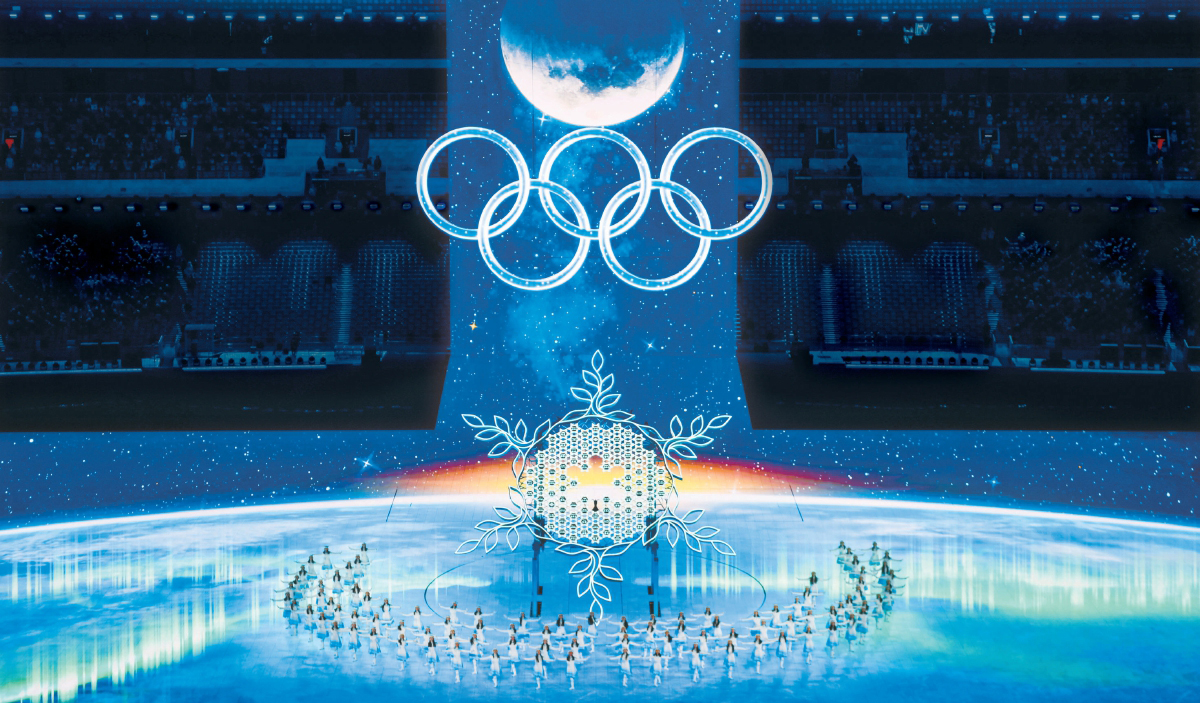 By sending more than 200 athletes but zero high-ranking officials to the Beijing Winter Olympics, the United States tried its best to implement President Joe Biden’s “diplomatic boycott.” China’s Foreign Ministry spokesperson reiterated that firm countermeasures would be taken if the U.S. was bent on having its way and warned that the U.S. would pay a price for attempting to interfere with the Games.

The U.S. promoted the so-called boycott but received few echoes from around the world. It did not undermine Beijing’s success, yet it did leave a new wound on the already scarred China-U.S. relationship. In light of the strategic significance of the successful Olympics to China’s national rejuvenation, this wound might take a long time to heal and have a lasting negative impact on the two countries’ mutual understanding and people-to-people ties.

In striking contrast to the cold current relations over the Winter Games is the past warmth between the two countries with regard to the 2008 Beijing Summer Olympics. Despite difficulties over Tibet, human rights, economics, trade and Taiwan, the China-U.S. relationship climbed to the new heights. They were constructive and cooperative. Together with former president George H.W. Bush, Barbara Bush and Dr. Henry Kissinger, then-U.S. President George Bush and First Lady Laura Bush attended the opening ceremonies of the Olympic Games in Beijing and took in events despite the obstruction of the U.S. Congress. The new U.S. embassy compound in Beijing officially opened on the very morning before the opening ceremony. Two days later, the Chinese president welcomed the Bush family to a dinner at Yingtai, Zhongnanhai.

But honeymoons often turn out to be precursors to disturbance. Not long after George W. Bush left Beijing, the financial turbulence in the U.S. triggered by the failures of Fannie Mae and Freddie Mac and the Bankruptcy of Lehman Brothers soon escalated into a global crisis. China extended a hand to the U.S. and Europe in the international cooperation initiative proposed by the U.S., but the American financial bubble caused structural shifts in bilateral relations. During Barack Obama’s second term in the White House, increasingly intense political and security overtones were laid on top of economic and trade frictions.

In 2009, the South China Sea issue began to heat up. After a long period of close-in reconnaissance, the U.S. decided that China’s island-building, military development and “coercion” of neighboring countries was not only damaging the strategic balance in the Western Pacific but also directly challenging freedom of navigation, thereby threatening the foundation of its hegemony in the region. Accusing China of “militarizing the South China Sea,” the U.S. revised its neutrality policy and dragged bilateral relations into a period of seesaw conflicts over the sea.

After that, the Obama administration launched the China-targeted “rebalance to Asia and the Pacific” strategy, which was later reformed by Trump as the Indo-Pacific strategy and further upgraded by the Biden administration. The overall main line did not change though: America would accelerate its global strategic adjustments and focus on curbing China as the top priority. To a certain degree, the U.S. perception of China’s objectives and means of addressing the Taiwan issue added an overtone of combat readiness to the strategic adjustments.

It has been 14 years since the last time the Olympic Games were held in Beijing. During this time, the U.S. has shifted its China policy from engaging to curbing, and bilateral relations have deteriorated from constructive cooperation to strategic competition.

Although Obama’s second term barely maintained America’s engagement policy, the patience to mitigate contradictions had been gradually exhausted. After Donald Trump took office, the U.S. officially abandoned engagement and clarified its basic position as one of strategic competition. It made every effort to suppress China in every possible aspect, from economy and trade to military, politics, science, technology and all the way to ideology. The Trump administration’s behavior became even crazier in its latter days, with the impact of the COVID-19 pandemic and the pressure of the presidential election, as a result of which the China-U.S. relations fell off a cliff.

The Biden administration inherited its predecessor’s strategic competition framework and upgraded it with precision curbs in science and technology — and by leveraging ideological tools. During this period, the two countries slowed down their exchange of blows, although no fundamental improvement was made.

What caused this drastic shift? Over a 14-year span, the U.S. made a right turn under intensified internal contradictions and social divides, while China entered a new era of state governance. The fact is more than obvious: The main driver of the shifting bilateral relations has been profound adjustments in their respective foreign policies, triggered by domestic changes.

It was also during these 14 years that China made a fundamental transformation in national strength. In 2008, China’s GDP was only one-third that of the U.S. In 2010, China overtook Japan as the world’s second-largest economy. Now, China’s GDP is more than four times that of Japan and about 77 percent that of the U.S. It has replaced the U.S. as the world’s leader in an increasing number of areas, such as driving global economic growth, pioneering in manufacturing, creating trade opportunities, attracting foreign investment and advancing outbound investment. It is also unleashing its potential in aspects such as scientific innovation, military development, serving the international public good and creating a positive narrative. No country has ever come so close to the U.S. with such capabilities since the rise of America.

To respond to China’s rise and changes in its domestic and foreign approaches, U.S. strategy circles and legislators in Congress bring up rounds of ongoing discussions to “re-examine China.” Such discussions have denied the effects of the China policy implemented by all previous U.S. administrations since the end of the Cold War. They are driving adjustments to America’s China policy and changing the background of bilateral relations.

Many have recognized that it is already too late to curb China but are unable to clearly advise their government on how to coordinate U.S. interests with it. Many believe that China is developing in a direction that does not align with U.S. expectations but are confused over how to influence it after their failure to change it.

From a broader perspective, 14 years ago the global economy, which was dominated by the U.S., was in its prime. Now, years later, globalization is experiencing setbacks, the world economy is fragmenting and the U.S. is losing focus. Against the idea of strategic competition, the “whole-industrial-chain” approach to cooperation between the two countries is falling apart, and “decoupling” — a term that never crossed anyone’s mind years ago — has made headlines. It seems that economic globalization is no longer a shared aspiration of the world’s two greatest powers; on the contrary, the U.S. is making every effort to curb China’s advancement in the global supply chain.

If we say America’s strong support for the 2008 Beijing Summer Olympics demonstrated confidence and its insistence on a policy of engagement, like a teacher attending the graduation ceremony of an excellent student, the U.S. boycott against the 2022 Beijing Winter Games after 14 years is evidence of its collapsing confidence and its disapproval of China’s development path. The ultimate reason for the shift is that the U.S. now views China’s rise with a different mindset and has decided to take a different approach to address it.

It took only 14 years for the China-U.S. relationship to shift from hot to cold, mirroring the two Olympics, which were held in summer and winter. Looking ahead, bilateral relations are unlikely to enjoy a “winter thaw” but rather seem to be moving into an extended ice age.

Now that China-U.S. relations are on track to full-spectrum strategic competition — with preliminary signs of scientific competition, limited decoupling, a military standoff, hot spot gambling and a narrative that features battle, nostalgia and laments — relations may fall into a new Cold War abyss. Over the next decade or longer, China and the U.S. will try to find new ways to get along. Light communications, fierce struggles and moderate coordination will cut across the whole process. It will be difficult and painful, and risks will remain high until a new strategic framework is established.

But it would a shame to give up trying. China-U.S. relations are so important that the future of people in both countries, and the whole world, is at stake. The two countries should learn from the astonishing performance of Eileen Gu during the Beijing Winter Olympic Games. She was born, educated and trained in the United States, supported by her Chinese family. She competed for the Chinese team under the principle that harmonious cooperation yields abundant fruit, while cutthroat competition gives birth to evil.

The Olympics provided evidence that when China determines to achieve something great on the world stage, it does not necessarily need America’s support as a precondition. Can we extend this to say the successful rise of China does not necessarily need stable and friendly China-U.S. relations? It might be a bit early to reach that conclusion. Nevertheless, the U.S. should look at the successful Winter Games and realize a simple fact: Its way of thinking is unsuitable in today’s changing world.

The world has indeed changed. America’s likes and dislikes are no longer the sole standards and its strategic vision is losing its impact. If the U.S. can accept China’s rise and embrace the benefits alongside it with a modest mind, there are opportunities for the two countries to find a reasonable way to deal with each other, and the whole world will benefit from their cooperation.