A “Golden Era” for China–UK Relations 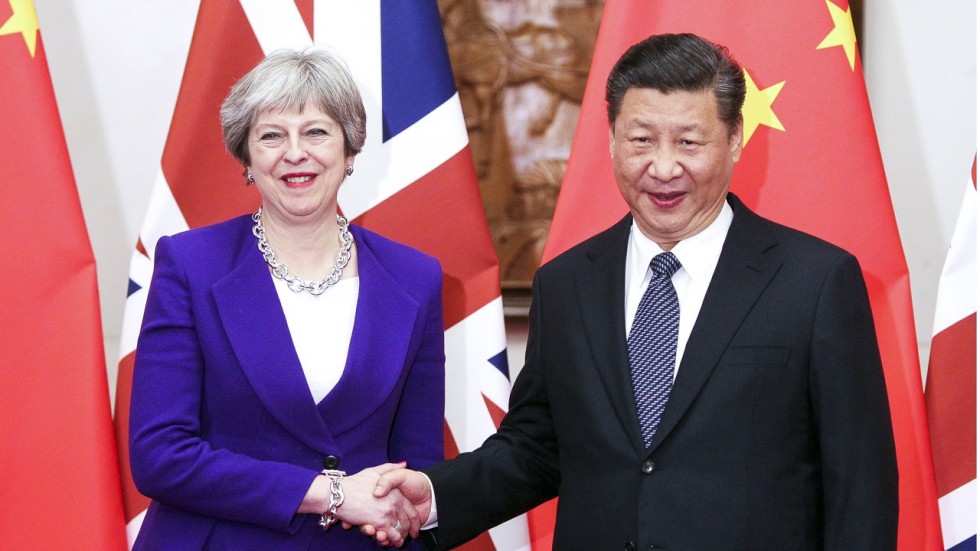 British Prime Minister Theresa May wrapped up her 3-day visit to China with a £9 billion trade deal and a call for building an enhanced “golden era” between China and UK from Chinese President Xi Jinping. The long-delayed visit had been planned with utmost care, and supported by different parts of British and Chinese society. The visit included three cities and meetings with both Premier Li Keqiang and President Xi Jinping.

The visit can undoubtedly be hailed as a success. In terms of trade and investment, the UK has secured great gains.

China has promised to futher open its market to UK businesses, including financial services, lift its import ban on UK beef and widen its imports of UK dairy products. In the post-Brexit trade deal, the two sides agreed to initiate a joint trade and investment review, clearly with a Free Trade Agreement in mind. The two sides agreed to jointly develop a China-UK financial technology city in Xiong’an and a China-UK innovation industrial park in Qingdao. May also promised to welcome opportunies from the Belt and Road initiave and vowed to bring UK expertise into the international project.

In the field of people-to-people exchanges, the visit shows the UK’s intention to build upon its strong education and cultural links with China and explore new opportunities.

More significantly, the visit has secured the “golden era” of China-UK relations. Much has changed since the historical visit of President Xi’s visit to the UK in 2015 when the “golden era” was born along with help from David Cameron and George Osborne.

It is painful for the British to admit that they are in a diffcult period politically. After the change in political leadership in the UK and the difficult process of Brexit, many in both the UK and China doubt the “golden era”. But President Xi not only unequivocally supports futher China-UK cooperation but also put forward four wishes for building an enhanced “golden era”.

The four wishes include firstly the promotion of the strategic element of China-UK relations, that is to perceive and plan the bilateral relations from a long-term and overall perspetive and insist the political mutual trust is the core to China-UK relations; secondly to expand fields of cooperation between China and the UK, including those under the framework of the Belt and Road Initiative; thirdly to bring a global dimension to China-UK cooperation, in particular coordination between the two sides in the UN, G20 and WTO; fourthly, to promote the inclusiveness of China-UK relations, building on the cultural and peple-to-people linkages.

Even though Prime Minister Theresa May’s visit to China has not received as much publicity and attention as President Donald Trump’s visit last year in China, the list of achivements she managed to score is impressive enough.

Chine provides strong support for and confidence in the UK as it navigates its way through the Brexit process and charts its own course outside the European Union. Frankly speaking, China had been bewildered by what is happening in the UK and shares concerns with many other international partners at its gloomy economic prospects and unsound political environment.

However, after taking stock of China-UK cooperation, and reflecting on the UK’s resilience and agility shown time and time again, China has confidence in the UK’s future. In Premier Li’s words, China-UK relations will not change as UK-EU relations change. With this strong commitment from China, the two sides can do more, including trying something bold and ambitious under the BRI initiative.

However, the enhanced “golden era” will not become a reality easily. The main challenge comes from the overall international environment.

In the past one or two years China and the EU have cooperated as usual, but there are signs of political suspicion from the EU side. The proposed investment screening framework inspired by Committee on Foreign Investment in the US and endorsed by Germany, France, and Italy. A recent European Council on Foreign Relations report on China-EU relations has the similar logic with the phenomenal The-Hundred-Year Marathon by Michael Pillsbury, claiming the EU’s engagement with China has failed and implying that the latter is deceitful. In an age when the UK relies on the EU’s indulgence to negotiate a smooth Brexit, this negative influence is toxic to China-UK ties.

Another factor is the US. Before Theresa May’s visit to China, many news outlets speculated that she has refused to endorse the Belt and Road Initiative due to pressure from Washington. It is the AIIB time three years ago all over again, except that the UK has made a different choice, even though for Beijing the choice between US and China never really exisits, as it is seeking a partner, not an ally. Many European partners of the US, including the UK, feel this way and are frightened of the prospect that they might have to choose for real one day. It hinders cooperation between China and other countries and in the long run does the US little good.

China-UK RelationsTheresa MayXi Jinping
printTweet
You might also like
Back to Top
CHINA US Focus 2018 China-United States Exchange Foundation. All rights reserved. Disclaimer