Can the Dragon and Elephant Dance? 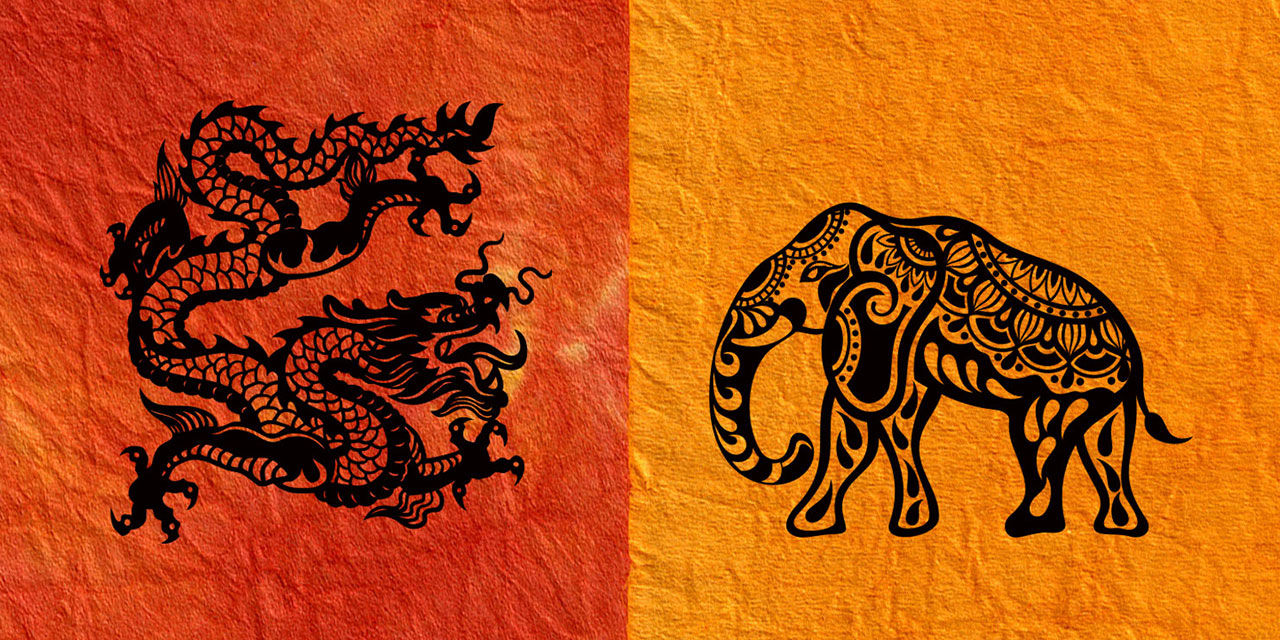 The recent border clash between China and India has drawn intense international scrutiny. Some media have described the incident as the most serious military conflict between the two since 1962 and the starting point of a Dragon-Elephant competition against the backdrop of rising China and India.

Both governments showed restraint and played down the incident. In my view, the two countries need to squarely face the fact that the border issue has brought uncertainty to their relationship and they need to make an effort to find creative solutions. Both need a boost in confidence because the need for a stable strategic relationship has increased rather than decreased since the end of the Cold War.

Minimal low-quality contact between China and India has created misperceptions on both sides for decades. In the 1950s, high-level exchanges were frequent, and the two even jointly proposed the highly regarded Five Principles of Peaceful Coexistence. From the early 1960s to the early 1990s, however, contacts at almost all levels stagnated. During the Cold War, China maintained a certain amount of engagement with the Soviet Union and the United States even though they were its open enemies. By contrast, it is no exaggeration to say that India was the major power with the least interaction with China.

After the Cold War, and especially in the new century, China-India relations warmed up rapidly, but the quality of economic and social exchanges has not been high. For example, there are more than 1,000 direct flights between China and Japan every week. By comparison, direct flights serving China and India only began in 2002, with just a few flights even now. Each side has just three consulates in the other country, while there are six for Japan and five for Australia. More than 150 million Chinese travel overseas each year, but only 300,000 of them go to India.

The renewed warmth since the end of the Cold War reflects a recognition on both sides (India in particular) that adapting to changes in the overall situation at home and abroad is both necessary and urgent. In the late 1970s, China put an end to its closed-door policy and began the reform and opening-up process, which yielded great progress. India, however, followed a non-aligned course during the Cold War, and in practice exercised diplomatic self-isolation and adopted a closed economy model. When the Cold War ended, its non-alignment policy was rendered irrelevant, and the isolation left the national economy in dire straits.

The breakthrough was when India began to recognize the necessity of decoupling its territorial disputes with China from overall relations. It started its own reform and opening-up process, which was a change from its long-standing position that improved relations with China were impossible until the border issue was resolve.

China seized the establishment of diplomatic ties with the U.S. as an opportunity to create external conditions that would shift the theme of domestic and foreign affairs from class struggle and war preparation to peace and development.

India actually used similar logic to restart its relations with China. In 1992 and 1993, the two countries held talks on maintaining stability in the border area. In 1993, Prime Minister P.V. Narasimha Rao visited China, and the two sides signed the Agreement on Maintenance of Peace and Tranquility along the Line of Actual Control (LAC), the first document addressing border issues.

The development of China-India relations since the end of the Cold War has revealed shared basic strategic aspirations for seizing strategic opportunities for development at home and for opening to the world. These have been the ideological basis for the overall stability of the past 30 years. The rapid development of China in the 1990s, especially since its accession to the WTO, has proved that a major developing country must first create a sound external environment, especially in its surrounding areas, for it to rise.

The Chinese experience has been inspiring for India, which also faces development opportunities and challenges. In June 2003, Indian Prime Minister Atal Bihari Vajpayee paid an official visit to China, and the two sides issued the Declaration on Principles for Relations and Comprehensive Cooperation, which contained a vow to explore a framework for resolving the border issues with the overall political big picture in mind.

This represented an elevation from the “manage and control” agreement of a decade ago to a level indicating readiness to address the border issues at the political level. Since 2003, high-level interactions have gone beyond the bilateral dimension into multilateral spheres, such as the BRICS and G20. In particular, the frequent exchanges of visits between President Xi Jinping and Prime Minister Narendra Modi in recent years have showcased similar strategic agreements the two countries’ senior leaders.

During a meeting with his Indian counterpart in October, Xi said that the next few years will be a crucial period for China and India for achieving national rejuvenation and developing relations. We need to hold tight to the direction already identified, inject a strong internal driving force for the development of bilateral relations and work together for the great rejuvenation of both great civilizations.

In today’s world, China and India have grown into major powers. On one hand, the strategic need for further development on both sides gives us confidence in the overall stability of their relationship. On the other, with good development momentum at home, both countries have gained confidence and both peoples have increased their expectation. The rapid spread of information has accelerated the reshaping of perceptions, posing new challenges to the development of China-India relations.

In the new era, the two sides should, first of all have confidence in their relationship and then adopt the creativity and sense of urgency needed to build further. The dragon and the elephant can dance together.

China-India Relations
printTweet
You might also like
Back to Top
CHINA US Focus 2022 China-United States Exchange Foundation. All rights reserved.