China and the US Need to Meet Each Other Halfway 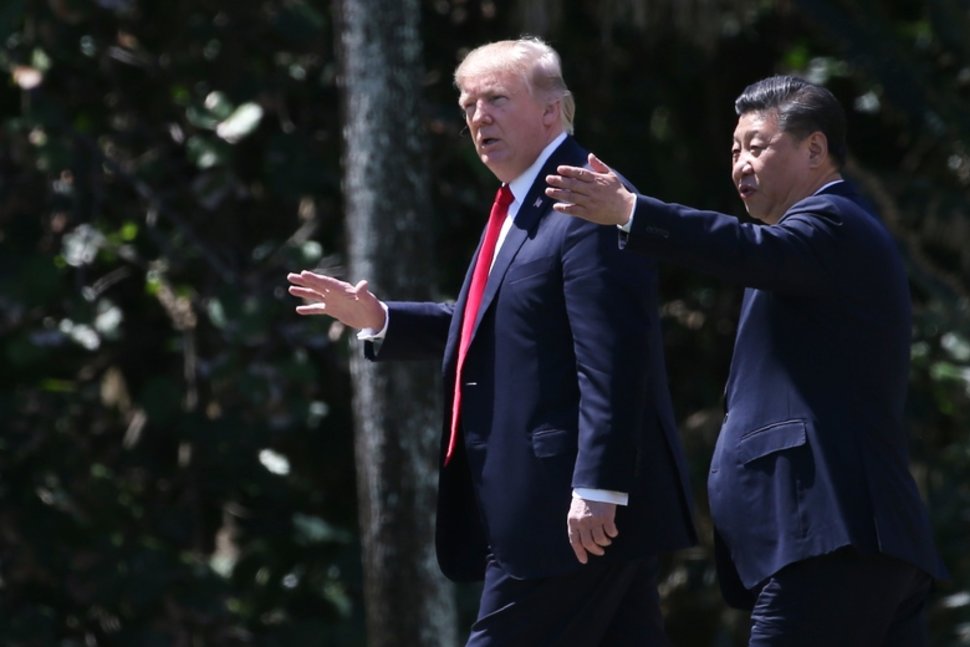 Both US State Secretary Rex Tillerson and Defense Secretary James Mattis openly declared the just concluded first session of China-US Diplomatic and Security Dialogue (D&SD) a success. At their Mar-a-Lago meeting in April, the two countries’ heads of state agreed to set up new policy communication and coordination mechanisms; D&SD is one of them. Next month, the two countries will hold their Comprehensive Economic Dialogue. Presidents Xi and Trump will meet again in Hamburg at the G20 summit. Such interaction is conducive to the international community’s expectations of stable China-US relations.

Since taking office, the Trump administration has been increasingly prudent in handling ties with China, and released some positive signals.  The US side’s proposal of a “constructive, outcome-oriented” China policy has resonated positively with China. The “100-day plan” intended for resolving economic and trade frictions and their close consultations about North Korea’s missile/nuclear programs are indications that both parties hope to constructively manage and control differences and further cultivate “a habit of cooperation”.

During the D&SD session, both parties displayed the strategic intention to promote virtuous development of bilateral ties, agreed to jointly promote peace, stability and prosperity in the Asia-Pacific, and decided to discuss improving basic principles for state-to-state interaction. This was no diplomatic rhetoric, or meant they would try new approaches to the South China Sea issue and maritime security. Besides, both sides reiterated their goal of comprehensive, verifiable, and irreversible denuclearization of the Korean Peninsula.

In military-to-military relations, enhanced communication between Chinese and US Joint Chiefs of Staff will effectively reduce risks of misjudgment and military conflict. The two parties will explore confidence-building measures in such fields of strategic security as outer space and cyberspace. They will also collaborate in such areas as cracking down on cyber terrorism and terrorist fund-raising. Bilateral military ties may see more bright spots in the next few years.

Under the strategic guidance of both heads of state, China-US relations displayed many positive developments in the past few months. Yet undeniably there are some hidden troubles in the relationship. First, US economic and trade policies regarding China may face rocky times. For instance, Republic Senators John Cornin and Robert Pittenger are drafting a bill aimed at enhancing examination of Chinese investments. The Committee on Foreign Investment in the US under the US Treasury may set up a special department charged with handling transaction plans involving Chinese firms. Such a move will send a very bad message to China, and harm investment relations, which should otherwise become a new pillar for China-US relations. Besides, US business circles still have complaints about the “100-day plan”, believing it is far from the goal of “reciprocity”.

Second, US patience with China on the North Korea issue may be slipping. President Trump’s recent tweets hinted at dissatisfaction with China for failing to mount sufficient pressure on Pyongyang. Following the death of Otto Warmbier, the American student just released by North Korea, voices for punishing Pyongyang are on the rise in the US. Trump has stated that if China cooperates on the North Korea issue, he would reduce pressures in economy and trade. The risk of such an issue-linkage strategy deserves full alert. People like Mac Thornberry, chairman of the US House of Representatives Armed Services Committee, are calling on the government to strengthen military relations with Taiwan. It will inevitably sabotage China-US cooperation on North Korea if Washington plays the “Taiwan card”. With the new government of South Korea reviewing its North Korea policy, things could become even more complicated for China-US policy coordination on Pyongyang’s missile/nuclear programs.

Third, despite the relative peace in the South China Sea, the possibility of new crises in the second half of the year cannot be excluded. At the end of May, the US military held its first “freedom of navigation operation” against China since the Trump administration assumed office. Rather than a simple “innocent passage”, it featured a so-called “personnel rescue drill” within 12 nautical miles of China’s Meiji Reef. The South China Sea was the main topic during the recent meeting between Trump and Vietnamese Prime Minister Nguyen Xuan Phuc when the latter visited the US. That Trump has appointed his deputy national security adviser KT McFarland as US ambassador to Singapore has been read as a sign that the US wants to strengthen its Southeast Asia position. Trump is to visit Vietnam and the Philippines in November. If the US wants to prepare public opinion for Trump’s Asia visit by making troubles regarding the South China Sea, this will become a new crisis for China-US relations.

Since there has been more “good news” than “bad news” in China-US relations since the inception of the Trump administration, the international community has given a sigh of relief. The Chinese strategy for coping with the “Trump shock” — establishing effective channels of communication, prudently dealing with “provocations”, actively formulating an “agenda of cooperation” — has been very successful.  The Communist Party of China will hold its 19th National Congress later this year, and Chinese leaders will want to see stable and positive China-US relations. The Trump administration has also realized that “the road to Making America Great Again runs through Beijing”.(Michael Pillsbury, “The Road to Making America Great Again Runs Through Beijing: Emerging Chinese Views of Donald Trump,” Hudson Institute, January 13, 2017). In a world full of turbulence, violence and uncertainty, China and the US need to meet each other halfway, and come up with more “strategic reassurance” for people of both countries as well as the international community.