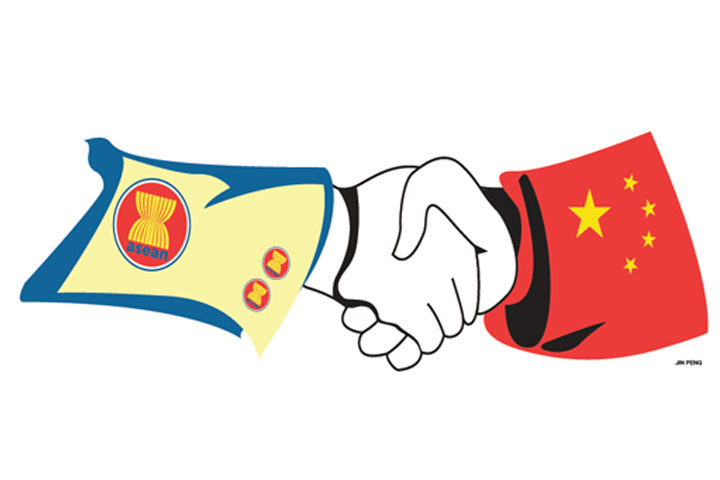 The latest Association of Southeast Asian Nations (ASEAN) ministerial meetings (August 3-10) in Manila, the Philippines, brought together 27 foreign ministers from around the world, including from the United States, China, Japan, Russia, and the European Union. It was among the largest diplomatic events of the year, gathering representatives from the world’s leading powers in the world’s most dynamic region.

The discussions zeroed in on two key regional security conundrums: North Korea and the South China Sea disputes. On both issues, Beijing displayed an uncanny diplomatic dexterity by not only deflecting criticisms over its cozy relationship with Pyongyang and maritime assertiveness in adjacent waters, but also shaping the regional security agenda. In contrast, Washington struggled to assert American primacy in Asia, with a growing number of Southeast Asian countries questioning the superpower’s wherewithal and commitment to the region.

At the forefront of Beijing’s diplomatic offensive was Chinese Foreign Wang Yi, who cut a dashing figure by proactively engaging his key counterparts as well as international media throughout the event.

The Chinese diplomat held his own press conferences, where he extensively answered questions on a range of contentious issues. Mr. Wang consistently portrayed his country as a responsible regional power willing to cooperate with the ASEAN and broader international community.

China, along with Russia, voted in favor of the latest set of sanctions against North Korea in the United Nations Security Council, which coincided with the ASEAN meetings. Thus, Beijing managed to stave off growing international criticism of its extensive trade and strategic relations with Pyongyang. Yet, the Asian powerhouse was even more successful on the South China Sea disputes, where it managed to blunt any criticism over its massive island-building activities.

As this year’s chairman of the ASEAN, Duterte has overseen a dramatic shift in the Philippines’ position on the South China Sea disputes. Back in April, during the ASEAN summit, Duterte blocked proposals by member nations, namely Vietnam and Malaysia, to criticize China’s deployment of military assets to its artificially built islands in the Spratly and Paracel chain of islands.

During the latest ASEAN ministerial meetings, Philippine Foreign Secretary Alan Peter Cayateno (Duterte’s unsuccessful presidential running-mate) adopted a similar position. Together with Cambodia, the Philippines pushed back against efforts led by Vietnam to adopt a tougher language in the ASEAN’s communiqué.

In particular, Vietnam wanted the regional body to advocate for a “legally-binding and substantive” Code of Conduct (COC) as well as highlight the militarization of artificially built islands by China. “I did not want to include it. It was not reflective of the situation. They’re not reclaiming land anymore, there are reclamations in the past and have not started reclaiming again, and there is a general statement [from the Chinese], so I accepted it,” the Filipino diplomat later admitted during a press conference.

Recent reports, however, show that China has been engaged in continued reclamation activities across the disputed waters. In ASEAN’s final communiqué, there was neither any mention of the Philippines’ landmark arbitration award at The Hague against China, nor the word “legally binding” in reference to the COC. The regional body simply “took note of the concerns expressed by some Ministers [Vietnam and Malaysia]” on the reclamation issue, implying that there was no consensus.

Crucially, the ASEAN meeting underscored the “importance of non-militarization and self-restraint” for both claimant states as well as “all other states.” In effect, the communiqué made an implicit criticism of efforts by other regional powers, particularly the United States, to challenge China’s claims through expanded naval footprint and so-called Freedom of Navigation Operations (FONOPs).

Thus, the ASEAN communiqué effectively echoed China’s line, since Beijing has opposed the Philippines’ arbitration award, shunned a “legally binding” COC, underplayed its reclamation activities in disputed waters, and called upon external powers such as the U.S. to stay out of the conflict.

Worried over China’s rising maritime assertiveness, foreign ministers from the United States, Australia and Japan released a joint statement, where they “voiced their strong opposition to coercive unilateral actions that could alter the status quo and increase tensions.” They also called upon “China and The Philippines to abide by the Arbitral Tribunal’s 2016 award in the Philippines-China arbitration, as it is final and legally binding on both parties.”

As years go by, the Association of Southeast Asian Nations (ASEAN) has increasingly tilted into China’s strategic orbit. This trend has accelerated under Duterte’s watch, with the Filipino president focused on attracting Chinese investments in exchange for a modus vivendi in disputed waters.  As a result, instead of acting as an independent agent capable of shaping the broader regional security architecture, the ASEAN has become a credible barometer of Beijing’s influence in the Asia-Pacific theater.

ASEANChina-ASEAN Relations
printTweet
You might also like
Back to Top
CHINA US Focus 2018 China-United States Exchange Foundation. All rights reserved. Disclaimer