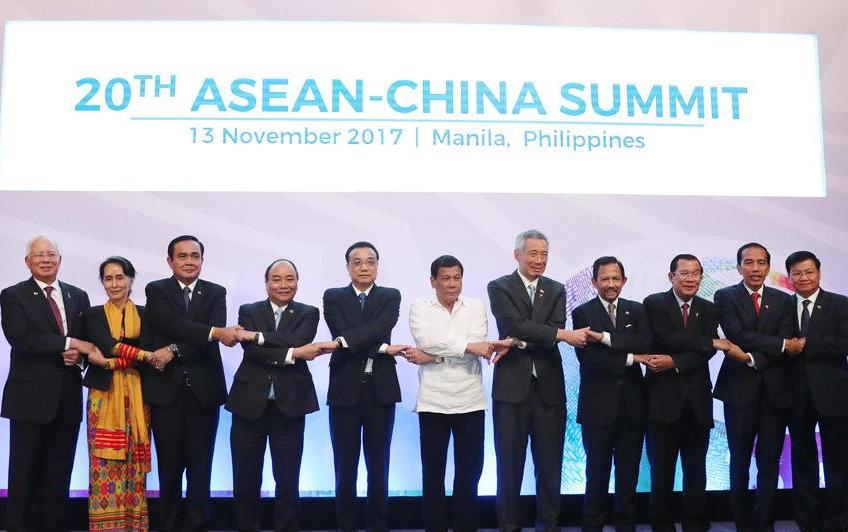 This year, Singapore carries the mantle of leadership in the Association of Southeast Asian Nations (ASEAN). From its humble beginning as a largely anti-communist club, intent on also avoiding protracted conflict among its nascent post-colonial members, the ASEAN has evolved into a major force for regional integration.

To its credit, it has ably brought together former rivals and among the world’s most (ideologically and socio-economically) diverse nations under a single roof. Yet, with the rise of China and the demise of the old American-led order, the ASEAN is facing an existential moment, which may require strategic soul-searching and major institutional reforms.

The ASEAN is beginning to suffer from what I call “middle institutionalization trap”: namely, the set of institutional arrangements, which undergirded decades of peaceful osmosis and regional development, are increasingly insufficient to deal with 21st century challenges.

The regional body will either have to go big by re-asserting “ASEAN centrality” or, alternatively, risk breaking down into irrelevance. Singapore, the region’s most developed nation, is best equipped to take on this challenge.

To be fair, the ASEAN is arguably the greatest regional institutional achievement outside Europe. Since its inception, no two or more member nations have gone to war against each other. If anything, the region has gradually inched closer to a security community, where even the threat of war as an instrument of national policy has become virtually unthinkable. This is perhaps the greatest achievement of the ASEAN.

In contrast, other regional theatres, from the Middle East to Northeast and South Asia, are embroiled in one form of inter-state conflict or another. In addition, the ASEAN has also achieved a relatively advanced form of economic interdependence, including the earlier-than-expected conclusion of a Free Trade Agreement (1992), which has paved the way for the creation of a full-fledged Common Market in Southeast Asia.

Meanwhile, the regional body, through the ASEAN Regional Forum (ARF) and ASEAN Defense Ministers Meeting Plus (ADMM-Plus) meetings, has served as a crucial platform for preserving and shaping the broader Asia-Pacific security architecture.

Every single year, the ASEAN assembles world leaders and senior officials from big powers, including the United States, China, the European Union, Russia, India and Japan. Thus, the regional body has served as a crucial interlocutor among the most powerful actors in the international system.

It is precisely because of these strategic achievements that some have raised -- perhaps prematurely -- the prospect of a unified Southeast Asia serving as the engine of integration in the world’s most dynamic region. The problem, however, is that the ASEAN is institutionally handicapped to deal with the rise of China, which is reshaping the East Asian strategic chessboard.

In both archipelagic and maritime Southeast Asia, China has willed its own reality. In response, the ASEAN has either failed to collectively recognize the existence of the problem (Mekong River) or the gravity of its consequences (South China Sea).

In the South China Sea, China claims ‘historic rights’ over much of the area, including precious fisheries, energy resources and a whole host of contested land features. As a result, we no longer can take freedom of (military and civilian) navigation and overflight in one of the world’s most important sea lines of communications for granted.

In the Mekong River, China is altering the geological configuration of the area through the construction of 28 dams in Yunnan province. The ultimate victims, however, are downstream littoral states of Southeast Asia, which have, to their utter horror, witnessed the precipitous decline in water levels, fisheries stock, and fertility of their vast agricultural lands.

Yet, on both issues, the ASEAN has failed to act in unity and hold China to account as a group. At the heart of the regional body’s institutional atrophy is the so-called “ASEAN way” of decision-making, which relies on consensus and consultation among all member states.

In principle, this should raise no objection, since inclusive deliberation is the best way to ensure unity in purpose and action among diverse nations. The problem, however, is that the concept of ‘consensus’ is, in operational terms, misconstrued as unanimity -- an outcome that is virtually unattainable on highly divisive issues.

Moreover, the ASEAN way gives de facto veto power to every single member, regardless of their interest, size or intent. As a result, self-interested external powers, particularly China, have adeptly blocked any unfavorable outcome in, or even statement from, the ASEAN by coaxing and cajoling reliable allies in Southeast Asia.

There is nothing in the current decision-making process that will stop individual member states from placing their narrow interests above that of the region. This has become an unsustainable bargain, which allowed the ASEAN to come this far in the past, but prevents it from moving towards deeper integration or achievement of internal unity on crucial geopolitical matters.

As a founding member, Singapore has had a long history of underwriting the growth and evolution of the ASEAN, including its consistent and substantial support for the Initiative for ASEAN Integration (IAI). As a major trading nation, the city-state has direct interest in preserving regional security, particularly in the South China Sea, to the best of its abilities.

The former Singaporean Prime Minister Lee Kuan Yew, who towered above most of his contemporaries in influence and wit, served as a key architect of the establishment and expansion of the organization over the years.

Equipped with among the most experienced diplomats, and a non-party to major regional geopolitical flashpoints, Singapore is in a sweet spot to facilitate effective management and prevention of conflicts that beset Southeast Asia.

As the rotational chairman, Singapore has the prerogative to set the agenda for the region and, if necessary, veto points of view it deems inimical to regional interest. More importantly, it can use its influence and strategic innovativeness to kick start, at the very least, discussions on institutional reforms and capacity-building initiatives. The ASEAN could consider adopting a Qualified Majority (QM) voting procedure on sensitive politico-security or economic issues, where garnering unanimity has proven elusive. Alternatively, the ASEAN could expand the scope of issues covered by the “ASEAN Minus X” (ASEAN-X) formula. Both modalities empower a majority of members, rather than a single minority, to shape the trajectory of the regional body. The status quo simply breeds deadlock and risks institutional paralysis, where collective unity is most needed.

In parallel, the ASEAN could also adopt a ‘minilateralist’ approach, whereby a select number of like-minded members closely cooperate in addressing a specific set of challenges. In the South China Sea, for instance, Southeast Asian claimant states can themselves negotiate a legally binding Code of Conduct (COC), which is based on international law and protects the interests of smaller claimant states.

This way, the ASEAN wouldn’t (as it has done over the year) cede initiative to China, which has dragged its foot, for almost two decades, on negotiating the rules of the road in the area. The ASEAN is fast approaching a crossroads, which will determine the future of peace in East Asia. Thus, Singapore holds the crucial responsibility of steering the region in the direction of reform and reinvention rather than irrelevance and atrophy.

ASEANChina-ASEAN RelationsChina Development
printTweet
You might also like
Back to Top
CHINA US Focus 2018 China-United States Exchange Foundation. All rights reserved. Disclaimer