The International Order and China-U.S. Relations Are Still Stable

When judging trends in China-U.S. relations, first we should observe the overall world situation and the overall situations within each country. In recent years, world economic growth has slowed down, but China and the United States remain the two largest engines driving the world economy. Globalization is still moving forward, while its momentum has suffered a setback. Nationalism, protectionism, and populism are generally on the rise in all countries; the gap between rich and poor is growing; sectarian and ethnic conflicts are prominent; refugee issues are serious; and violent terrorist activities have been frequent. The “disorder” phenomenon, which impacts global security and stability, has been gloomy. All this urgently requires more efforts to strengthen great power coordination and cooperation, consolidate the present international order, promote economic prosperity, address social justice on a global scale, and prevent geopolitical confrontation. 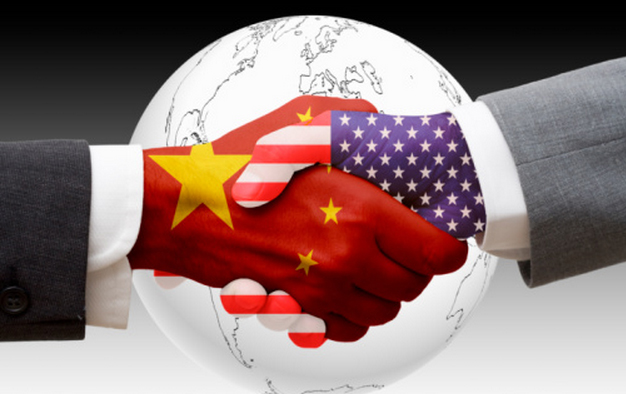 Since the 18th Party Congress, China has adhered to the judgment that peace and development is the mainstream of the times. China’s leadership has persisted in reform and opening up, reaffirmed the path of peaceful development, and continued to pursue a policy of neighborly friendship with peripheral countries. China is a beneficiary, defender, contributor, and builder of the international order, and it does not want to “set up its own system” internationally. Chinese leaders attach great importance to the stability and development of relations with the United States, and they are working hard to deepen contacts with U.S. officials, business circles, and society.

Since the Obama administration came to office, there have been clear adjustments to domestic and foreign policies. Its foreign policy has stuck to the principle of “economy first” and stressed multilateral diplomacy and “smart power;” it has been prudent in the use of force overseas, reduced national-defense expenditures, and upheld a policy of “don’t do the stupid stuff” ; it has improved relations with Cuba and Iran, two countries with which it has deep-seated feuds. However, U.S.-Russia relations have stagnated and the counter-terrorism situation is not bright. President Barack Obama has reiterated that the United States welcomes the rise of a peaceful, stable, and successful China, that China’s political stability and economic success are in the interest of the United States, and that the United States hopes to strengthen cooperation with China.

During the past few years, China and the United States have maintained dialogues in the area of international security. Despite issues such as the U.S. interference in the South China Sea disputes and its plan to deploy the Terminal High Altitude Area Defense (THAAD) in South Korea, China and the United States have nevertheless avoided direct conflict and serious crisis. The Chinese and U.S. militaries have gradually built multifaceted and multilayered dialogue and exchange mechanisms. China-U.S. bilateral trade is on its way to surpass China’s trade with the EU. Economic and trade cooperation mechanisms between some of China’s provinces and cities with relevant U.S. states has become a new format, and investment by Chinese businesses in the United States is growing rapidly. China’s “13th Five-Year Plan” included the five development concepts of innovation, coordination, green energy, openness, and sharing, and it gives more opportunities for China-U.S. cooperation. Cultural and educational exchanges have continued to expand between the two countries, and bilateral tourism is increasingly convenient and growing rapidly.

Cooperation by both countries on global governance issues such as climate change has become a highlight. Economic cooperation and cultural exchanges are the “ballast stone” and the “thrusters” of China-U.S. relations. During President Xi Jinping’s visits to the United States in September 2015 and in March 2016, he emphasized many times that “the common interests shared by China and the United States are far greater than their differences.” This is an important judgment of the facts, and it is absolutely not diplomatic rhetoric.

First, bilateral cooperation in the areas of economics and trade, culture, and global governance has deepened, which has developed into a stark contrast with the intensifying in the two countries’ strategic competition in the area of Asia-Pacific security. The United States has implemented the strategic adjustment of the “Asia-Pacific rebalancing” in recent years, and has stepped up its vigilance against and constraint of China. The United States has increased its military presence, drills, and surveillance in China’s periphery, consolidated its Asia-Pacific security alliance system, and curried favor with some countries that have territorial disputes or historical grudges with China. The US has involved itself in the South China Sea disputes in a high-profile way, has decided to deploy the THAAD system in South Korea, and has continued to develop military relations with Taiwan. These actions have unavoidably exacerbated China’s suspicions about whether the United States wants to implement a comprehensive “containment” strategy toward China. If an emergency occurs in which the two countries’ militaries or law enforcement agencies collide with one another in the South China Sea or another area in East Asia, this could easily turn into serious strategic confrontation, directly impacting the direction of both countries’ domestic political and economic development, and shocking the international order.

Second, the striking trend of China-U.S. strategic competition has been getting far greater media coverage and popular attention than encouraging and positive news about the China-U.S. relationship. This contrast is very natural, particularly with the trend of social media increasingly becoming the populace’s main channel for understanding the situation at home and abroad. Also, given the huge differences in social systems and ideologies between the two countries, promoting “good things” about the other country or bilateral exchanges might incur some political risk. Although the Chinese and U.S. governments have been maintaining frequent and smooth communication at their higher levels with a good atmosphere in those exchanges, both countries’ popular public opinion often “does not buy into it,” continuously demanding their respective government to be “tougher” toward the other country. In the process of this year’s U.S. general elections, both parties’ presidential candidates are scrambling to ensure that they will adopt a firmer China policy after winning the election, particularly in economics and trade. This domestic political context and opinion environment has, to a great extent, offset the actual benefits of China-U.S. cooperation and has also increased the difficulty of reaching some strategic agreements. A mistake in any “gesture or motion” in China-U.S. relations could trigger a war of public opinion or political conflict.

The above-mentioned three intense contrasts are nothing new, as they have gone on for more than 10 years. The China-U.S. balance of power is changing, strategic competition is on the rise, and social media is increasingly developed, all of which will intensify the above-mentioned contrasts. We can say that China-U.S. relations have entered a “new normal” in which competition and cooperation grows simultaneously and domestic factors exert a greater impact on the bilateral diplomacy. However, it may be erroneous to conclude that the relationship has gone into a “turning point from quantitative change to qualitative change” or that it will continue “on a downward spiral.”

A Struggle Over Rules

In many international fields, China and the United States are adhering to the same or similar rules. This is the foundation of bilateral cooperation. However, in the “new normal” of China-U.S. relations, a struggle over principles and rules has increasingly become the focus of their contention.

In economics, the United States is attempting to formulate or strengthen a series of international rules that limit the development of State-owned enterprises, raise labor standards, allow the free flow of information, protect the ecological environment, and protect intellectual-property rights by negotiating the Trans-Pacific Partnership (TPP), the Transatlantic Trade and Investment Partnership (TTIP), and the Trade in Service Agreement (TISA). Among them there are some rules (i.e., discrimination against State-owned enterprises) that China cannot accept. The United States has not recognized China’s market economy status and has not joined the Asian Infrastructure Investment Bank (AIIB) that China advocated and helped to establish. Washington has adopted a wait-and-see position on China’s “One Belt and One Road” initiative, proposed harsh conditions in negotiating the Bilateral Investment Treaty (BIT), and imposed barriers to exporting high-tech products to China. To maintain the dominance of the US dollar, the Americans have taken a negative attitude toward expanding China’s voting rights in international financial organizations and toward the internationalization of the renminbi. The US government has applied national security review as a means to limit the growth of Chinese business activities (including those of the privately owned enterprises) in the United States. All these American positions and activities indicate that the U.S. is attempting to “regulate” China’s domestic and foreign economic policies and behavior to establish and protect rules that are beneficial to the United States alone. The incompatibility of the two countries’ economic models is a bigger barrier than it was before.

In the area of international security, Chinese people see the South China Sea as their “ancestral sea” and they stress the principles, rights, and interests in the South China Sea and other issues related to national sovereignty and territorial integrity, but the United States insists that the vast majority of the South China Sea’s waters are international waters and sticks to the principle of “freedom of navigation based on international law.” Geopolitical struggles are actually behind the dispute over these principles. Both China and the United States attach a high degree of importance to cybersecurity and regard each other as one of the main sources of cybersecurity threats they face, but the two countries have very different focal points: China is more concerned about political infiltration of its domestic network that may undermine the leadership’s authority, while the United States is concerned about “online hackers” stealing US commercial secrets or attacking security agency websites.

What Should Be Done in the “New Normal”?

I co-authored a joint report titled Addressing China-U.S. Strategic Distrust with US China expert Dr. Kenneth Lieberthal in 2012, in which we suggested that the governments, think tanks, and civil societies of the two countries open up new dialogues to reduce mutual suspicion. I notice now that four years later the mutual suspicion and distrust we observed at that time has not only failed to diminish but has actually amplified and deepened. Chinese people fear that regardless of who moves into the White House in 2017, the United States will put more pressure on China to restrain its behavior. American observers have expressed concern and perplexity over China’s new political and economic situation, and they worry that China is replacing Deng Xiaoping’s strategic concept of taoguangyanghui – hiding capabilities and biding time — with more aggressiveness toward its neighbors and the United States. The increase in China-US strategic distrust seems to have been ingrained in the new normal of China-US relations.

The joint report Dr. Lieberthal and I co-authored concluded that if measures to reduce mutual distrust were proven ineffective, then it would require both leaderships to consider how to carefully manage US-China relations so as to maximize cooperation and minimize the tensions and conflict, despite each side’s deep distrust of the long-term intentions of the other. I believe that the two governments have been rather successful in managing their differences and avoiding possible crises, and they have the determination and the ability to continue safeguarding the overall China-US relationship. In the new normal, both sides need to direct their efforts at clearly explaining to their people the strategic intent of no conflict and no confrontation as well as their willingness to cooperate, which both governments have repeatedly communicated to each other, so as to reduce interference by chaotic public opinions and form broader political consensus at home.

Dr. Henry Kissinger proposed in his book On China that China and the United States should establish a relationship of “co-evolution,” in which “both countries pursue their domestic imperatives, cooperating where possible, and adjust their relations to minimize conflict.” I think “co-evolution” also means “peaceful competition.” Finding out which country is able to handle its domestic affairs better and make its people more satisfied is the most meaningful competition between China and the United States.