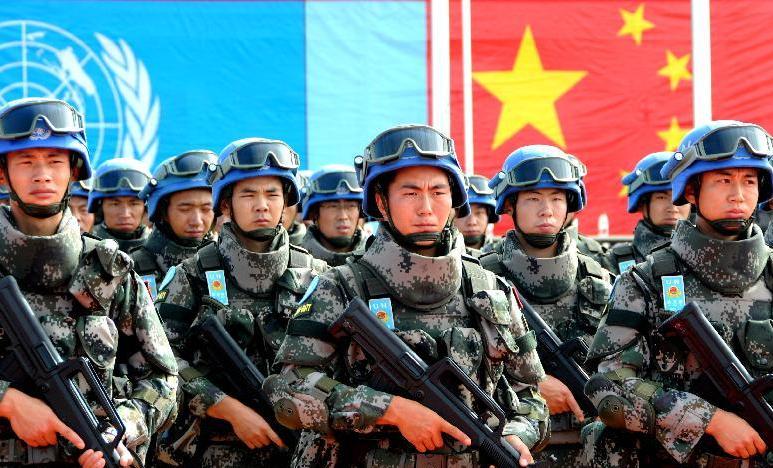 What role China will play internationally, especially since becoming the world’s second largest economy in 2010? How will it use its international capabilities and military strength? With whom will it cooperate? These questions have been challenging observers since the beginning of this century. This article will attempt to answer these questions.

Contemporary Chinese diplomacy is aimed at peaceful development. China’s rise is indisputable. It’s not the speed of this rise that concerns the international community, though. Although the Chinese government put forward the Five Principles of Peaceful Co-existence in 1955, many around the world talk about the Thucydides Trap. China fought three border wars during the Cold War: with India in October 1962, with the Soviet Union in March 1969, and with Vietnam in February 1979, though all three were fought in self-defense. Even though it now has a much more powerful military, China advocates a ‘community of shared future’ for all mankind centering on peace and development. In its disputes with Japan over the Diaoyu Islands, China has been firm in avoiding any resolution by force. In face of the forceful occupation of its islands in the South China Sea by the much weaker Vietnam and the Philippines, China has not used force or even threatened to do so. It is particularly worth mentioning that from mid-June to the end of August 2017, the Indian army pushed into Chinese territory in an attempt to stop the Chinese side from constructing a road, and China exercised forbearance and restraint until a compromise was made. China believes that a lasting peace is essential to its rise.

Chinese diplomacy today remains one of non-alignment. The Chinese government has excluded a military alliance with Russia and defined the bilateral relationship as a comprehensive strategic partnership. On the other hand, it has also rejected the G2 (Chinamerica) idea. Independence is a cornerstone of Chinese diplomacy. The greatest example of the non-ideological nature of Chinese diplomacy is the imposition of harsh economic sanctions on ‘socialist’ DPRK in order to denuclearize the Korean Peninsula.

Contemporary Chinese diplomacy is based on expanded economic cooperation and trade with the rest of the world. Although military technologies have progressed rapidly since the beginning of this century, leading to leap-frog expansion of Chinese military strength, Chinese diplomacy in the new century has never been militarist. China’s international position and influence have increased rapidly thanks to trade and a huge capacity for overseas. China has taken an active part in the G20 and has contributed to various economic integration organizations, including the AIIB. The Belt and Road Initiative has attracted worldwide attention.

Contemporary Chinese diplomacy remains one of a regional power rather than a global one. Obviously China’s diplomatic efforts are still focused on its surrounding areas in Northeast Asia, Southeast Asia and Central Asia. Even diplomatic games with the US occur around regional issues. China has kept away from global hotspots far from its own territory. For example, China has not been involved in the Ukraine crisis and it has remained neutral in the Syrian crisis.