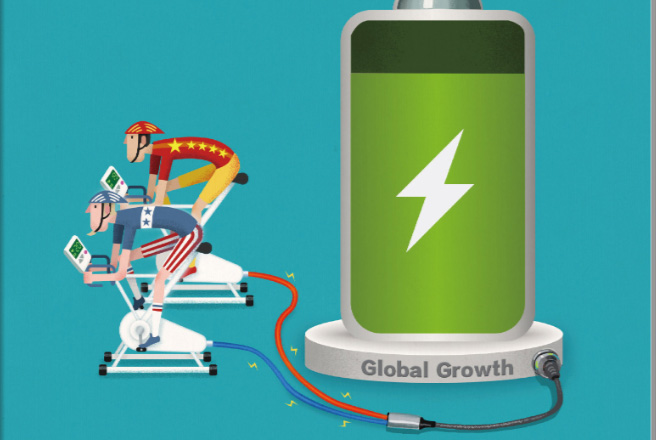 Many in China, both in and outside the government, believe that China should not tolerate this. They argue that what the United States wants from China is not just its money but its life (不仅要钱，而且要命bujin yaoqian, erqie yaoming). That leaves China no alternative but to fight for its existence. So China pushed back on a range of issues, including human rights, Hong Kong, the South China Sea and Taiwan.

Second, China–US strategic competition under the Trump administration was one where the end justified the means. To rally domestic and international support to contain China, the administration spread lies and misinformation. It branded COVID-19 the ‘China virus’, claimed that China’s Belt and Road Initiative is a debt trap and that China’s economic growth is the result of theft of American technologies and unfair economic policies.

Some Chinese retaliated, presenting the United States as a vicious monster constantly stoking conflicts overseas to advance its selfish interests in the name of defending freedom and democracy. One Chinese senior diplomat alleged that a US military lab was responsible for the COVID-19 outbreak. This trading of barbs deepened the mistrust and hostility between the two countries.

Finally, it was lose–lose competition. The trade war initiated by the Trump administration left many factories closed and many people unemployed in both countries. American consumers are paying more for imported goods. The technology war saw high-tech companies from both countries bleeding. The two countries found it difficult to cooperate on anything, even on the response to the COVID-19 pandemic.

Both countries imposed sanctions on each other’s companies and officials, closed down each other’s consulates, traded insults and attacks, and suspended most official channels of communication. The two countries’ warships and military aircrafts tried to out-manoeuvre each other in close proximity in the South China Sea and the Taiwan Strait, escalating the risk of an accidental military clash.

But closer analysis suggests that despite the tough rhetoric, the Biden administration’s understanding of the strategic competition may be quite different from that of the Trump administration.

Biden appears to favour a strategic competition to outperform rather than to undermine the other. At home, it promises to focus on issues like restoring unity, freedom and democracy, investing more in education and science, and reversing the trend of economic polarisation that has frustrated and angered many Americans.

Overseas, the Biden administration claims that it will try to restore relations with US allies and rally international support to tackle global challenges, including the COVID-19 pandemic, economic recovery and growth, and climate change. While accepting that some aspects of China–US relations are increasingly adversarial, the new US administration also argues that the two countries share important interests in other aspects, providing opportunities for cooperation.

The new administration appears to resist the idea that the end justifies the means. It condemns Trump’s spreading of lies and misinformation, claiming that it will instead develop policies based on principle and fact. Top Biden officials indicate that they will reassess some of Trump’s China policies.

Crucially, the Biden administration does not believe that all-out confrontation with China serves US interests. During the presidential election campaign, Biden risked losing popular support by declaring that he perceives China as a strategic competitor rather than an enemy. While endorsing a tough approach toward China, US Secretary of State Antony Blinken also said that Biden’s China policy will be different from his predecessor’s. The new administration will confront China on some issues, while seeking to collaborate in other areas where the two countries share interests.

Although the Biden administration’s approach to strategic competition is quite different from the Trump administration’s, it does not necessarily follow that China–US relations will stabilize and improve. How the Biden administration actually deals with the thorny issues between the two countries is yet to be seen. It will also depend on how China responds to US actions. Given the strong negative pubic sentiments toward each other, and their increasingly divergent domestic political practices, a truly benign strategic competition still remains difficult if not impossible to achieve.